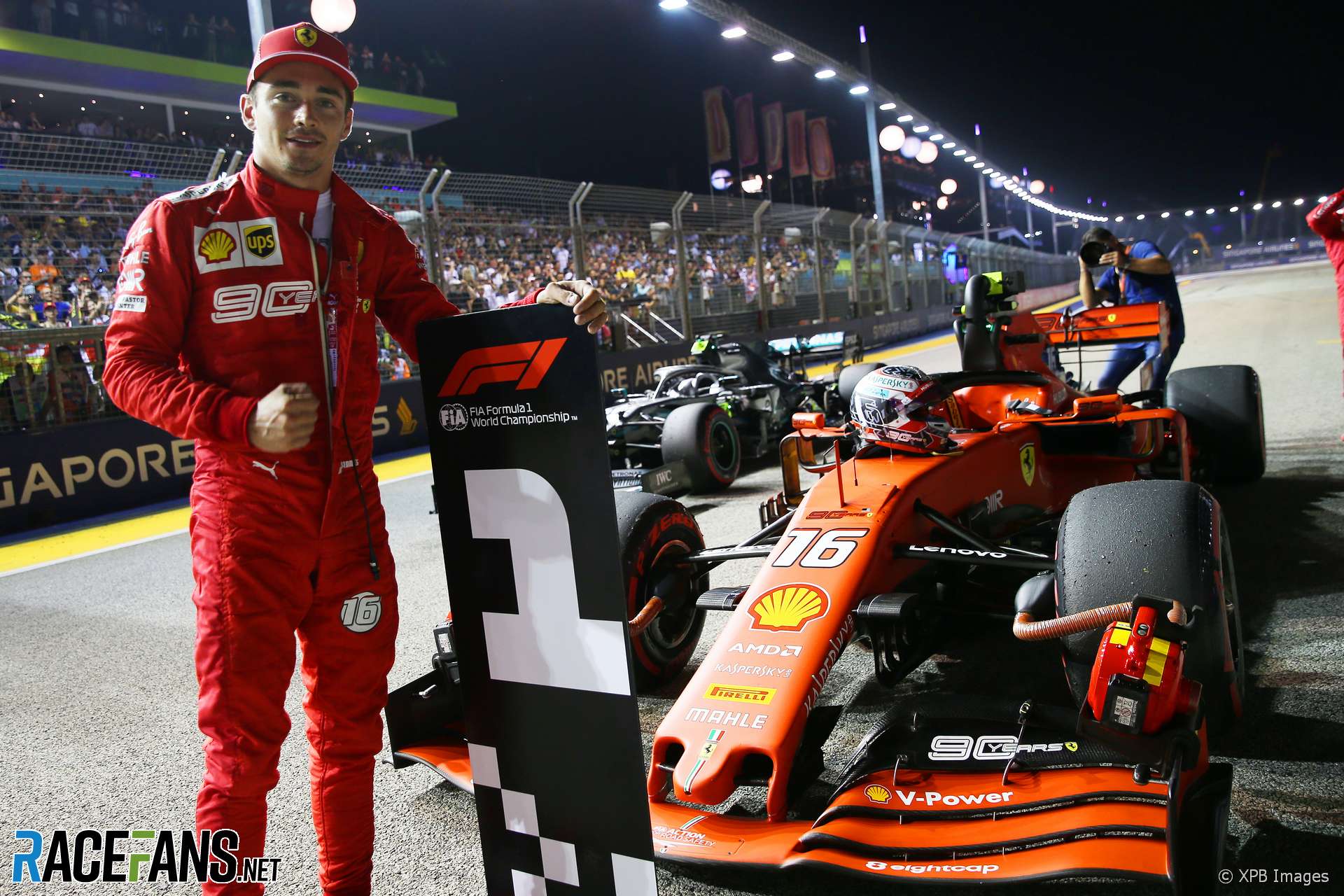 Charles Leclerc said he was surprised his final lap in Q3 was quick enough for pole position after making at least two significant mistakes.

“It was quite a crazy lap,” said the Ferrari driver after taking his fifth pole position of the season. “The first one I compromised it, I started the lap too close to Lewis [Hamilton] and that compromised the second sector.

“So then I had quite a bit of pressure to perform on the last lap so I gave it all. There were quite a bit of mistakes I lost the car quite a few times and I’ve seen myself in the wall at least twice or three times in the lap.

“But it felt amazing, the car was great. Friday was a very difficult day for me and to come here and qualify and do the pole position feels absolutely amazing.”

Leclerc said there were two many points on his lap when he thought he was going to hit the barrier. “It [was] the exit of turn three and exit of turn 11. These ones were quite big times.

“I was actually quite surprised I didn’t lose so much time by losing it that much. But everything after that went smooth and I was just giving it all. So it’s all quite intense in the car.”

Ferrari arrived in Singapore expecting a difficult weekend on a high-downforce track having struggled on similar circuits recently. Leclerc said he was “very surprised” to have taken his third pole position in a row.

“Even though we knew that there was a bit more to come yesterday we did not expect to challenge either the Mercedes [or] Red Bull. So it’s quite a surprise for the whole team.

“But it just proves how good a job they’ve done back at the factory. Today it’s also thanks to them that we’re on pole.”

10 comments on “Leclerc: ‘I thought I was in the wall two or three times’ on pole lap”