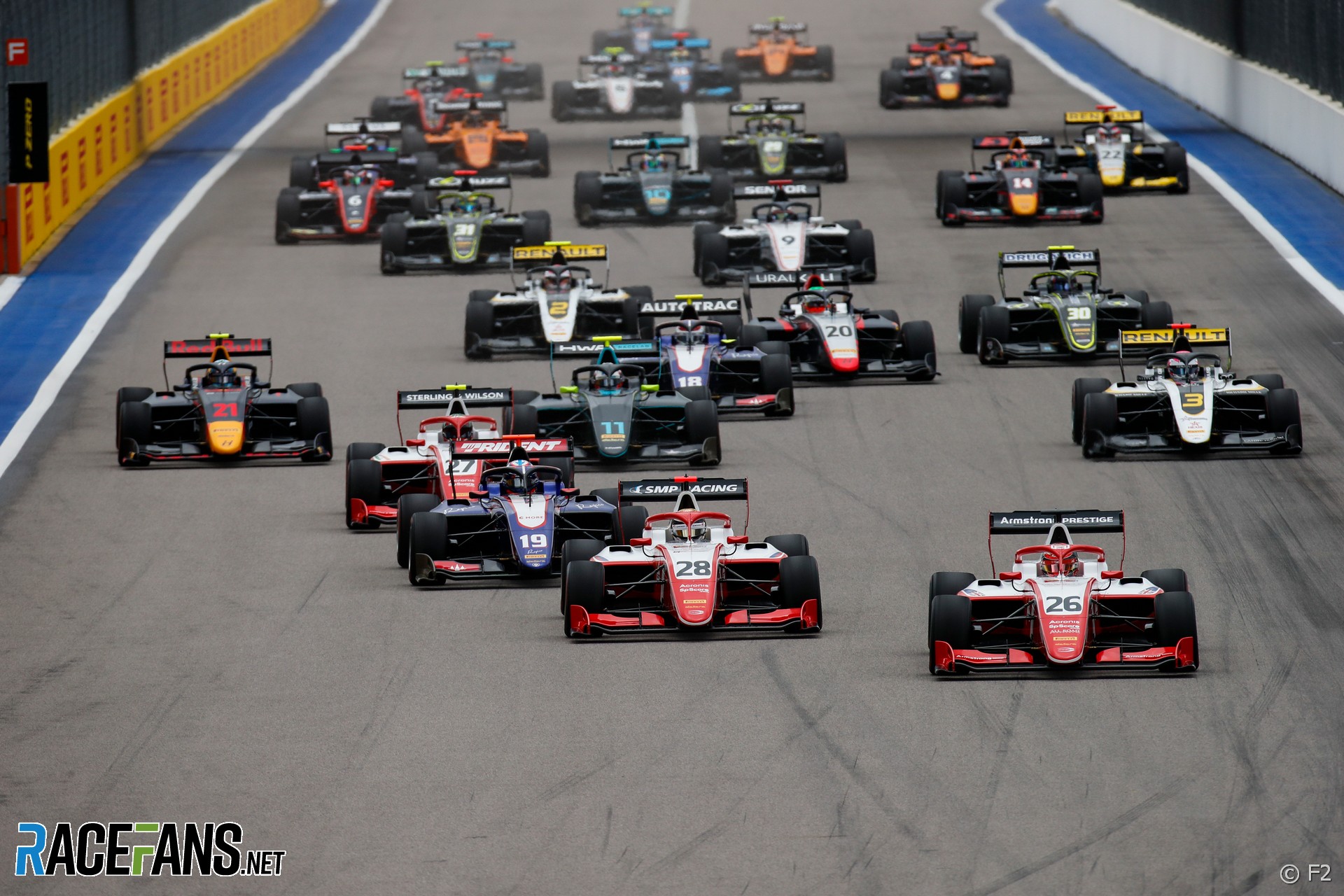 Robert Shwartzman has won the Formula 3 championship despite losing victory in his home race at Sochi Autodrom on the final lap.

Marcus Armstrong passed his Prema team at the start of the final lap to score his third win of the year. But Shwartzman, already a three-time winner this year, clinched the title with third place in the penultimate round of the season.

The pair swapped the lead multiple times in the race after Armstrong took the lead from pole-sitter Shwartzman at the start. The race was disrupted by a series of Virtual Safety Car and Safety Car interruptions early on as intermittent rain fall caused several of their rivals to spin out.

Shwartzman, a Ferrari Driver Academy member, went into the final race weekend of the year with a 33-point lead over team mate Jehan Daruvala. However Daruvala, who started alongside Shwartzman on the front row, dropped back early on in the race and lost touch with his championship rival.