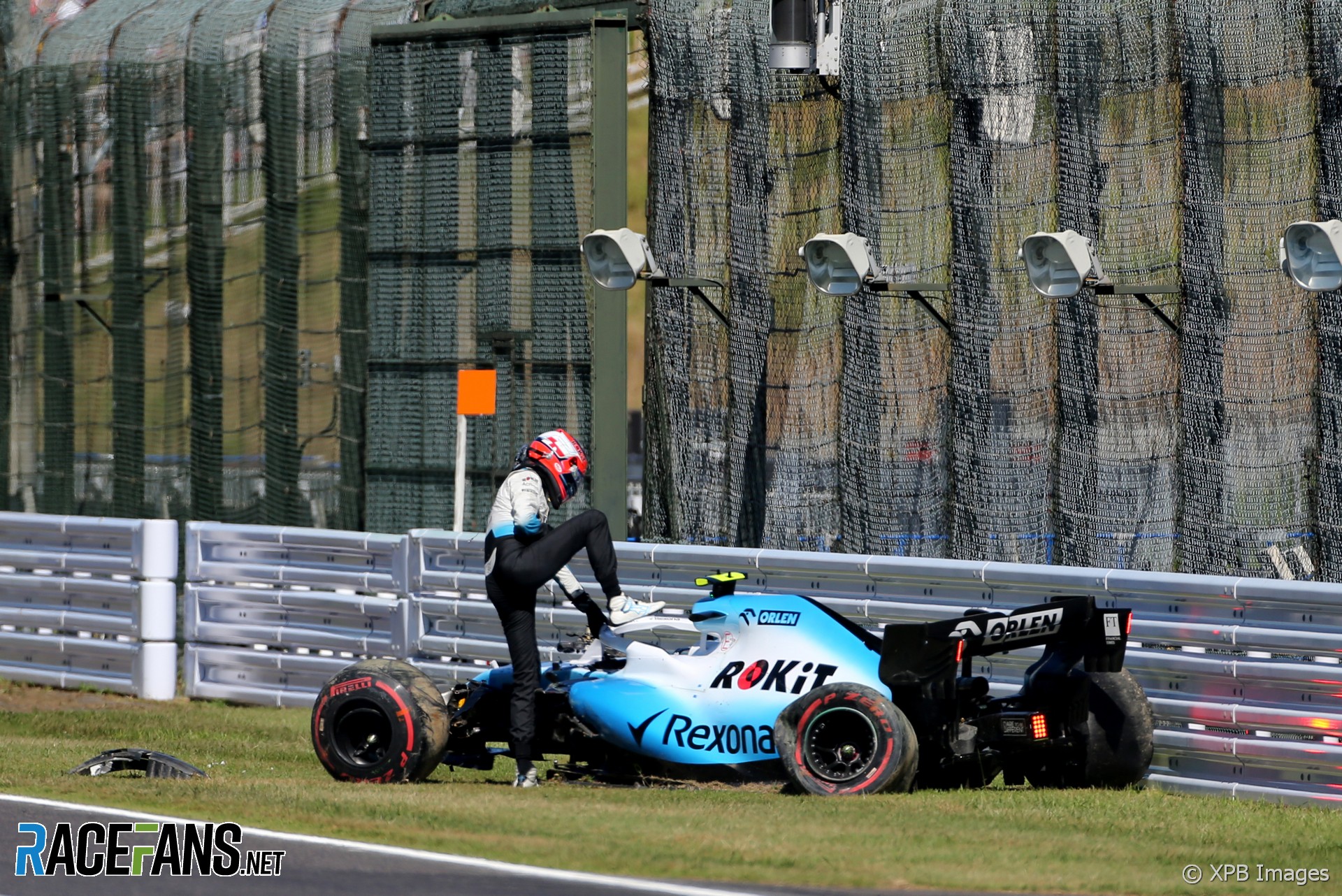 Williams say they are confident Robert Kubica will be able to take part in the Japanese Grand Prix after changing his chassis following his crash in qualifying.

The team, which withdrew Kubica from the previous race in Russia due to concern over a shortage of parts, confirmed they have sufficient spares for a new chassis to be built up. However Kubica’s crash in Q1, just four hours before the race is due to start, leaves them with little time to complete the job.

Williams is one of three teams who are facing a race against time to complete repair work on their cars in time for the start of the race, following the postponement of qualifying due to Super Typhoon Hagibis.

Kevin Magnussen also crashed his Haas during qualifying. Although he was able to drive back to the pits for repairs he took no further part in the session. Like Kubica, he has been granted permission by the stewards to start the race despite not setting a time in Q1.

Renault is also repairing a hydraulic leak which occurred on Nico Hulkenberg’s RS19 during Q2. The team has confirmed they have identified the source of the leak and is working on fitting new parts in time for Hulkenberg to take the start of the race in just under two hours time.