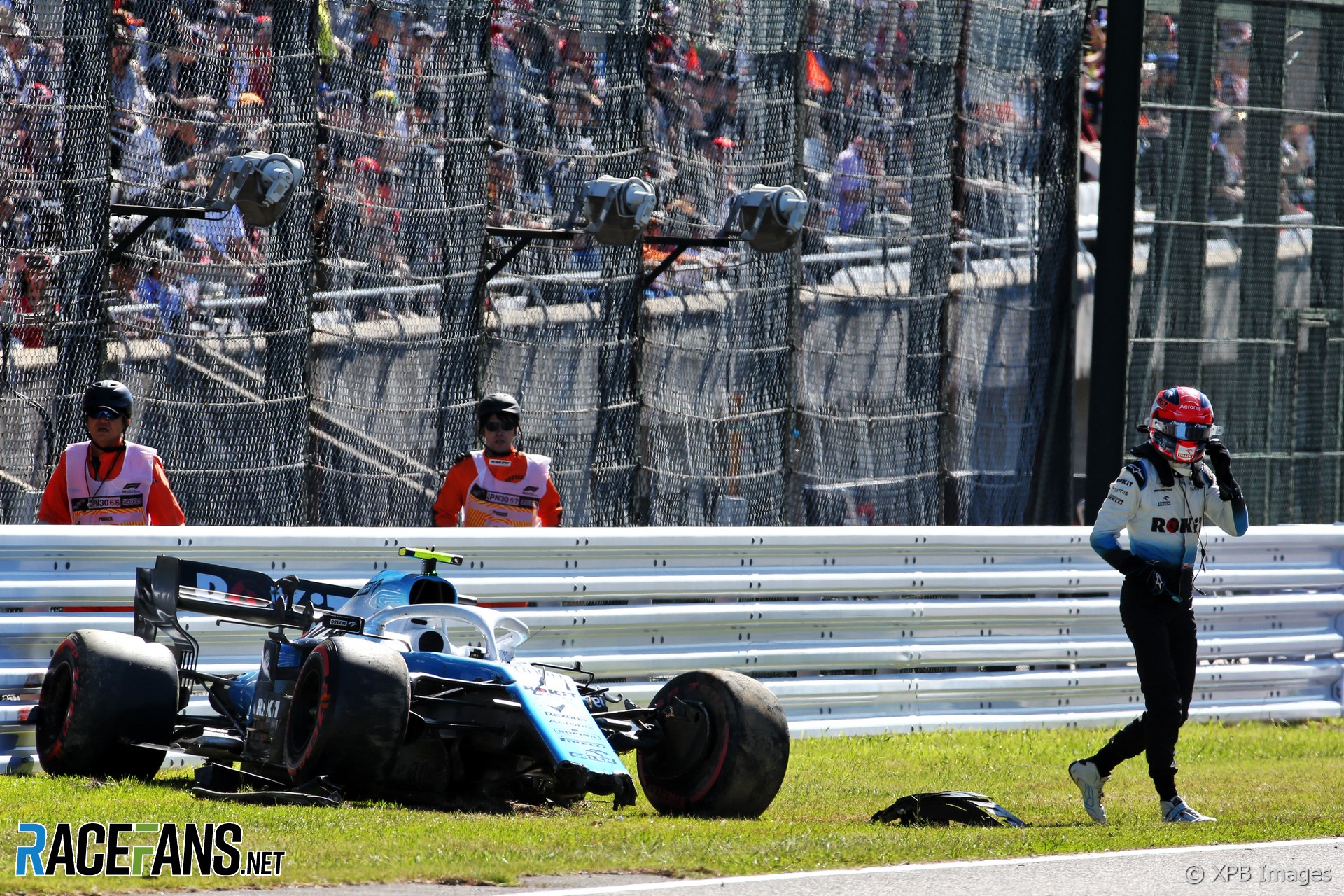 Robert Kubica said his driving error was only part of the reason he crashed at the start of qualifying at Suzuka.

However the Williams driver was unwilling to expand on the other causes for his crash at the exit of the final corner as he began his first lap in the session.

Kubica said he paid “a high price for that really small off” when he understeered wide into the barrier.

“I just accelerated opening the lap,” he explained. “Probably there were a few factors which contributed to this.

“I put the rear wheel slightly off the track, missed the space and that was over, I was on the grass and the wall came quite quickly.

“As I said I think there’s a few factors which are contributing. I don’t want to go too much into the details. But let’s say the whole story started before qualifying.”

Speaking on the radio immediately after the crash Kubica said “I’m OK but it’s a fucking joke.”

Teams have a limited amount of time to repair their cars before the start of the race, which is due to start less than three hours after the end of qualifying. Kubica’s car was withdrawn from the previous race in Sochi due to a shortage of parts.

Kubica wasn’t the only driver to crash at the final corner. Kevin Magnussen, who spun into the same barrier a few minutes after the session restarted, said “I think I got a massive [gust]. It’s very gusty today, I lost the rear.”