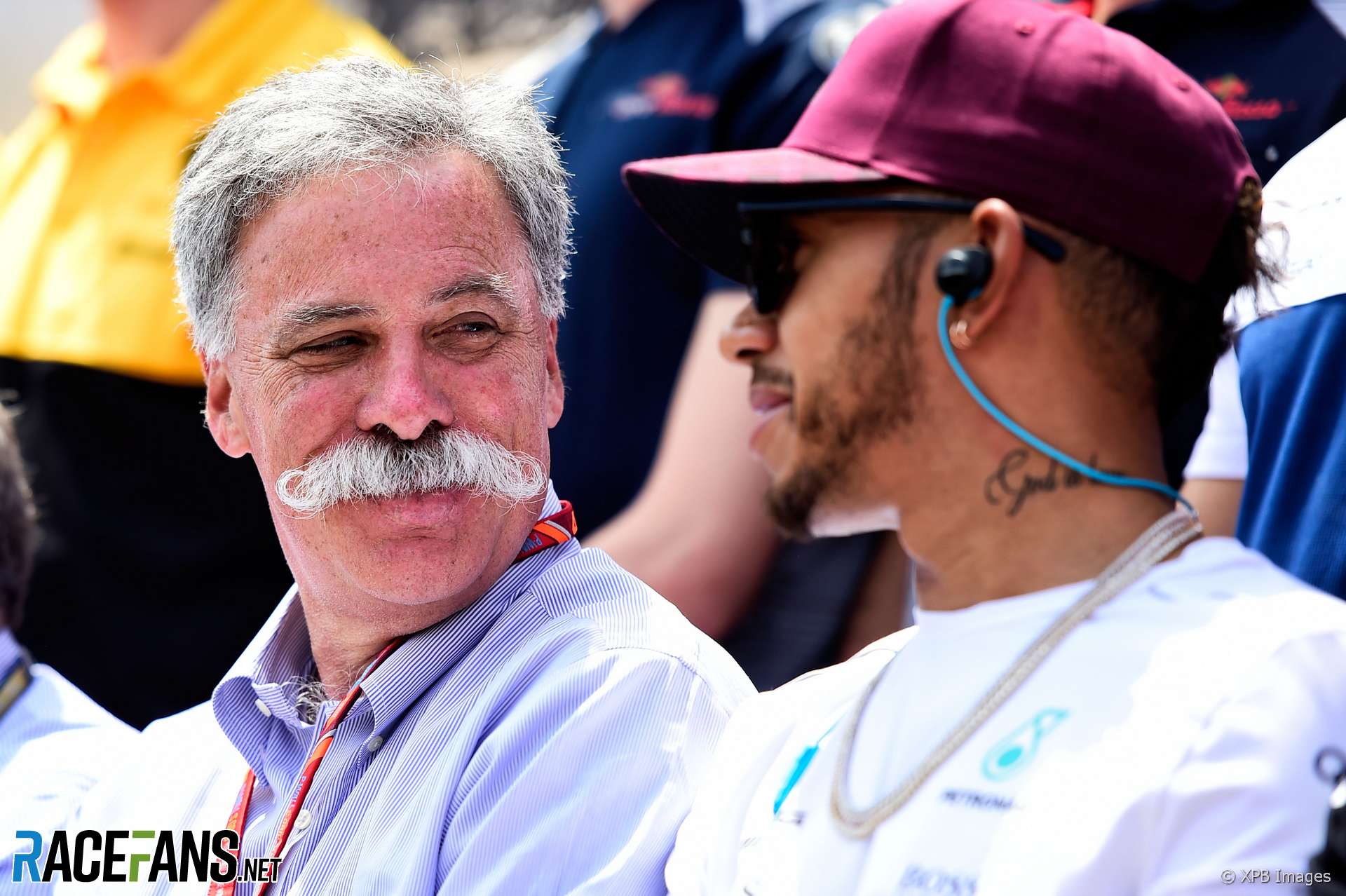 Lewis Hamilton endorsed Formula 1’s target to reduce its carbon emissions to “net zero” and said he is in discussions over how he can help the sport promote its environmental credentials.

The Mercedes driver, who has become a passionate advocate of environmental causes, said he has spoken to Formula 1 CEO and chief executive Chase Carey about how he can promote the initiative.

“I definitely am open to working with Chase and with his team and the FIA,” said Hamilton. “I’ve been talking to Chase for two, three years saying that we’ve got to do something. We’ve not quite yet figured out what that role is, but it’s something in that area.”

Hamilton has previously said he is pleased the sport’s current owners, Liberty Media, replaced Bernie Ecclestone because the former F1 chief had no interest in making the sport more sustainable.

He believes the sport can achieve its goal if they “put the investment” in. “It’s not like they’ve got a lack of money to make the changes,” he said.

“I think the teams have to also be willing to participate. I know my team, Mercedes, is. I’ve not heard or read about Ferrari or any of the other teams, particularly, but maybe they are also with it.

“They need to be on the same journey because it’s going to take the whole of the sport to to make the change.”

F1 will have to be “really strict” to reduce the waste and emissions produced by its events, Hamilton added. But he believes imposing the changes should be straightforward.

“When you go to all these different countries, particularly the ones the new ones that they’re bringing onto the circuit, [it’s] super easy for them to implement already in a contract to say from day one this is what we’re going to [do to] be sustainable.

“For the other ones, they’ve got plenty of time to make change, particularly for the following years. So I don’t see why it won’t happen.

22 comments on “Hamilton in talks with Carey over environmental role”