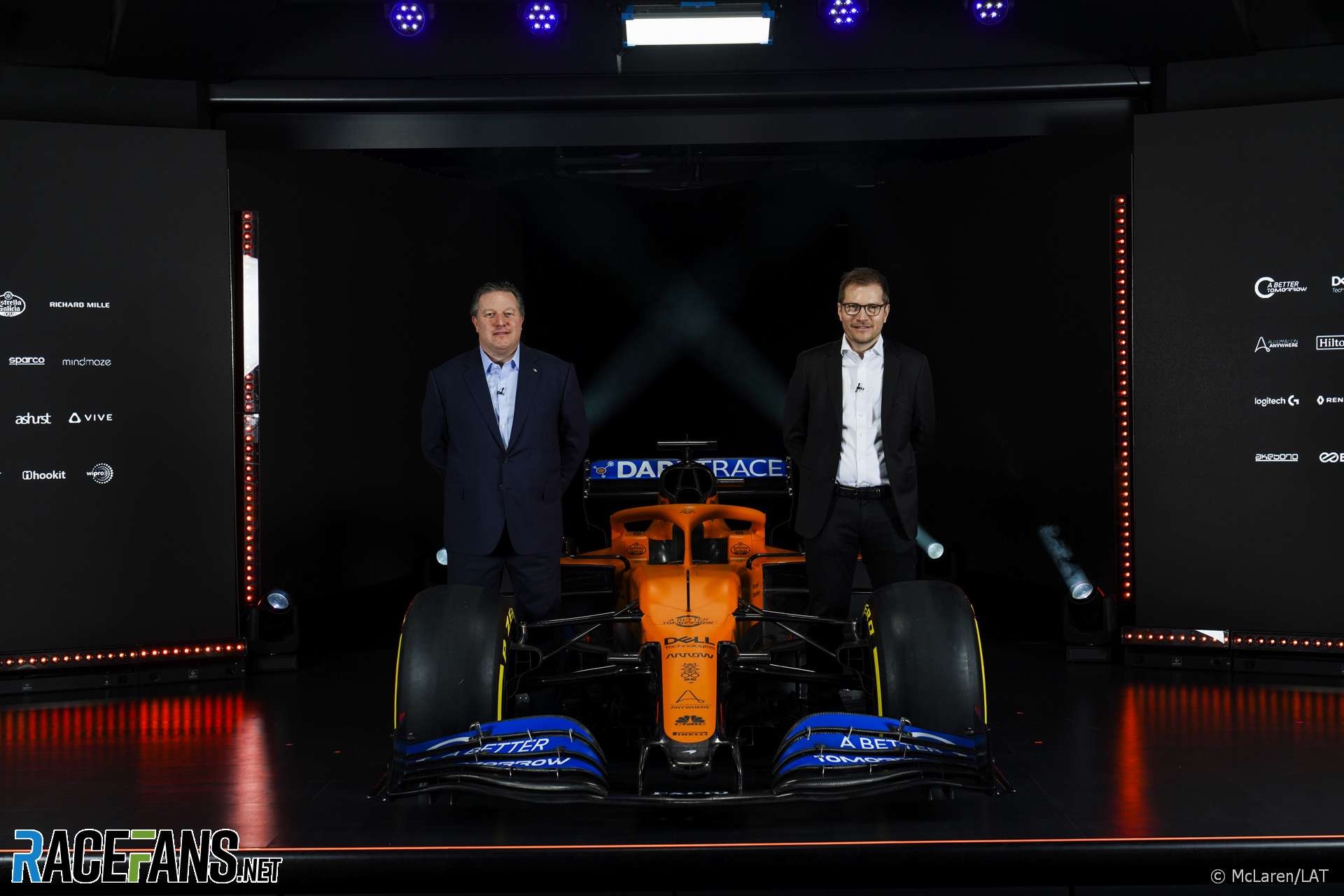 McLaren hasn’t been tempted to sacrifice its development plans for this year to concentrate on the major regulations changes for the 2021 F1 season.

Earlier this week Renault, who McLaren beat to fourth place in the constructors’ championship last year, said they will put all their efforts into their 2021 programme at the first opportunity. But McLaren team principal Andreas Seidl indicated his team’s approach will be more balanced.

“I think for us it was clear straight from the beginning that we don’t know, for example, sacrifice 2020 to get a better start to ’21,” he said.

“For us what was important and we were fully aligned on this to make the next step in ’20 as a team with the car and also the way we operate as a team. And we look forward now, similar to everyone else, to have a strong start into the season because that might make it a bit easier to switch some resources to an early point.”

The team’s technical director James Key said McLaren will adapt its preparations for next year depending on his this season goes.

“We have a plan A,” he said. “You need a B and C as well under the circumstances.

“I think it is a tough one. Every team faces this to a certain extent. But you know where we are, you’ve got this sort of funny mix of wanting to continue the positive momentum this year, but keep a very close eye on what is happening ’21 as well. We’ve planned around that.

“We know what we have planned and would like to do and we’ll adjust that a little bit depending on where we are. But there’s no carry-over from this year to next year. It really is a blank sheet of paper. So you have to very finely balanced that through the season.”