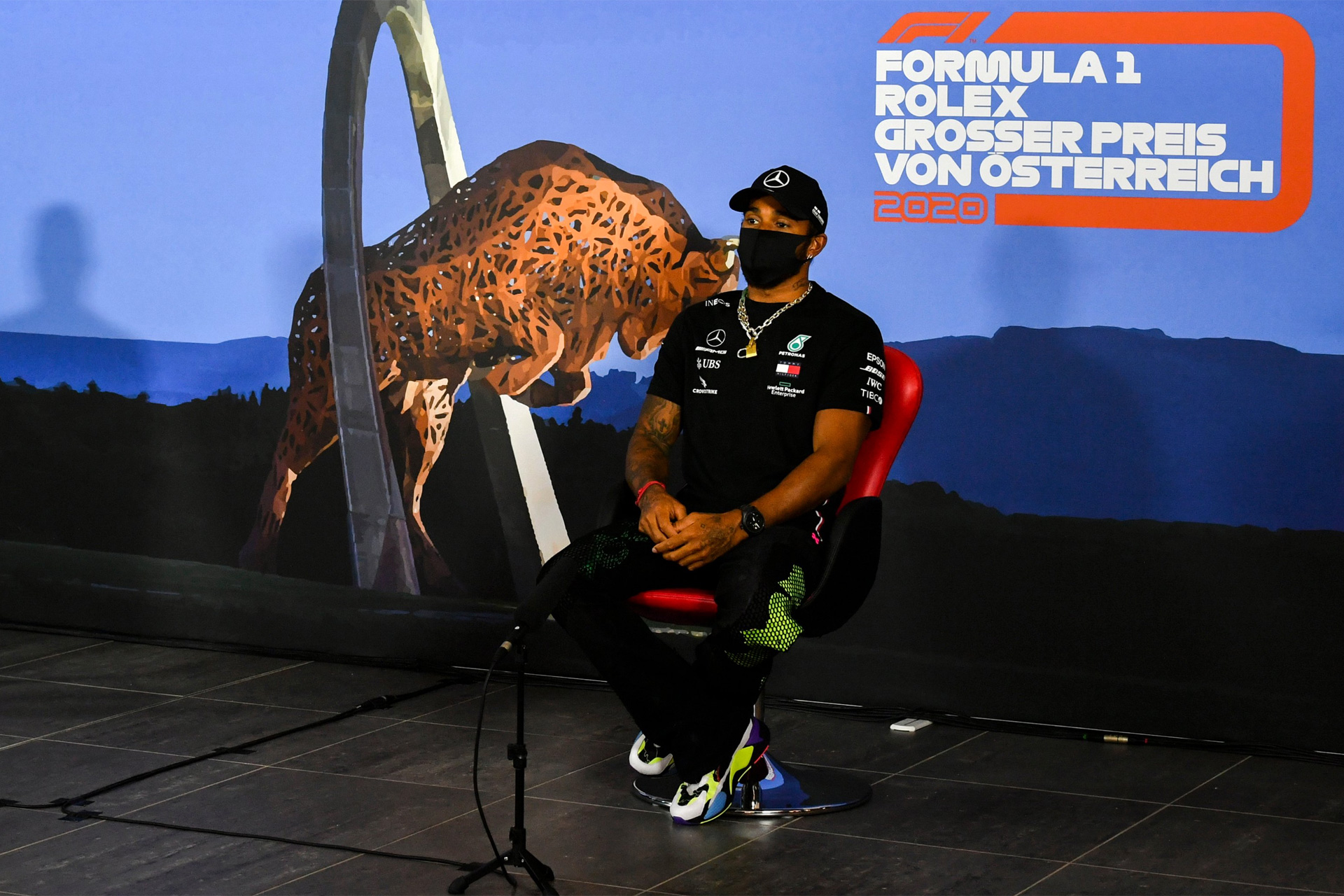 Lewis Hamilton expects all drivers to make a show of unity ahead of the Austrian Grand Prix, but said it won’t necessarily involve them ‘taking a knee’.

Competitors in other sports have made the gesture in recent weeks in support of the anti-racism protests which arose in America and other countries following the death of George Floyd.

Hamilton, whose Mercedes team have repainted their car black and added the slogan ‘end racism’ to highlight their commitment to improving diversity, said he is “sure” the drivers will make some kind of pre-race gesture on Sunday.

“It’s going to be the first race,” he said. “I think already as a team, we have shown quite a big acknowledgement of where we are in society today and that we are not standing still, we are moving ahead. It will be interesting to see if any other team is doing anything.

“But we will, I’m sure, as drivers all stand to represent something.”

Lando Norris previously indicated drivers will discuss what they might do in their meeting tomorrow.

“We haven’t all spoken [yet],” said Hamilton. “I’m sure that during this weekend we will.

“It’s not something that’s been on top of my mind. I’ve been asked the question multiple times, and it’s not really been a priority for me have a plan to kneel at the start line. So we’ll see [on] Sunday.

“I think whatever we do, we’ll try to do it united. I think it’s really important that we remain united, or we become united I would say also in this sport. We really do have to fight for the injustices and the inequality.”

Hamilton said it’s important drivers do more than make one-off references to the issue on social media and continue to keep it in the public consciousness.

“It’s not enough to just take a moment to post ‘Blackout Tuesday’ or whatever it may be and then go back to our regular lives,” he said. “It has to continue.

“Each of us, our voices are powerful and if we bring them together collectively, we can have huge impact. So I do think it’s sustainable if we all stay on it.”