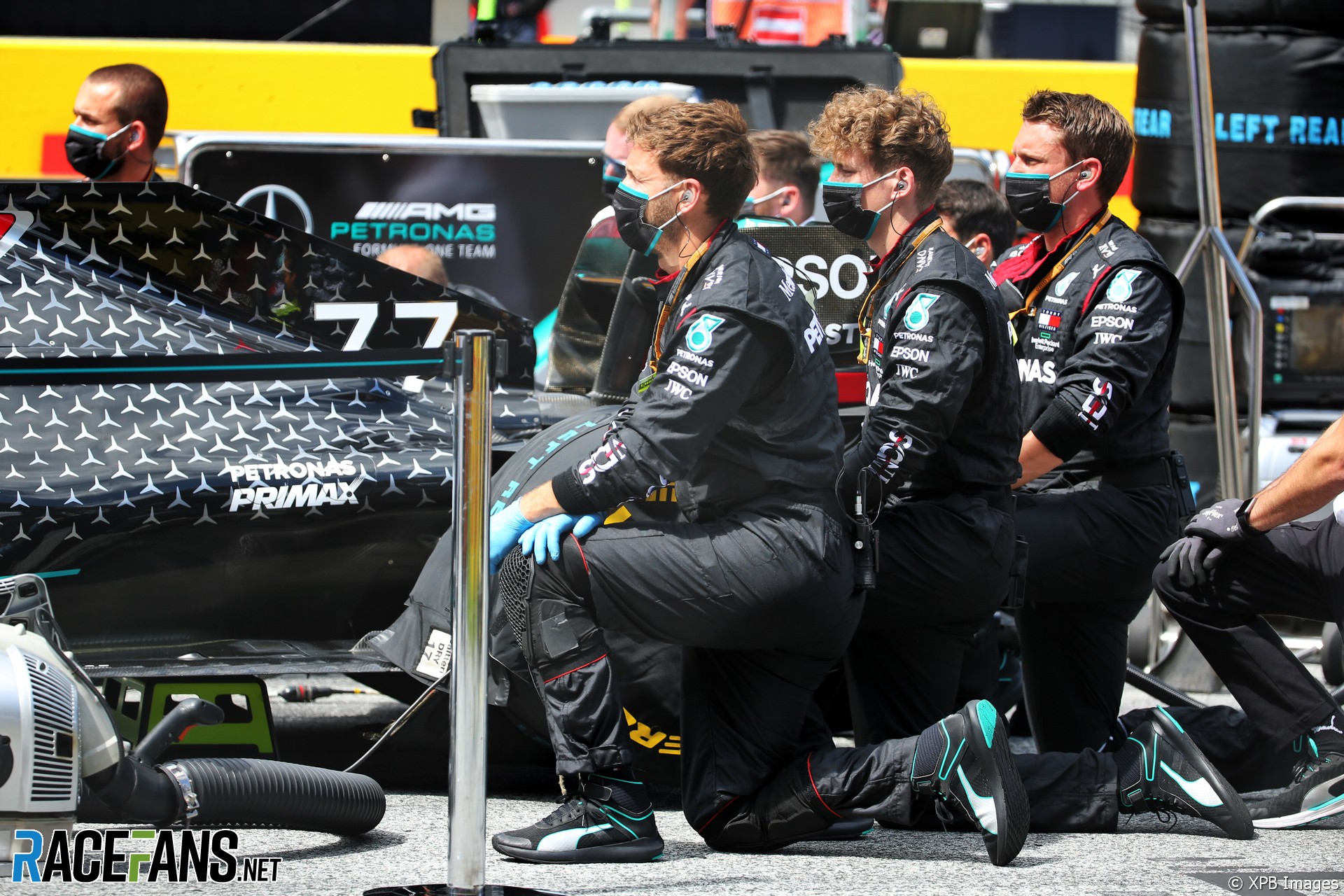 Formula 1 drivers and team members continued their pre-race gesture of support for anti-racism campaigners ahead of the Styrian Grand Prix.

A group of at least 15 drivers wore T-shirts bearing the words ‘end racism’ and, in Lewis Hamilton’s case ‘Black Lives Matter’. Most of these also ‘took a knee’, the sign of support for those campaigning against racism which was made famous by American football player Colin Kaepernick four years ago.

Not all drivers were shown participating in the pre-race sign of support for the campaign. However footage of the drivers kneeling was only shown briefly on the world feed produced by Formula 1. The director then cut away to video of skydivers above the Red Bull Ring, in what was evidently pre-recorded footage as the starting grid appeared empty.

However many other team members at the track also chose to ‘take a knee’, including several Mercedes personnel.

“I was told just before the session that we were going to do it,” Hamilton told Sky. “It’s not something that I asked for them to do.

“I think it’s a beautiful thing. It doesn’t take a lot to do something like that and it’s not changing the world. But perhaps shifting perceptions and shifting ideas, we’ll just keep going.”

Hamilton won the race and was joined on the rostrum by Petronas trackside engineer Stephanie Travers, who is believed to be the first black woman to stand on a Formula 1 podium.