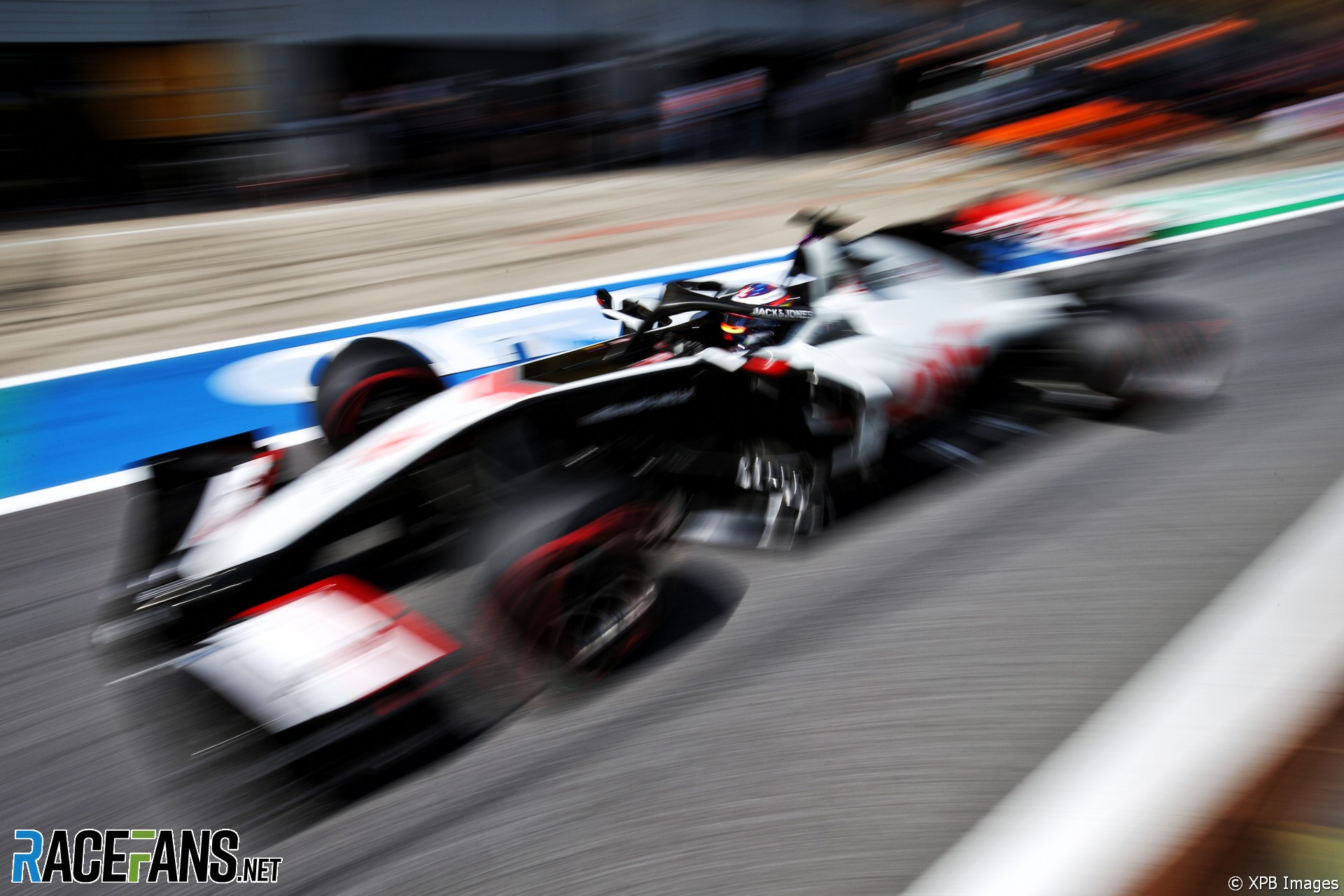 Romain Grosjean will be allowed to start the Styrian Grand Prix from the pit lane after his Haas team was found to have broken Formula 1’s parc ferme rules.

Breaking these rules, which forbids set-up changes to cars between qualifying the race, can lead to disqualification. However the stewards granted the Haas team an exception due to the “mitigating circumstances” involved.

“The team did not stop working on the car three hours [and] 30 minutes after the end of qualifying (11th July 2020, 20:16 hrs),” as required by the rules, the stewards noted, “but instead continued to work on the car until 23:20 hrs on 11 July 2020.” This is a breach of the sporting regulations, as is the fact “the work carried out during this time was not under supervision of a scrutineer”, the stewards added.

“In general, a breach of parc Ferme regulations could lead to the driver being disqualified from the event. For work carried out on the car in the time windows until three hours 30 minutes after the end of qualifying and after five hours 10 minutes before the start of the formation lap that includes changes to the set-up of the car or modifying parts of the car, a start from the pit lane would be mandatory.

“In this particular case the stewards accept that there clearly are mitigating circumstances as team would not have been able to run the car in the race without breaking the regulations and they approached the stewards before the start of the relevant time period.

“In this connection is it pointed out that the penalty applied is not to be seen as a precedent for future infringements of the regulations set out in Art. 36 of the 2020 Formula 1 sporting regulations.”