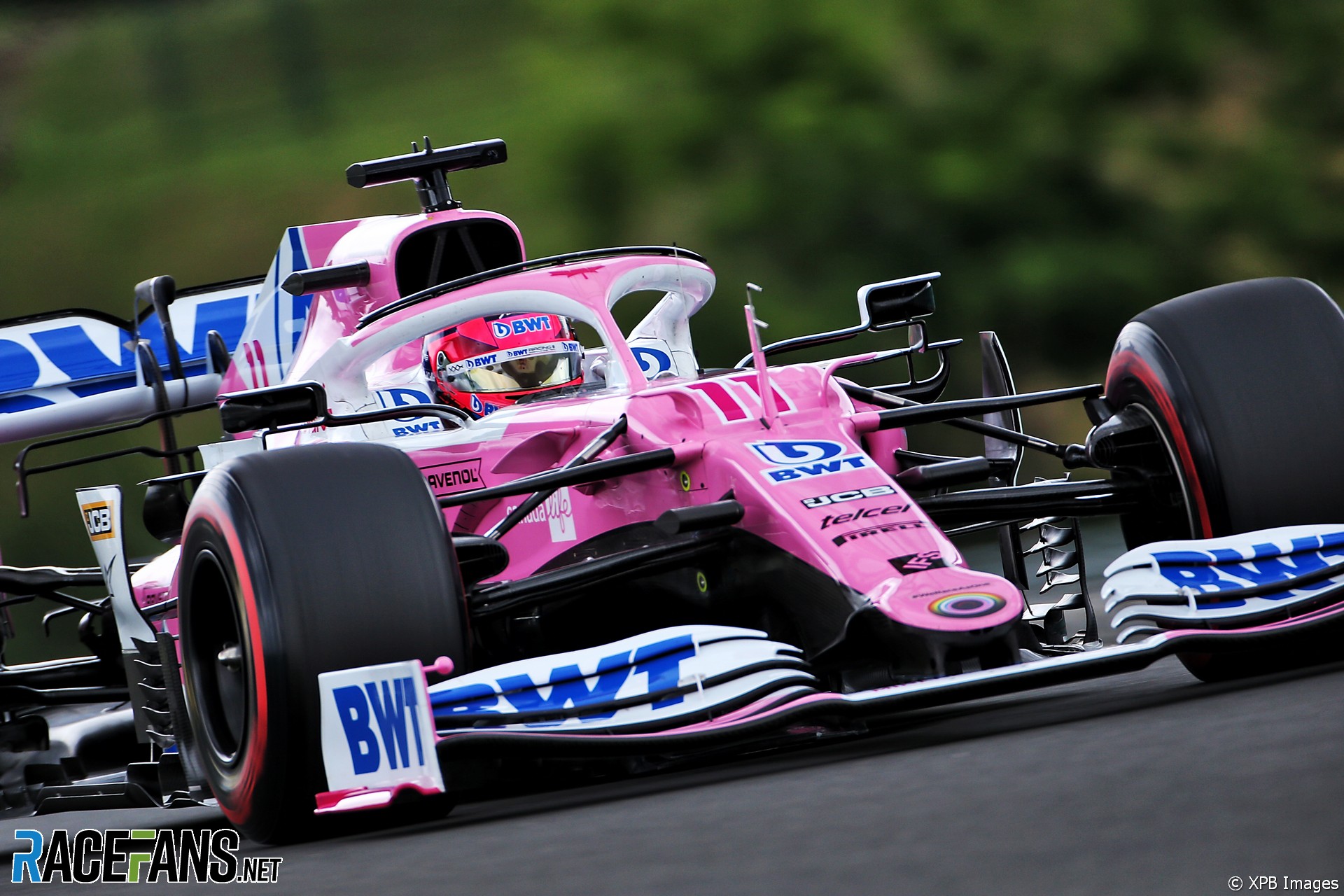 Lance Stroll and Sergio Perez will line up on the second row of the grid for tomorrow’s Hungarian Grand Prix, respectively 16 and 12 places better than they qualified last year.

Yesterday the team’s CEO Otmar Szafnauer said he thought there would be some races this year where the team could challenge Red Bull. His prediction appears to have come true quickly.

The pink cars have already out-qualified both RB16s, only one of which made it into Q3. Against the expectations of many Red Bull, the team who took pole position for the last running of this race, are actually slower than they were 12 months ago.

Racing Point are 2.7 seconds quicker, a gain which is vastly greater than that any of their rivals have managed. The next most-improved team, Williams, have found less than half as much time compared to last year.

At the last race both Racing Point cars made their way to the front quickly after qualifying in the bottom half of the field. With a grid position advantage over everyone bar Mercedes tomorrow, they have a strong chance of delivering their best result of the season so far, and are staring at a potential podium finish.

Whether they can sustain this rapid pace over a race distance, and whether they will be as competitive at other circuits which do not share the Hungaroring’s tight, high-downforce characteristics, remains to be seen.

Lap times continue to improve rapidly at this circuit. The current cars are now 9.3 seconds faster than the Formula 1 machines of six years ago.