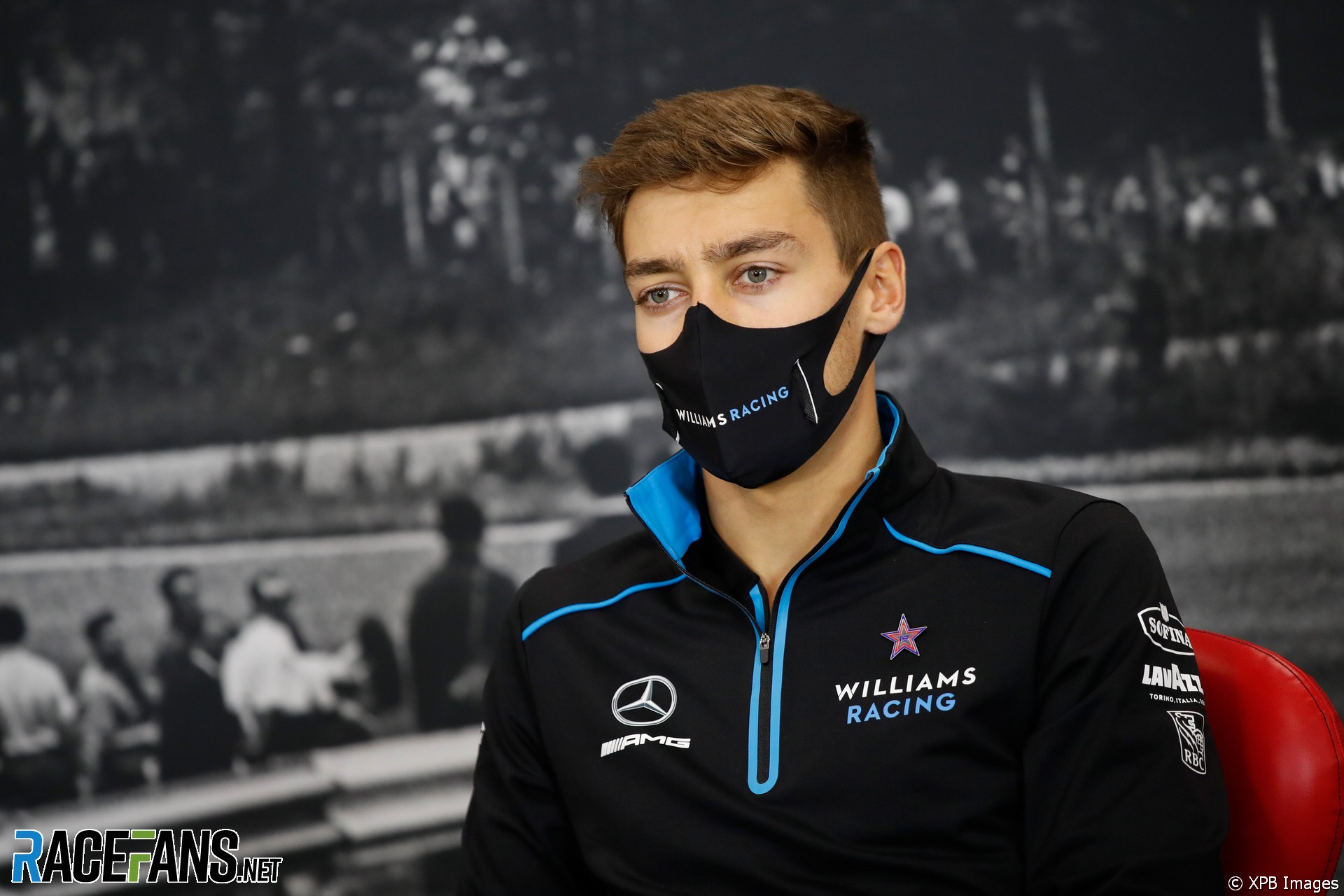 Williams driver George Russell welcomed the news of the team’s sale to Dorilton and said it is “very important” their historic name will be retained.

The compared announced in May it was seeking new investment and confirmed last week it has been acquired by the US-based private investment firm. Russell said the announcement is “very positive news for Williams as a whole and everybody who works for the team and for both of us as drivers.”

“It was obviously a slightly nervy time previously,” he added. “I’m very pleased to see that the company, the team, is stable moving forward and has got a great company behind to to help push Williams back to where they belong, which is definitely higher up the up the grid.”

The new owners are yet to confirm their plans for the management of the Formula 1 team.

“I spoke with Matthew Savage this morning, who’s the chairman of the company,” said Russell. “At the moment they’re in a full review of what changes need to be made and who will be forming the management side of the company. As it currently stands I’m just really pleased to see the news and fully focussed on the weekend at hand.”

Russell said he is pleased the new owners do not intend to change the identity of a team which has won more constructors’ championships than anyone bar Ferrari.

“Obviously the Williams family has been a huge part of Formula 1. I think the most important thing with this change of ownership is that the name and that side of things will be continuing. I think [that] is very important.

“The Williams family would not have sold to somebody who they didn’t believe would be beneficial for the team moving forward. I’m very pleased that they’ve come to that decision because they believe that is the best for the future of the team.

“The culture will not be changing. From a historic side, keeping the name of the team is [also] very important for us drivers and the people back at back at base.”

“It’s secured the future and stability of the team which is, I think, first and foremost the most important thing,” he said.

“In terms of what changes I think need to be made, that’s more for them to decide. I think in the coming days, weeks, months, they’re going to be evaluating everything just like any company would have when they acquiring a new company and see where the investment needs to be diverted to. But I think overall it can only be positive.”