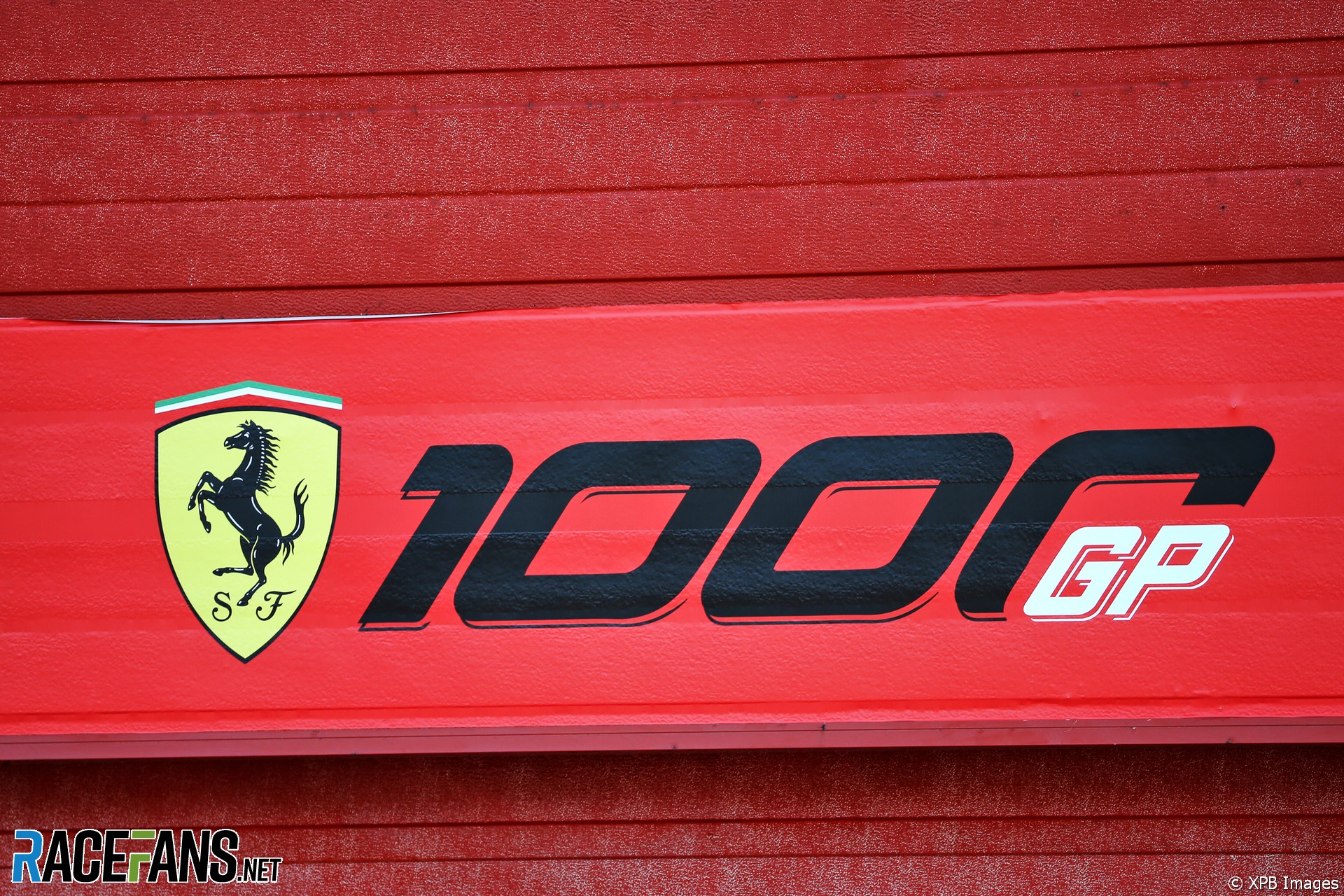 Barring some unforeseen misfortune in the next few hours, Charles Leclerc and Sebastian Vettel will have the honour of making Ferrari’s 1,000th start in a round of the world championship today.

Last year Formula 1 marked its 1,000th event at the Chinese Grand Prix. This is the 27th race to take place since then, so it begs an obvious question: Having started so many rounds of the world championship, which races did Ferrari miss, and why?

Their customer team Alfa Romeo can claim one over them on this count, as they were present for the first world championship race at Silverstone in 1950. Ferrari were absent, having decided there was not enough starting money on offer for the inaugural championship event.

They missed two other points-paying races that year. They sent a car to Reims for Alberto Ascari and Luigi Villoresi, but withdrew it. And they did not attend the Indianapolis 500, as did many of their rivals at the time, as it was not run to F1 rules.

Ferrari did attend one of the 11 Indianapolis 500s which counted towards the world championship between 1950 and 1960. They sent a single car for Ascari in 1952.

The only other race the team missed during the fifties was at Aintree in 1959, due to a metalworkers’ strike preventing completion of their cars.

With a major rules change coming for 1961, Ferrari skipped the November 1960 finale in California. It didn’t attend the United States Grand Prix the following year either, albeit in much sadder circumstances, the team’s driver Wolfgang von Trips having been killed in the previous race at Monza.

The following year was one of major upheaval for Ferrari. A group of its staff quit to form a rival team, and a strike caused them to miss the French Grand Prix. Later in the year the same reason was given for their absences from two further races, though this was greeted by scepticism by those who felt the champions’ slump in form had more to do with their decision not to travel to the two non-European rounds.

Ferrari’s sporadic non-appearances at races in the second half of the sixties was often put down to similar strikes. Its absence from the 1968 Monaco Grand Prix attracted much speculation, as its driver Lorenzo Bandini had been killed in a fire at the chicane after crashing the year before.

By 1969 Ferrari had reduced its regular entry to a single car, and after suffering an engine failure in the British round, opted to skip the German Grand Prix to prepare for its home race.

Similarly, four years later, the team pulled its sole, uncompetitive entry, piloted by the increasingly dejected Jacky Ickx, at the Dutch Grand Prix. They skipped the German Grand Prix – where Ickx drove a McLaren to the podium – and returned at the Austrian Grand Prix.

The same race three years later was the scene of Ferrari’s final non-appearance at a race weekend. Two weeks on from Niki Lauda’s fiery crash at the Nurburgring, and infuriated by the governing body decision to reinstate James Hunt’s McLaren to first place in the Spanish Grand Prix, Ferrari flirted with quitting the championship entirely. Instead they returned at the next round, and Lauda followed soon too, almost keeping Hunt from the title.

That was the 25th race Ferrari missed. Then in 1982 on two separate occasions they did not start races they had entered.

At Zolder, Gilles Villeneuve died in a crash during qualifying, and the team withdrew the sister car of Didier Pironi as a gesture of respect.

Later in the season, after Pironi suffered appalling injuries at Hockenheim, Patrick Tambay was their sole driver entered for the Swiss Grand Prix, held at Dijon in France. When Tambay was injured during practice, his car was withdrawn.

That race 38 years ago was the final time there was no Ferrari on the starting grid for a round of the world championship. Having recently signed the new Concorde Agreement, the sport’s most historic team looks set to remain for the foreseeable future.