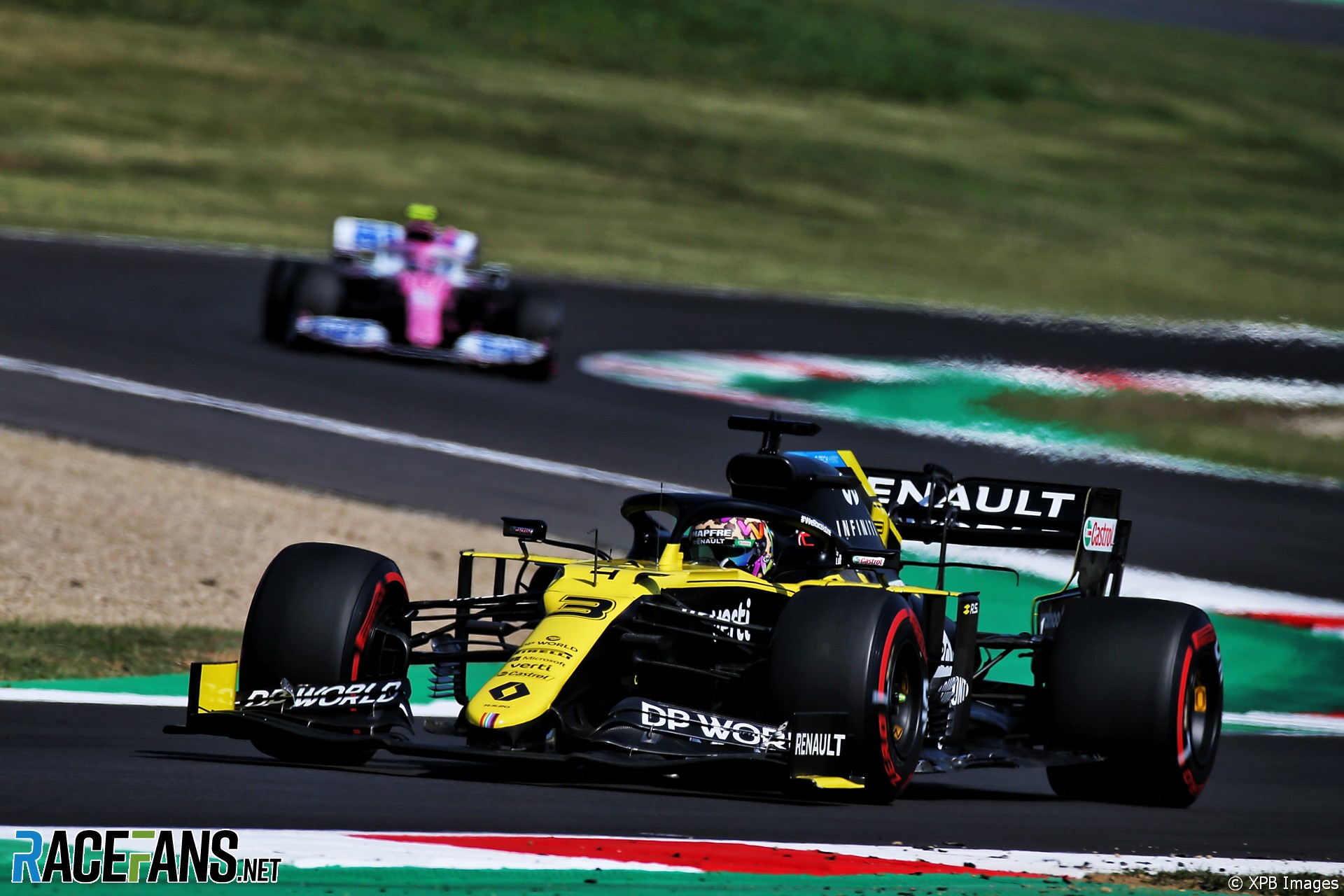 In the round-up: Daniel Ricciardo described how he is holding his breath through Mugello’s fastest corners.

Ricciardo said he holds his breath through the high-speed sequence in the middle of the lap.

I’ll remember to breathe. It sounds silly, but you can get so caught up in it that, as I said, I’m probably holding my breath all through the high speed. And I think in the race I’ve just got to be aware of that. Breathe and stay a bit more relaxed for 50-something laps.

Dan Ticktum is a great guy. but obviously the majority is jumping on the bandwagon and hating on him during rough times.

Since the very first @F1 season, we have always been on track. Many things have changed over 1000 GPs, but our love of a challenge and passion for this sport remain the same ❤️#essereFerrari 🔴 #SF1000GP #TuscanGP pic.twitter.com/eu8ucQ8hxp

One of my favorite ‘trophies’ the detail is amazing, gold plated 1990 Domino’s Pizza Lola pic.twitter.com/lw1pEZiASn

I don't know how did #F1 and FOM production managed to do this but they did.

The grim inevitability of #F1 replacing the only session where we get to see the cars properly flat out for an ill-judged gimmick:https://t.co/Faps0GzrH3

Charles Leclerc: "It’s still a bit of an unknown where our pace came from, and it is very important for us to find out, because that’s how we will consistently be at our best."

Esteban Ocon: "Unfortunately, I lost the car on my Q3 run and couldn’t put in a lap time. It was one of those times when you push the limits more and more throughout the session and that one was just a bit over."

"It was a frustrating final lap for Valtteri; he’d found good time compared to his penultimate run as he exited turn three but had to abandon the lap due to the yellow flags."

"In addition to the potential difficulty in licensing the broadcasting of the support races, given F1 usually has total control of all live video at its events besides the Monaco Grand Prix (which is handled by a local production company), there is an additional problem for the F4 teams in that many are planning on racing in ADAC F4 at Zandvoort that same weekend and have already tested at the Dutch circuit in preparation for the races there."

Reverse grid qualifying races should be introduced to reduce the chance of Mercedes winning all the time, says David:

After Ferrari had a couple of dominant seasons (2001 but more so 2002), the FIA brought in one lap qualifying, qualifying with starting fuel, changed the point structure in order to even the series and blunt Ferrari’s edge.

Mercedes have dominated since 2014 now and the FIA has just sat on its hands. Makes me laugh that people used to talk about Ferrari International Assistance.

We need to even up the series by any means. 2021 is going to be a repeat of 2020 which is unacceptable. Just hand over the 2021 trophies to Mercedes and Hamilton now.
David Bondo

34 comments on “Ricciardo: I’m holding my breath through four corners at Mugello”