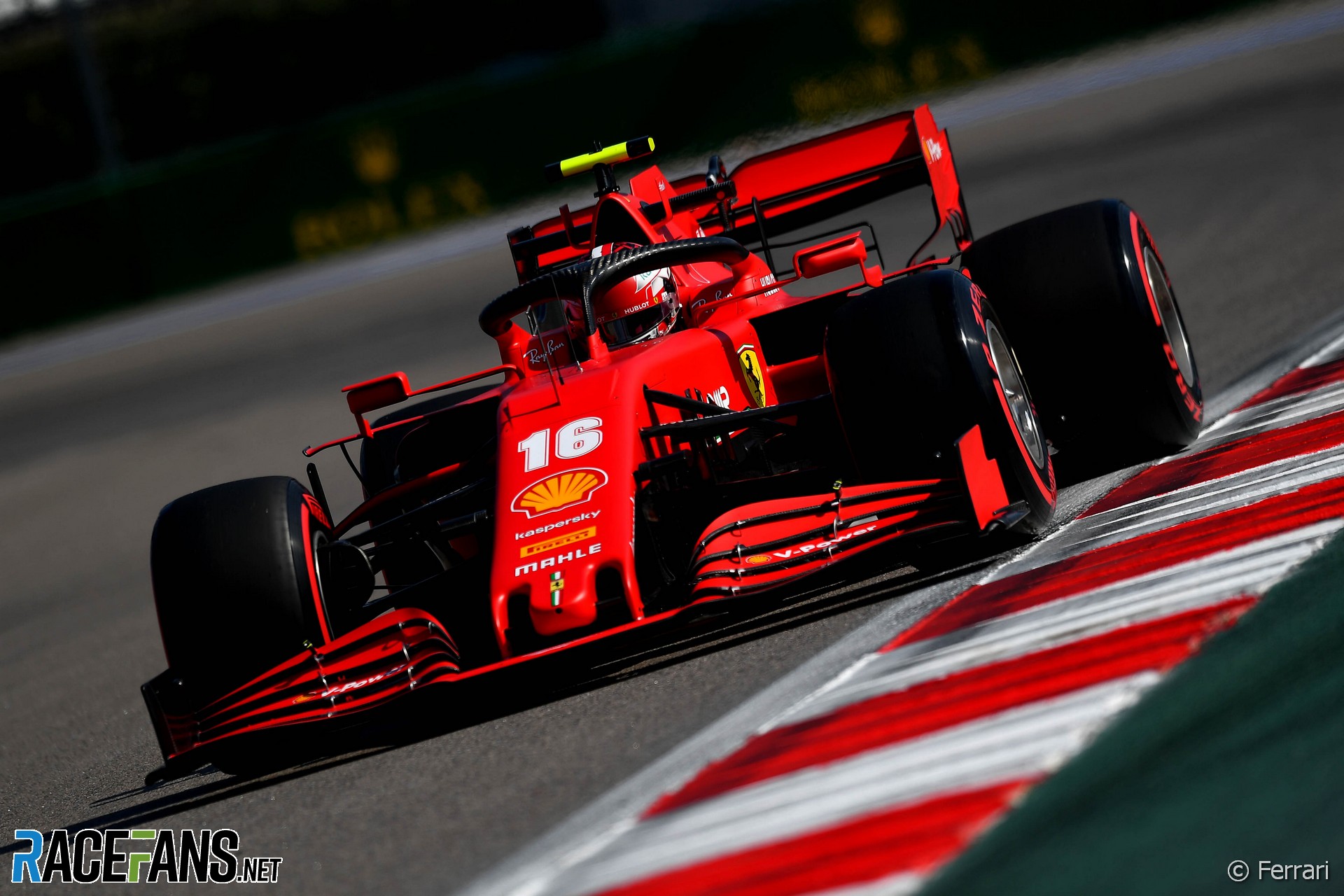 Ferrari’s conspicuously poor performances at Spa and Monza drew a lot of attention earlier this year. But in Sochi they’ve made an even bigger step backwards.

The red cars took pole position at all three tracks in 2019. At Spa this year they lapped almost half a second slower in comparison. At Monza the loss was even greater – they were almost a second slower year-on-year.

That was previously their worst performance so far this season. But at Sochi the scale of the team’s troubles are even clearer. Charles Leclerc, who took pole position with a lap of 1’31.628 last year, was quickest again for the team today, but a massive 1.611 seconds slower than he was in 2019.

Indeed, Ferrari aren’t just slower than they were last year – they lapped Sochi quicker in 2018 and 2017 as well.

Once again, only the Ferrari-powered teams are lapping slower than last year. Their rivals have, on average, improved their lap times by more than a second compared to 2019.

This includes Mercedes, who lowered the all-time track record at Sochi by just under a tenth of a second. Lewis Hamilton set a new benchmark time with a lap of 1’31.304.

Ferrari have fallen to sixth in the constructors championship but their performance this weekend suggest things could get even worse for them before the season is over. They are the seventh-quickest team at Sochi.

AlphaTauri, who’ve out-scored Ferrari in each of the last three races, were quicker than them again today. The two Italian teams are separated by just 13 points, and Ferrari are at risk of losing another championship position at their current rate.