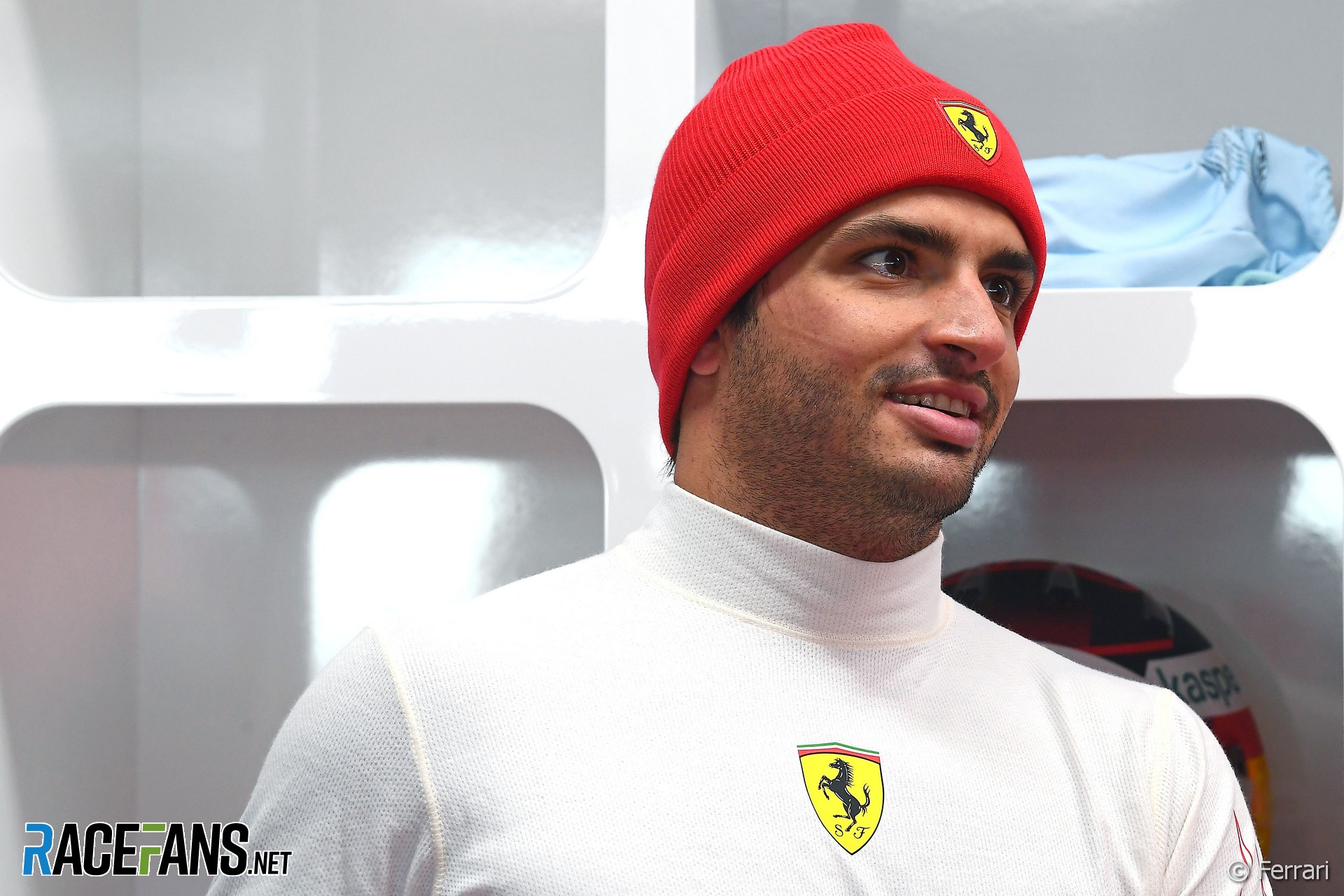 Carlos Sainz Jnr says it will be hard to begin the new season at the top of his game, partly because of how little testing drivers are able to do this year.

Teams are allowed to conduct just three days of pre-season testing with their new cars. The single session will take place in Bahrain next month ahead of the first race of the championship.

The former McLaren driver took advantage of the opportunity to test Ferrari’s 2018 car at Fiorano last month. “My intention is obviously to be 100% ready for race one,” Sainz told media including RaceFans yesterday.

“But realistically speaking from my experience changing teams during all these years, that is very difficult to achieve.

“There’s always experiences, feelings that you need to go through race-by-race, or race weekend by race weekend, in free practices and qualifying and in the races, that you always end up learning during the races rather than in testing.

“One day and a half of testing per driver is not going to help [much] for sure. But at the same time, I’m going to try and count on my experience of changing teams lately and try to arrive to race one at my maximum level, my 100% level, which is a level that I considered I was showing in McLaren race-in, race-out.”

Sainz said it was “very difficult to tell” when he will reach that level with Ferrari. “My intention is as soon as possible, and if it’s from race one then [that’s] better.

Sainz is well-practiced at adjusting to life in a new team, having driven for Toro Rosso (now AlphaTauri), Renault (now Alpine) and McLaren within the last four years. Sainz said he was impressed by his first run in Ferrari’s SF71H, but was unwilling to draw comparisons with his recent cars.

“I’ve changed teams quite a few times recently and I’ve never come out in the media and compared the cars due to the respect to the teams that I’ve been in and respect also to my team, because it’s also a performance advantage to know and compare different cars and I don’t like speaking publicly about it.

“What I can tell you is that the 2018 Ferrari Formula 1 car was a very good car and it’s a car that impressed me straight away out of the garage in Fiorano. I enjoyed it a lot because it allowed me to feel a Formula 1 car again after a couple of months of [being] stopped. The balance, the power, the driveability, it was quite impressive.

“I remember in 2018 looking at how good that Ferrari was, looking at the onboards and immediately as soon as I jumped in the car I could feel why that car was so successful in 2018 and why it took so many pole positions and wins. So I definitely enjoyed it. And Fiorano for me was a great day just to feel that and my first day as a Formula 1 Ferrari driver.”

22 comments on “Sainz: “Very difficult” to be 100% ready for first race with Ferrari”