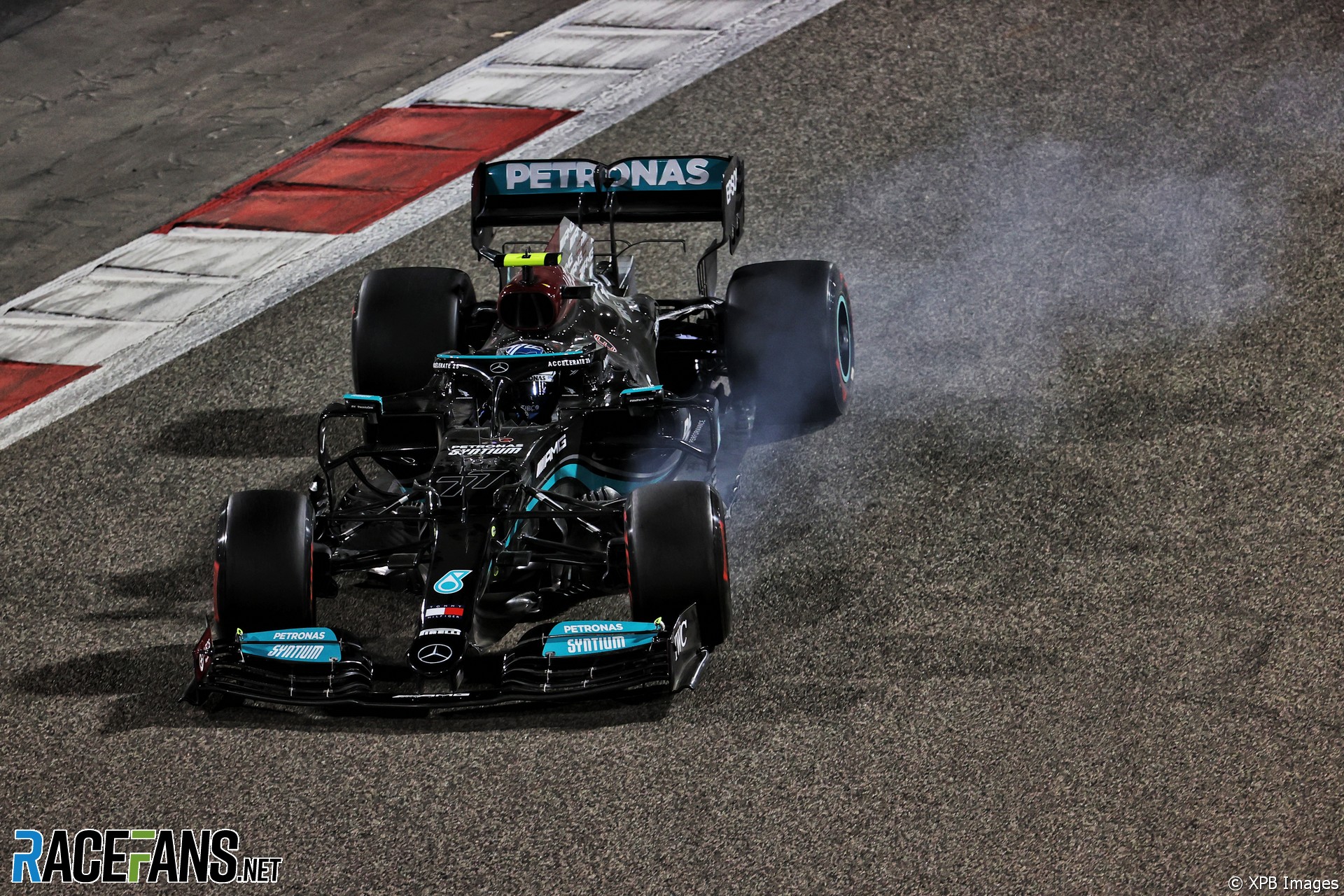 Both Mercedes drivers said the team need to improve the balance of their latest car. Lewis Hamilton and Valtteri Bottas indicated the rear end of the W12 felt unstable during their runs yesterday.

Bottas, who set the fastest time yesterday, said the second day of testing had been “a lot better” for the team, having completed only six laps when he first drove the car on Friday.

“I finally managed to get some laps and some clean runs to really learn about the new car and try some things,” he said.

“It’s always good when you learn and that’s what testing is all about – the opportunity to run different things and see how the car reacts. As a driver you use that information in a race weekend so it’s hugely important. If the set-up changes work or don’t work, it’s all valuable information.”

Gusty winds have made for challenging driving conditions at the Bahrain International Circuit. However, Bottas is more concerned by the W12’s handling.

“For sure it’s windier here than we’ve had at a race but one of the bigger issues with the car is the rear end,” he said. “It’s quite snappy and unforgiving.

“With the new tyres, it’s quite sensitive so we need to calm the car down a bit.”

Hamilton, who spun during testing on Saturday, said he believes changes to the technical regulations during the winter have had an effect on the car’s balance.

“We’ve made progress on the set-up today and the balance was more together by the end of the session, albeit in calmer and cooler conditions. But the car is still a bit of a handful in the warmer and windier conditions of the morning and that’s something we need to get to grips with tomorrow.

“It’s going to be a busy day; we’ve got more than enough to do so we’re hoping for a trouble-free day.”