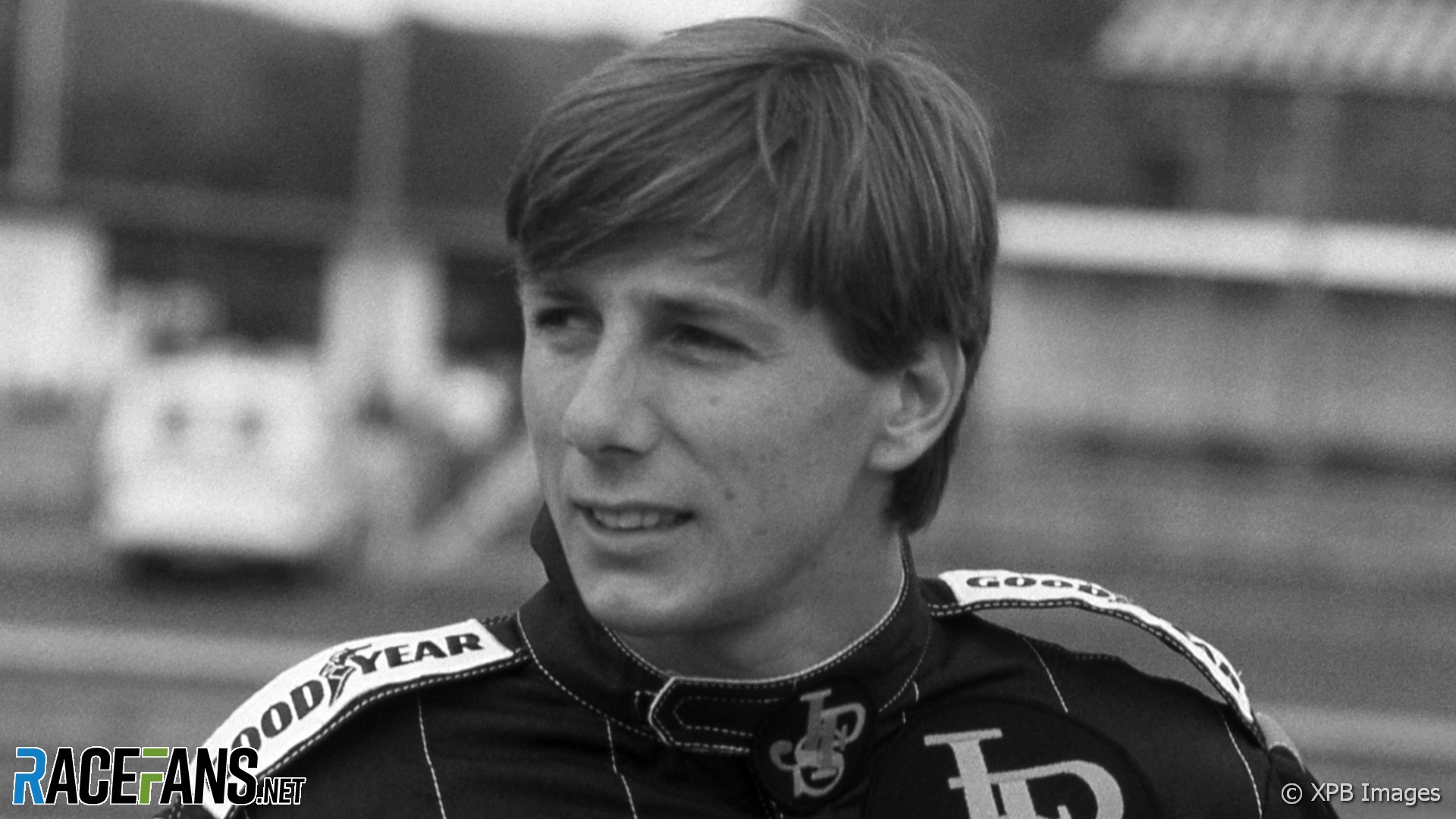 The seventh Marquess of Bute, John Crichton-Stuart, who has passed away at the age of 62, was best known to motorsport fans as Johnny Dumfries, the Le Mans 24 Hours winner and one-time team mate to Ayrton Senna in Formula 1.

Dumfries won the British Formula 3 championship with Dave Price Racing in 1984 and enjoyed success in the European series as well, collecting a total of 15 wins.

However his graduation to the new Formula 3000 series the following year with Onyx was less successful. He qualified a strong fourth for the season-opener at Silverstone but crashed out on the second lap. Dumfries later picked up a point with a sixth-placed finish at Vallelunga, but didn’t see out the season.

It therefore caused widespread surprise when in January 1986 Lotus announced Dumfries as their replacement for Elio de Angelis. Senna had vetoed the hiring of Derek Warwick as his new team mate.

Facing a steep learning curve, Dumfries persevered, though he failed to make the cut for the starting grid in Monaco. He wrestled his turbocharged Lotus-Renault home in the first Hungarian Grand Prix, taking two points for fifth, and increased his haul to three with sixth place at the season finale in Adelaide.

But Lotus agreed a deal to use Honda’s engines for 1987, and signed their driver Satoru Nakajima as well, which spelled an end to Dumfries’ stint in F1.

He made a brief return to F3 at Macau the following year, and later tested Benetton’s F1 cars, but his future lay in sportscar racing. He made his first start at Le Mans with Kouros, then joined the highly competitive Jaguar team for 1988.

Dumfries began the year well, sharing third place in an XJR-9 with team mates Eddie Cheever and John Watson at the Daytona 24 Hours. Crashes followed at Jarama, Monza and the Nurburgring, but he rose to the occasion at the series’ blue riband race.

Dumfries returned to Le Mans three more times, twice with Toyota and once at Courage, before calling time on his motorsport career. He succeeded his father as Marquess of Bute in 1993.

In March 2021 his family announced he had passed away following a short illness.