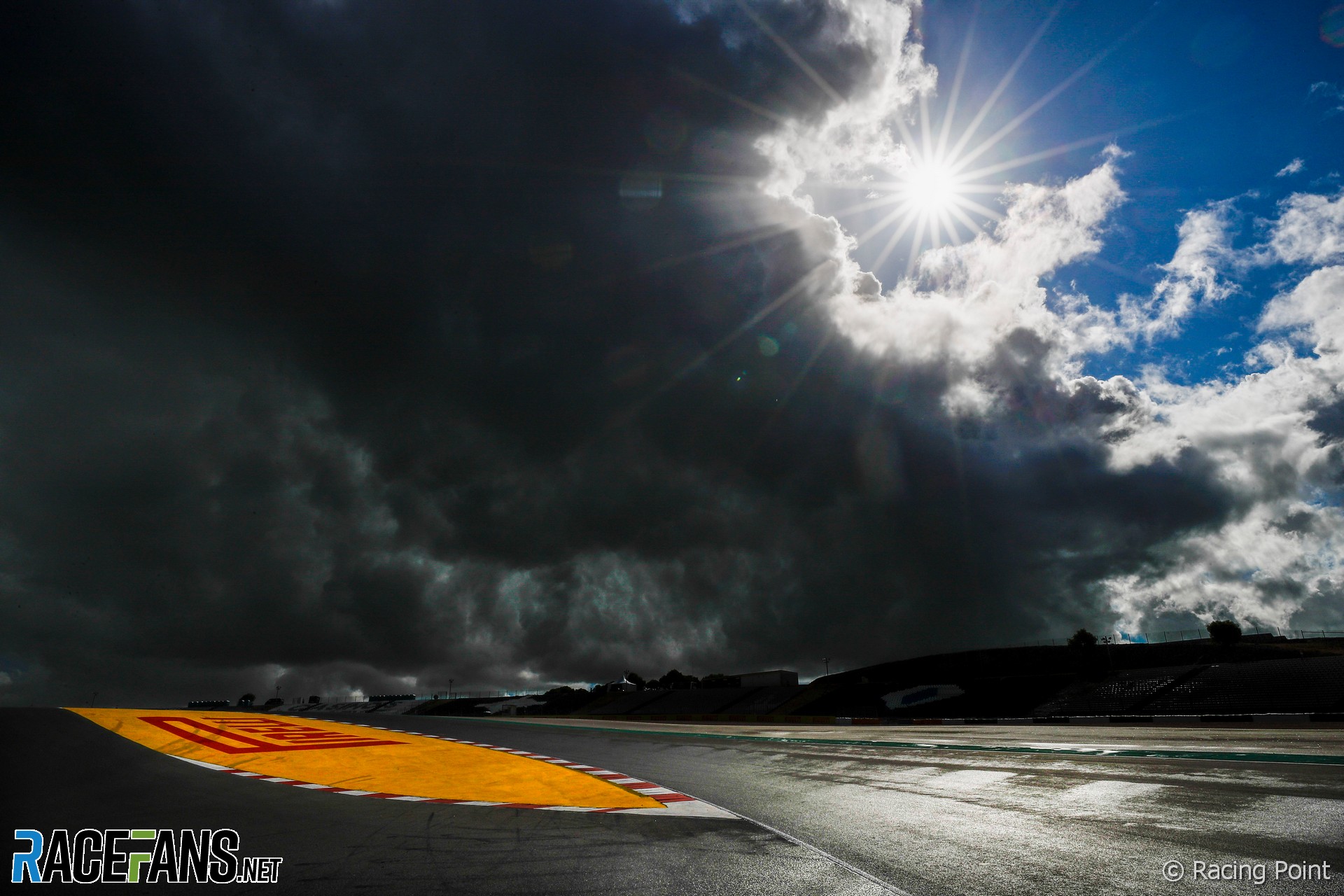 The 2021 Portuguese Grand Prix is set to be a few degrees cooler and more overcast than F1’s previous outing to the Autodromo do Algarve.

The 2020 race at the circuit near Portimao was not especially warm by F1 standards, with air temperatures peaking at around 22C. This year’s event, held much earlier in the year, will see temperatures around 3C lower across every session, and more cloud cover over the circuit.

Second practice will, predictably, be a little warmer at 19C and also considerably windier, with the breeze up to 23 kilometres per hour. Saturday’s final practice and qualifying will follow a similar pattern, with the wind again picking up a little session and temperatures around the same beneath cloudy skies.

Early predictions for race day indicate conditions should take a turn for the better. Much sunnier weather is expected in time for the grand prix. Even so, it should remain relatively brisk with an air temperature high of 24C during the scheduled race time and 24kph winds.

The risk of rain will remain low all weekend, so there should be little chance of a repeat of the wet conditions seen at Imola.