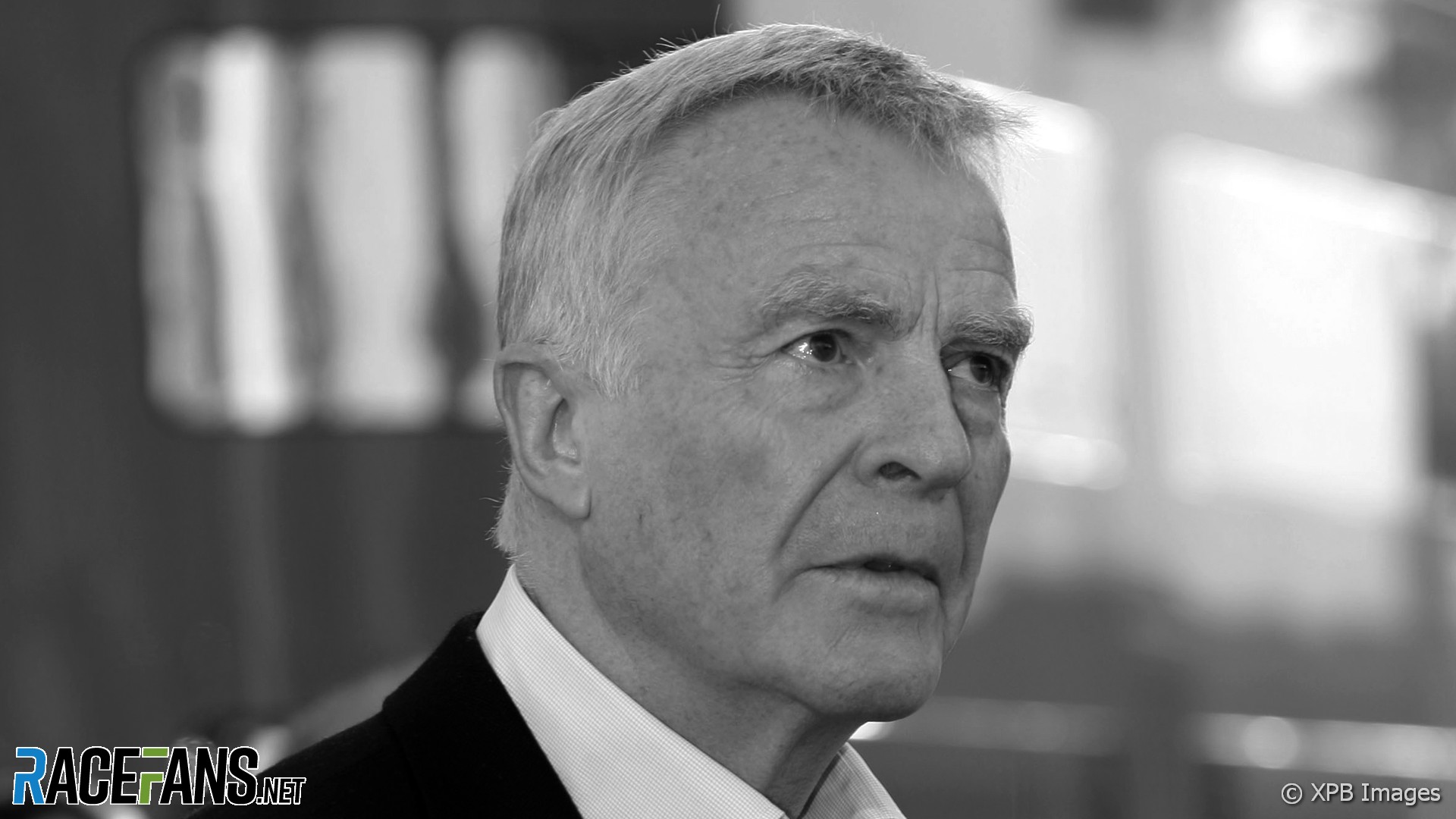 Max Mosley, former president of the FIA and previously a racing driver and F1 team manager, has died aged 81.

For 16 years from 1993 to 2009 as president of the FIA, Mosley was the chief figure in motorsport’s global governing body. He oversaw significant safety changes which saved countless lives in Formula 1 and beyond, and negotiated Concorde Agreements which dictated the financial and broadcasting terms for all teams in F1.

It was the work to make racing cars safer that occupied much of Mosley’s early years in the job. He was first elected as president of FISA – the body’s former sporting arm – in 1991, before winning the FIA presidential election two years later.

The deaths of Ayrton Senna and Roland Ratzenberger during the 1994 Formula 1 season stunned the sport and the watching world. The first fatalities at an F1 race weekend for more than a decade prompted Mosley to form the Advisory Expert Group to improve all safety matters as well as pushing through significant regulation changes in the pinnacle of single-seater racing.

Mosley’s second term began in 1997. This four-year stretch was dominated by a lengthy battle with the European Commission, which suspected the governing body’s control of motorsport was anti-competitive. This was settled by 2000, when the FIA accepted a solely regulatory role in charge of F1, with commercial matters placed in the hands of Bernie Ecclestone.

The former owner of the Brabham F1 team had co-founded the Formula 1 Constructors’ Association (FOCA) in 1974. The entrepreneurial Ecclestone, well on his way from used car dealer to billionaire F1 kingpin, formed an unlikely and successful working relationship with the Oxford-educated lawyer.

Meanwhile the FIA’s work in areas beyond motor racing was becoming ever more diverse. Under Mosley’s watch it became heavily involved in road safety advancements and introduced the EuroNCAP crash testing programme.

His fourth and final term, from 2005 to 2009, was perhaps his most controversial. Increasingly at loggerheads with F1 teams over costs, matters came to a head at the 2005 United States Grand Prix where the majority of teams, all running Michelin tyres, discovered their rubber was incapable of withstanding the forces of the banked final corner on the Indianapolis road course. Seven of the 10 teams withdrew their cars, and several of them pointed a finger at Mosley for failing to facilitate a solution.

The second half of the decade was a period of deep political rancour in Formula 1. In response to the global financial crisis of 2007-08, Mosley pressed for drastic cost reductions, at a time when well-funded manufacturer teams were spending huge sums. The sport was rocked by a series of massive controversies: McLaren’s ‘Spygate’ scandal in 2007; the ‘Crashgate’ affair which Renault were at the centre of in 2009, and another involving Mosley.

The News of the World’s publication of salacious details of Mosley’s sex life in a front-page story in March 2008 put Mosley under enormous pressure to resign. He did not, but chose not to seek a further term at the end of the year. He dedicated himself to campaigning against press intrusion, and within two years revelations about the News of the World’s journalistic practices led to the newspaper’s closure.

Before his most famous role, Mosley was a racer himself and made one non-championship F1 start in 1969. But he was aware he couldn’t match the stars of the day and instead set up his own race car manufacturer.

The creation of March, which would go on to take two F1 wins as a works entity, built up Mosley’s connections across motorsport as he sold cars to customers in multiple categories. It also led him to working with Ecclestone for the first time and creating FOCA, and built him enough political clout of his own for him to seek his own political career in the eighties.

However a route into mainstream politics never seemed a realistic option by dint of his birth. He was the son of British fascist Oswald Mosley, who married aristocrat Diana Mitford in Nazi Germany at the house of propaganda minister Joseph Goebbels.

Mosley was involved in further legal battles with newspapers in the months before his death. At the end of 2020 the High Court rejected his legal action against the Daily Mail relating to the News of the World trial. Two years earlier the Mail had revealed an election pamphlet from 1961, published by Mosley in support of a candidate for his father’s far-right Union Movement party, which contained racist statements about immigrants.

His life is due to feature in a documentary film slated for release in July this year, titled: “Mosley: It’s Complicated”.

Mosley is survived by his wife Jean Taylor and son Patrick; their first son Alexander died in 2009.