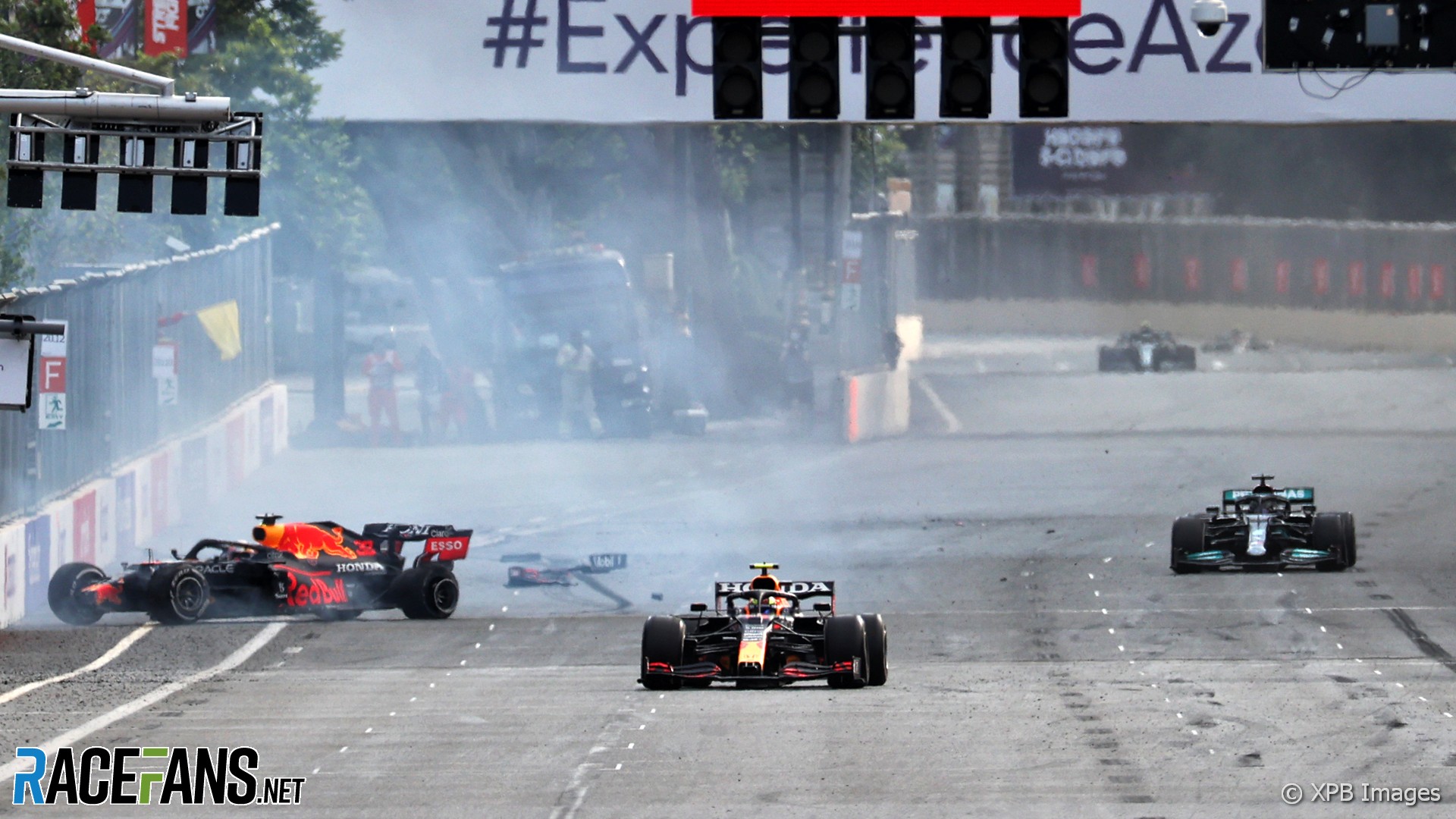 Lewis Hamilton says he put out of his mind fears of suffering a similar crash to Max Verstappen during the Azerbaijan Grand Prix.

Verstappen and Aston Martin driver Lance Stroll both experienced high-speed crashes in yesterday’s race after suffering apparent tyre failures on their cars. Pirelli later revealed a cut had also been discovered on one of Hamilton’s tyres.

Hamilton sped past the scene of Verstappen’s crash as the Red Bull driver was pitched towards a barrier at over 300kph. Afterwards Hamilton said he put thoughts of it out of his mind.

“I wasn’t really thinking too much about it, to be honest,” said Hamilton. “I didn’t have enough information, so I didn’t know if it was a tyre failure or hitting debris. You just can’t let that sort of stuff get in your mind.”

After Verstappen’s crash, Hamilton was on course to overturn his championship rival’s points lead. But an error at the final restart meant he failed to score, and Hamilton left Azerbaijan still four points behind Verstappen.

“It’s been an incredibly difficult two races,” said Hamilton. “Today it’s obviously a very painful experience. I think today was really a stroke of bad luck, but Max had bad luck too, and these sorts of things happen.”

Hamilton apologised to his team for running wide at the restart when he accidentally hit a switch on his steering wheel.

“Naturally I’m sorry to all the team,” he said. “We’ll just regroup and try and come back stronger.

“But I think there’s lots of positives to take from the weekend in terms of where we recovered to get back to.”