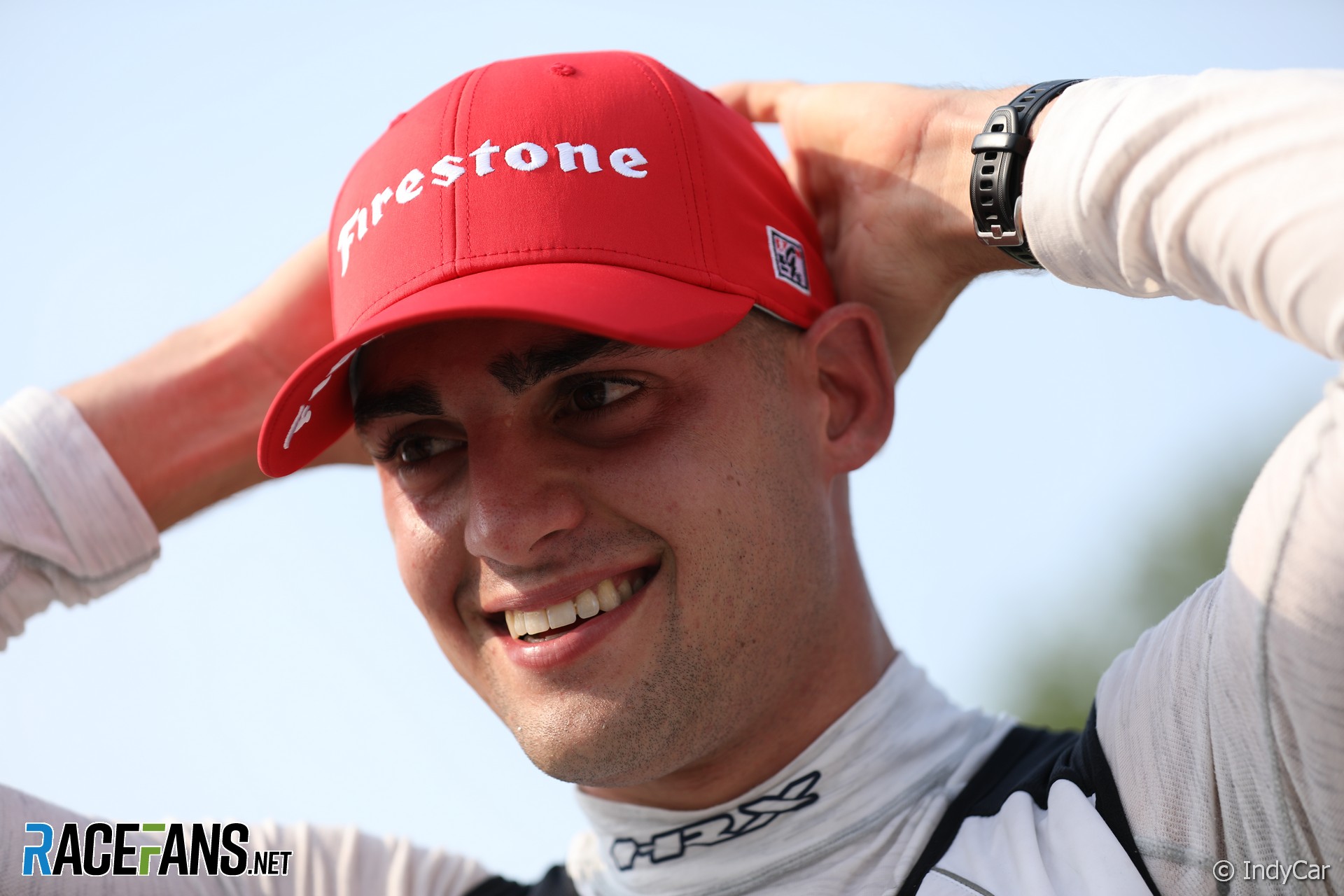 Rinus Veekay, who lies fifth in the IndyCar championship standings, will miss this weekend’s race at Road America after he was injured in a cycling accident.

His Ed Carpenter Racing team confirmed VeeKay has undergone surgery on a broken left collarbone following the accident, which occured on Monday.

Oliver Askew will take VeeKay’s place for this weekend’s race. He previously substituted for Felix Rosenqvist at McLaren SP in the second of last weekend’s IndyCar races in Detroit on Sunday.

“What happened was very unfortunate and definitely not the greatest timing,” VeeKay admitted. “The surgery went well, I am not in any pain,” he added.

He has targeted a return at the next round of the championship on July 4th. “I will give it all I have and be ready for Mid-Ohio,” said VeeKay.

“I am very thankful for everyone at ECR that helped me and stayed up very late to get everything for the surgery arranged. I would also like to say a big thank you to everyone at OrthoIndy who got me all fixed up.”

Team owner Ed Carpenter said: “It’s a shame that he has to miss this round, but he will come back strong. I want to thank Oliver for being ready and able to step in and give the car a strong run.”

McLaren SP has not yet confirmed whether Rosenqvist, who was released from hospital in Detroit on Sunday following his crash the day before, will return to drive for the team this weekend.

One comment on “VeeKay to miss Road America, Askew confirmed as substitute”