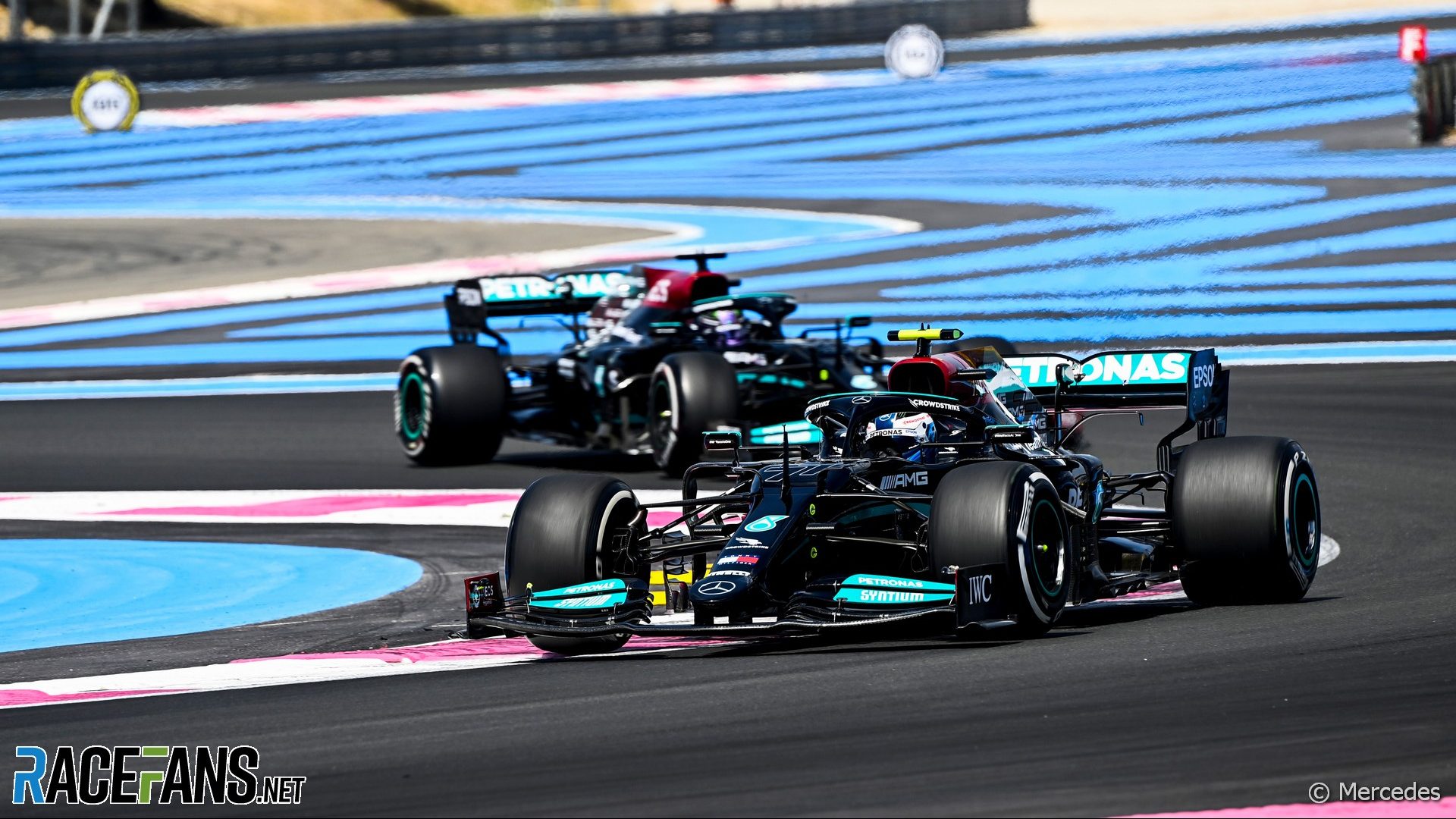 Valtteri Bottas said he felt much happier at the wheel of his Mercedes at Paul Ricard during practice today following his sub-par performance at the previous race.

However the Mercedes driver is unsure whether his greater confidence has come about because he swapped chassis with team mate Lewis Hamilton prior to this weekend.

“It’s hard to say if it’s chassis or track conditions,” said Bottas after practice today, “but it’s a lot better feeling than two weeks ago, that’s for sure.

“I could feel we started the weekend on the right foot. Everything was feeling quite okay and being comfortable and pretty fast with the car so far.”

The exchange of chassis came about because teams have adapted their 2020 cars to run during the 2021 season. Mercedes is rotating its chassis between drivers to ensure they cover similar mileages.

“We swap parts around all the time,” Mercedes CEO Toto Wolff told Sky. “This is part of the planning, as these carry-over chassis run for a second season, so we are not accumulating millions of miles on one, basically that’s part of the plan.”

Bottas led Hamilton in both of today’s practice sessions. During the afternoon running Hamilton was heard telling his team on the radio something felt wrong with his car’s handling.

However Hamilton doubts switching to his team mate’s chassis has put him at a disadvantage. “Very rarely do you have any differences between the chassis,” he said.

Wolff said the team is prepared to give Hamilton an alternative chassis if he isn’t happy with his latest one.

“It’s the chassis that was splendid in Monaco, that qualified Valtteri right in front,” said Wolff. “But you never know. You listen to the engineers and they said it’s all tested and it’s stiff, there shouldn’t be any difference, but if the driver feels that it’s not then it’s definitely not worth trying to make a point here, then you just need to change.”

“It’s good to get the feedback and if it calms the driver’s mind, we have a spare chassis, which is a brand new one, we can always do that,” Wolff added.