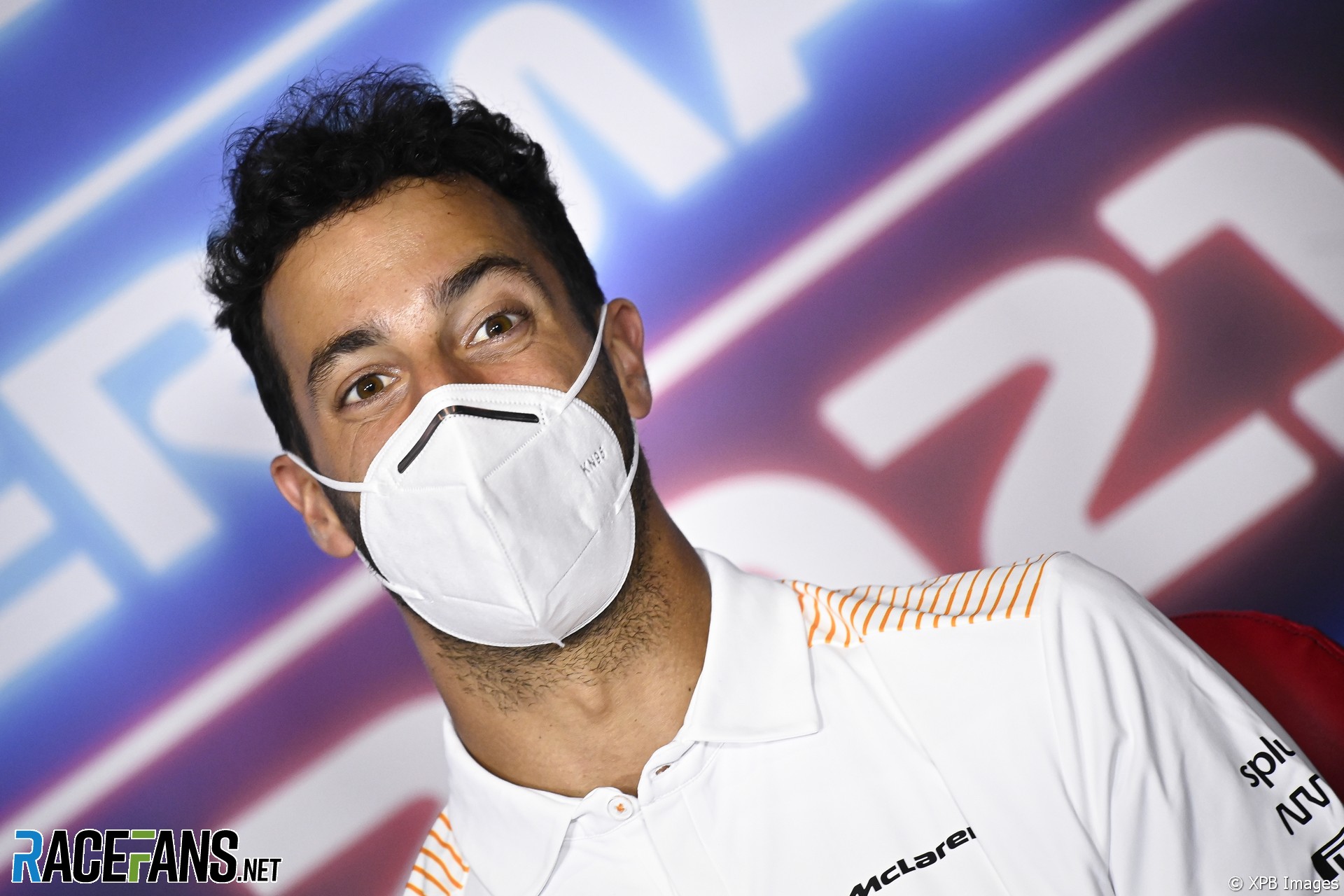 In the round-up: after struggling in Monaco and Baku, Daniel Ricciardo said his more “traditional” weekend at Paul Ricard was what he needed.

Ricciardo said his improved confidence in the McLaren car in last week’s French Grand Prix meant he could have fun racing again.

“It was nice. I think the from the start of the weekend, it was just a little bit more of a traditional weekend.

“We just got onto the front foot and we stayed there. It wasn’t like an immaculate weekend, but it was solid. And I think it’s certainly what I was probably looking for after Monaco and Baku. So it was definitely needed and better.

“And I think the race was just fun. At least from our position, to be able to force our way a bit further into the top 10 and have some battles. So that was cool. And I think ultimately there’s still some things to work on, but it was it was definitely progress. And right now I’m going to take that.”

The 2022 Asian F3 championship will once again be Middle East-focussed, with all races happening at Abu Dhabi’s reconfigured Yas Marina circuit or Dubai Autodrome. The championship will run five rounds of three races, over consecutive weekends from mid-January 2022.

Reverse-grid races will be introduced, where the top ten finishers of race one will be reversed to decide the starting order for race two. Previously, the starting order of the subsequent race had been decided by the fastest laps set in race one.

Norris: “confident” but not raising expectations

Lando Norris says his season hasn’t been without room for improvement, despite being the only driver to have scored points in every 2021 race so far and leading Mercedes’ Valtteri Bottas in the drivers championship.

“All of the race races we’ve done this season, we’ve extracted everything out of,” said Norris. “Being honest, we’ve made some – not many, but we made some – mistakes which have cost us a few things here and there through the races and Paul Ricard on Saturday. We’ve made a few mistakes, the team as well.

“So we’ve got a bit of tidying up to do if we want to be confident in saying we can continue with 100 percent. But I feel good. I feel confident, especially coming here. It’s been a good track for us as long as I as I remember, you know. So I’m excited, but I don’t get my expectations too high.”

Codemasters have revealed a new batch of images from the upcoming official Formula 1 game F1 2021 showing the cars in action at the Red Bull Ring.

The rules for the Predictions Championship have been updated to take into account the addition of Sprint races to three rounds of the Formula 1 season.

There is no change in how players submit their predictions for rounds which do not include Sprint races.

The deadline for entries will remain the start of qualifying. Therefore at rounds where Sprint races are held this will fall on a Friday instead of a Saturday. Players will be invited to predict who will take pole position for the first race of the weekend based on the results of qualifying, their lap time, and the top five finishers in the grand prix.

The revised rules are as follows:

4. The results will be take from the appropriate final classification documents for each round as issued by the FIA.

6. In the event of a tie on points the winner will be determined by who is closest to predicting the pole position lap time set in qualifying correctly. If that fails to produce a winner the editor will choose a means of deciding who has won.

|@AlfaRomeoracing are marking the car manufacturer's 111th birthday with a special graphic on the engine cover, while the usual logo on its nose has been replaced by what it calls its "iconic trilobe".#F1 #StyrianGP pic.twitter.com/qVO0t9ErTm

The National Vaccine Month of Action bus tour is making its way to #IMS on Thursday.

With our @IU_Health friends, we're hosting a pop-up vaccine clinic from 12-2 at @IMSMuseum.

Sign up to get your shot at the Racing Capital of the World!

All set for the start of the season (W Series)

"Brawn: 'We are incredibly proud to have W Series join us for their first race of the season, ensuring we continue to showcase the best of the best and grow our motorsport portfolio, as well as enhancing the overall fan experience across the weekend. It also ensures we continue to champion and build diversity across the sport, with many of the women competing in the series already ingrained within the Formula 1 community.'"

"When we last came to Austria, at the start of the 2020 season, a weird feeling pervaded the paddock. As the world of Formula 1 re-emerged from lockdown, so did a new season – one of the most unique in living memory – start to take shape. Nobody knew what to expect; from the racing, from the experience, from the world we were in: and yet, among the anti-infection measures, the social distancing and the 'new normal', Austria produced two memorable races that set the tone for an incredible year of racing, on tracks old and new alike."

Makes sense that there’d be a safety concern, and the impact on pit stop times is less than I expected.