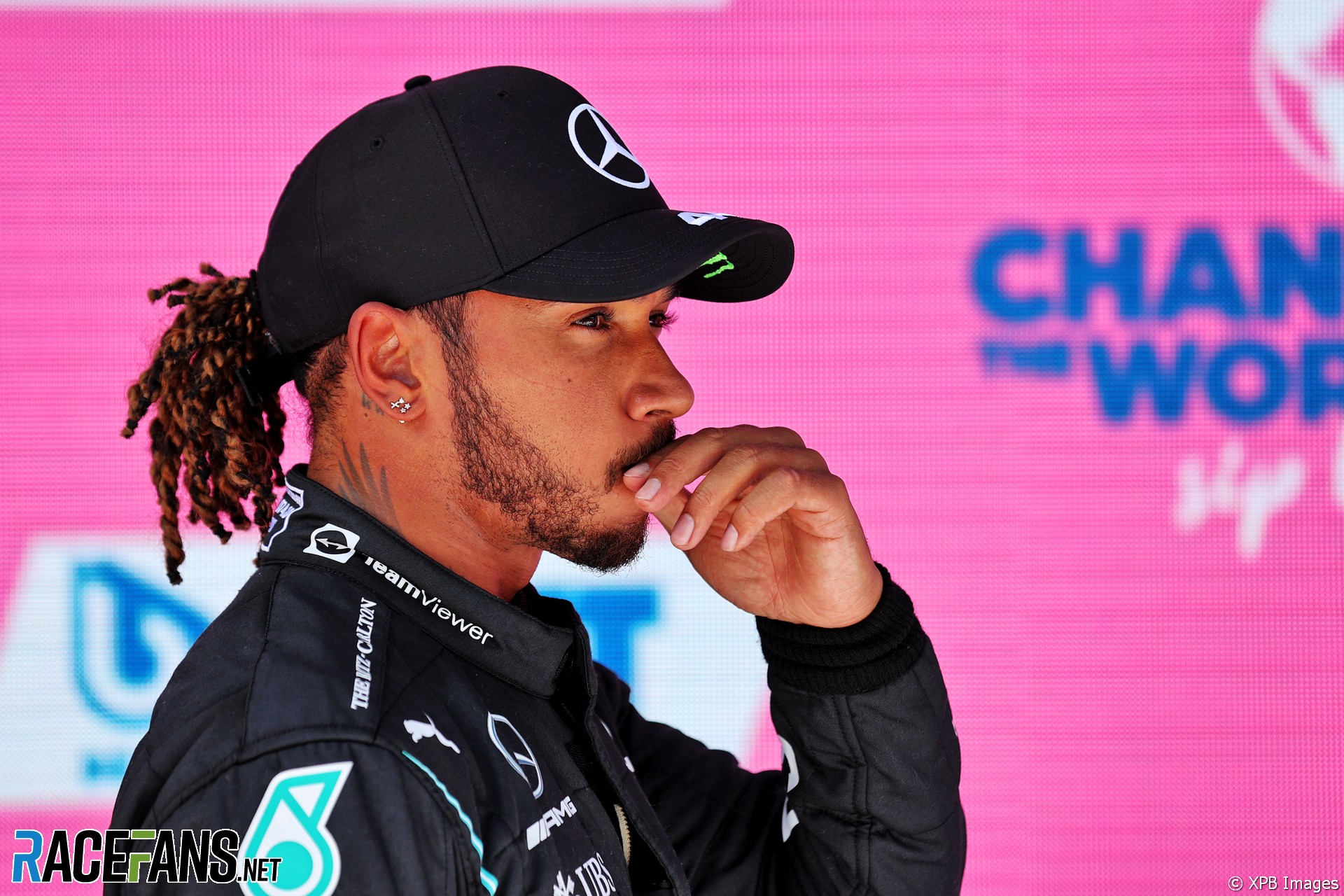 Lewis Hamilton admitted his decision to overtake a series of rivals before beginning his final lap in qualifying spoiled his final attempt to take pole position.

Hamilton and Bottas left the pits for their final runs behind Max Verstappen and six other drivers. But Verstappen allowed both past, running behind Hamilton and potentially able to benefit from his slipstream when they began their final qualifying runs.

Bottas overtook several drivers ahead of them as the Mercedes pair completed their out-lap. Hamilton passed Fernando Alonso, Pierre Gasly and Bottas, taking up position behind Charles Leclerc, as they approached the end of the lap. However, he admitted going off-line to do so meant picking up dirt on his tyres and “definitely” cost him time on his final lap.

“I knew that everyone was just going so slow and I was worried [about] not having the tyres up to temperature, but I went on all the dirty lines, so just picking up all the dirt on the tyres and then [had a] poor exit out of the last corner.

Hamilton went off at the end of his lap and fell to third in the final classification having failed to improve his time.

He used a different strategy to his rivals in Q3, saving enough sets of soft tyres to have three runs in quick succession.

“I was told that I had three tyres and I could use them all so I was like yeah, I’ll throw everything at it, give it three shots in the hope to close the gap, that two tenths to Max.

“But as I said, the last one was not great when there’s all these people out there and you’re not able to get the temperature in the tyres. But as I said we did everything we could.”

33 comments on “Jumping the queue in qualifying was a mistake, Hamilton admits”