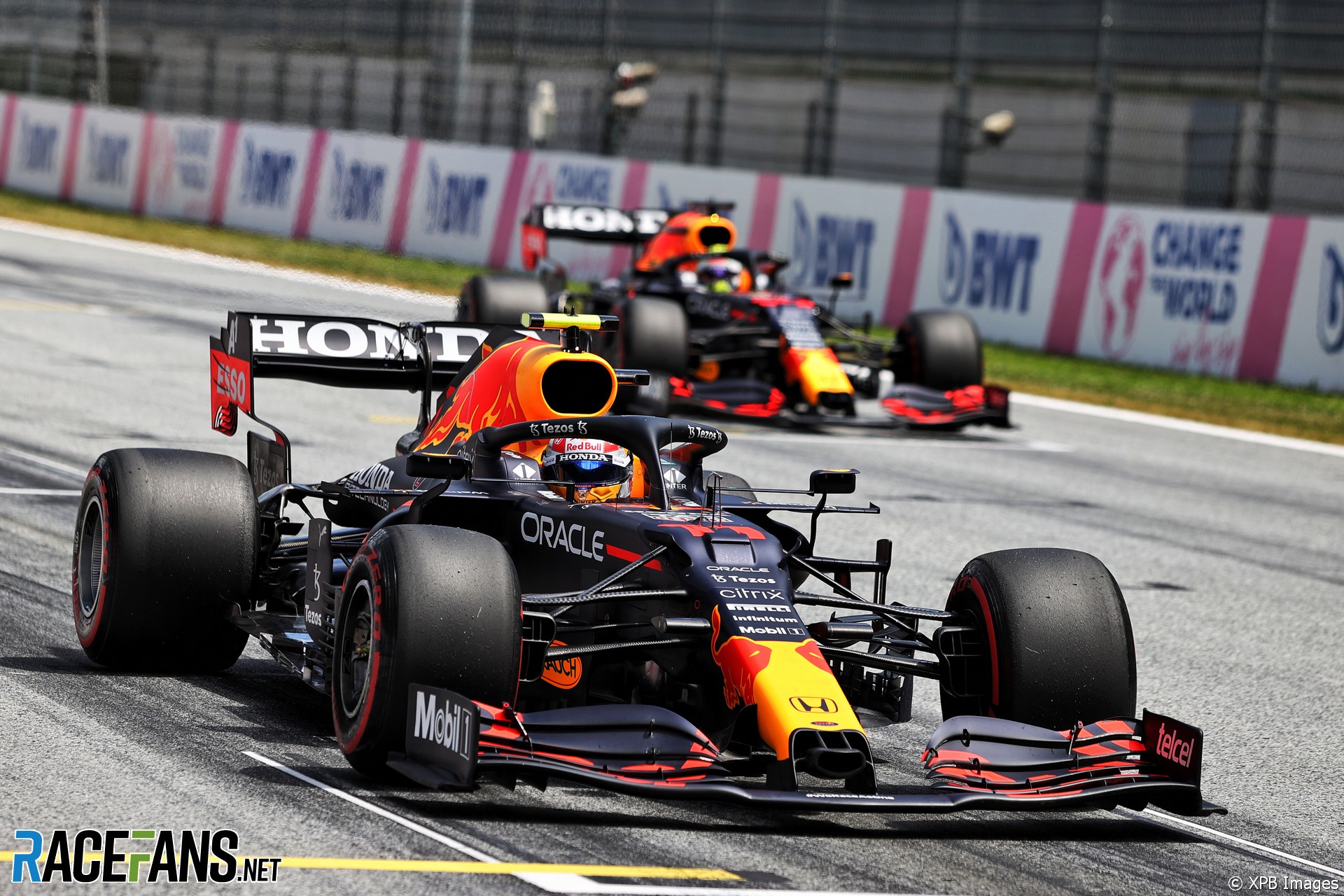 Sergio Perez says he needs to pass Lando Norris early in the Styrian Grand Prix to join the fight with the race leaders.

Perez will start the race fourth alongside the McLaren driver. His team mate Max Verstappen claimed pole position ahead of Lewis Hamilton.

“The aim is to clear Lando as soon as possible to make sure we are in the race with with the leaders soon enough,” said Perez. “So that’s the main target and make the most out of our strategy.”

“I’ll be as aggressive as needed to just get my track position, where I need to be,” he added. Both drivers will start the race on soft tyres.

But while McLaren team principal Andreas Seidl sees the race as a rare opportunity to finish ahead of a Red Bull or a Mercedes. Valtteri Bottas also starts behind Norris following his grid penalty.

“It’s important that we focus on our race and I guess our race is clearly not with Lewis or with Max,” said Seidl. “At the same time we have seen that there might be a chance to battle with Valtteri or Checo.

“Independent of that, it’s important to have a good race start, making sure you get through the first lap here without any incidents – turn one, turn three we have seen in the past a lot of things happening – and then we take it from there.”

Perez was said Norris produced “a great lap” to line up behind the championship contenders.

“The gaps were extremely tight all the way through qualifying, it just shows how close it is,” said the Red Bull driver. “If you take a tenth out of my lap time, all of the sudden I’m P2, so the margins are extremely tight around this place and it will only get tighter on the second weekend.”

Perez used an extra set of tyres during the first round of qualifying, which had a knock-on effect for the rest of his qualifying.

“When you’re on the back foot, with that set of tyres that we lost in Q1 due to poor balance, then we’re compromised quite a bit,” he said. “I think we had a lot more in hand. The pace was there to go quite a lot better.”

The Red Bull driver said his final run in Q3 was disrupted when the two Mercedes drivers overtook him. “People around on different tyre preparations need to go faster, some slower,” he explained. “Once again, it ruined a bit my lap because I up with cooler tyres, un-ideally but it’s part of the game.”