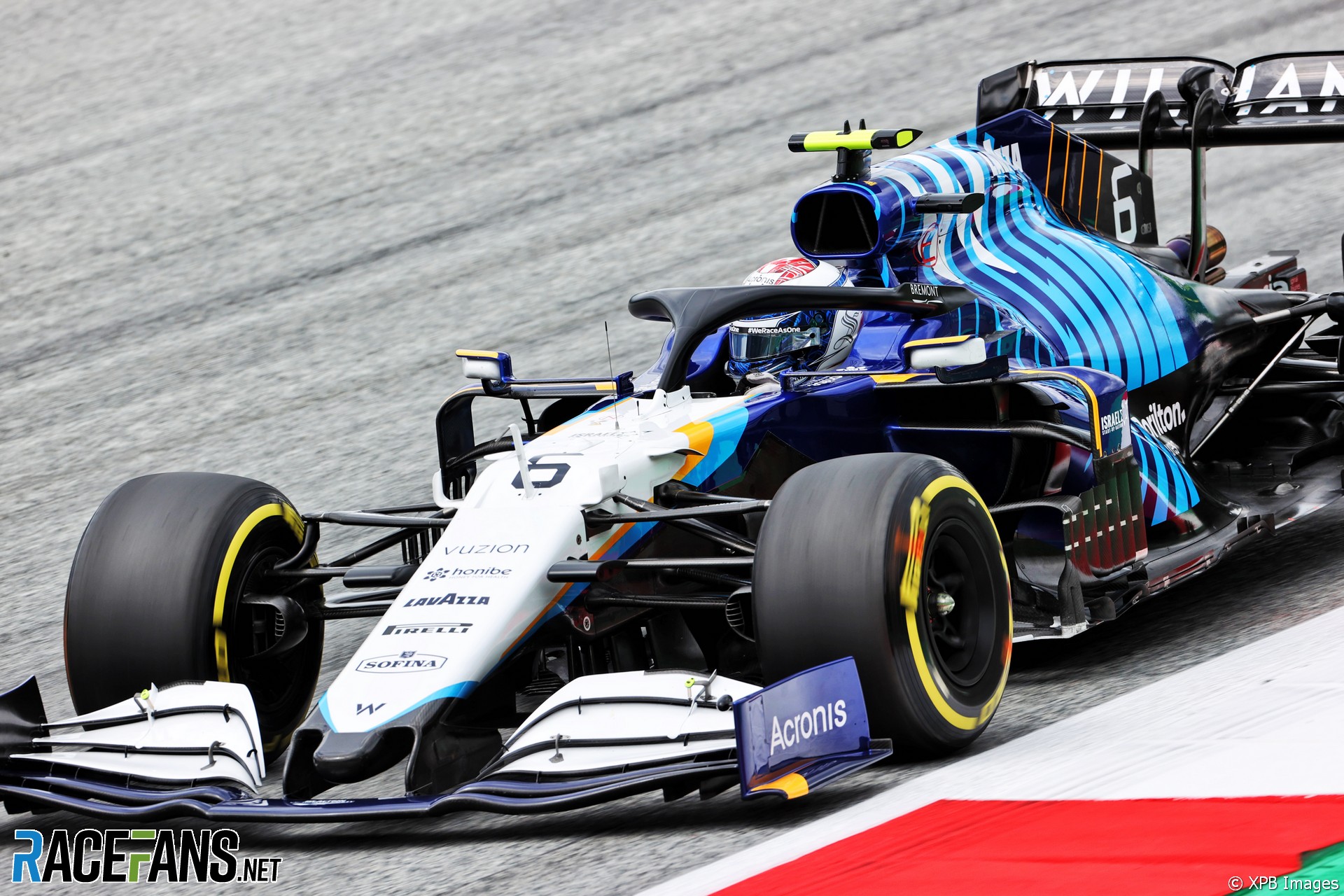 Williams are looking into joining Formula 1’s 18-inch tyre testing programme this year to avoid being left at a disadvantage to its rivals.

The team, which lies ninth in the constructors’ championship, is the only one not participating in the tests of the new 18-inch tyres which will be raced for the first time in the 2022 season.

All 10 teams were invited to aid development of the lower-profile rubber. In order to conduct representative tests, each was required to produce a ‘mule car’ reflecting the lower downforce levels expected next year, as well as any other changes necessary to accommodate the larger wheels.

Williams decided against joining the test at the time due to the financial difficulties experienced prior to being sold to Dorilton Capital in August 2020.

The team’s new technical director FX Demaison, who was appointed following the Dorilton takeover, told RaceFans the situation was “not optimum” and “not what we wanted”.

“But there were some decisions made in the past, mostly for financial reasons, and we have to accept this,” he added. “It’s like this, it’s part of the game.”

He believes the team has shown it can quickly get up to speed with the change, and defended the decision not to commit to the testing programme last year.

“We will have maybe a disadvantage but I have full confidence in our team of engineers,” he said. “We saw in the last races that we can use the tyre properly so I can’t see why you we would not get there with the 18-inch tyre.

“For sure we will have a small handicap at the end of next year but we’ll learn. We know this, the decision was made knowing this and when we took the decision not to build a mule car, it was the right decision at that time.”

Demaison is keen for the team to take advantage of any opportunity to test the tyres before they are introduced next year. “We could but it’s a lot of energy to do it,” he said. “But I’m working on it, I would like to do it.”

RaceFans understands one option for the team could be to produce a mule car in time for the post-season test at Yas Marina, where it will have the opportunity to run the new tyres.

Ferrari, Alpine, Mercedes, Red Bull and Alfa Romeo have already tested the new tyres. Mercedes forfeited one of its planned tests as a cost-saving measure, which Ferrari took over. AlphaTauri will be next to test the new rubber at the Red Bull Ring on the Tuesday and Wednesday after the Austrian Grand Prix.