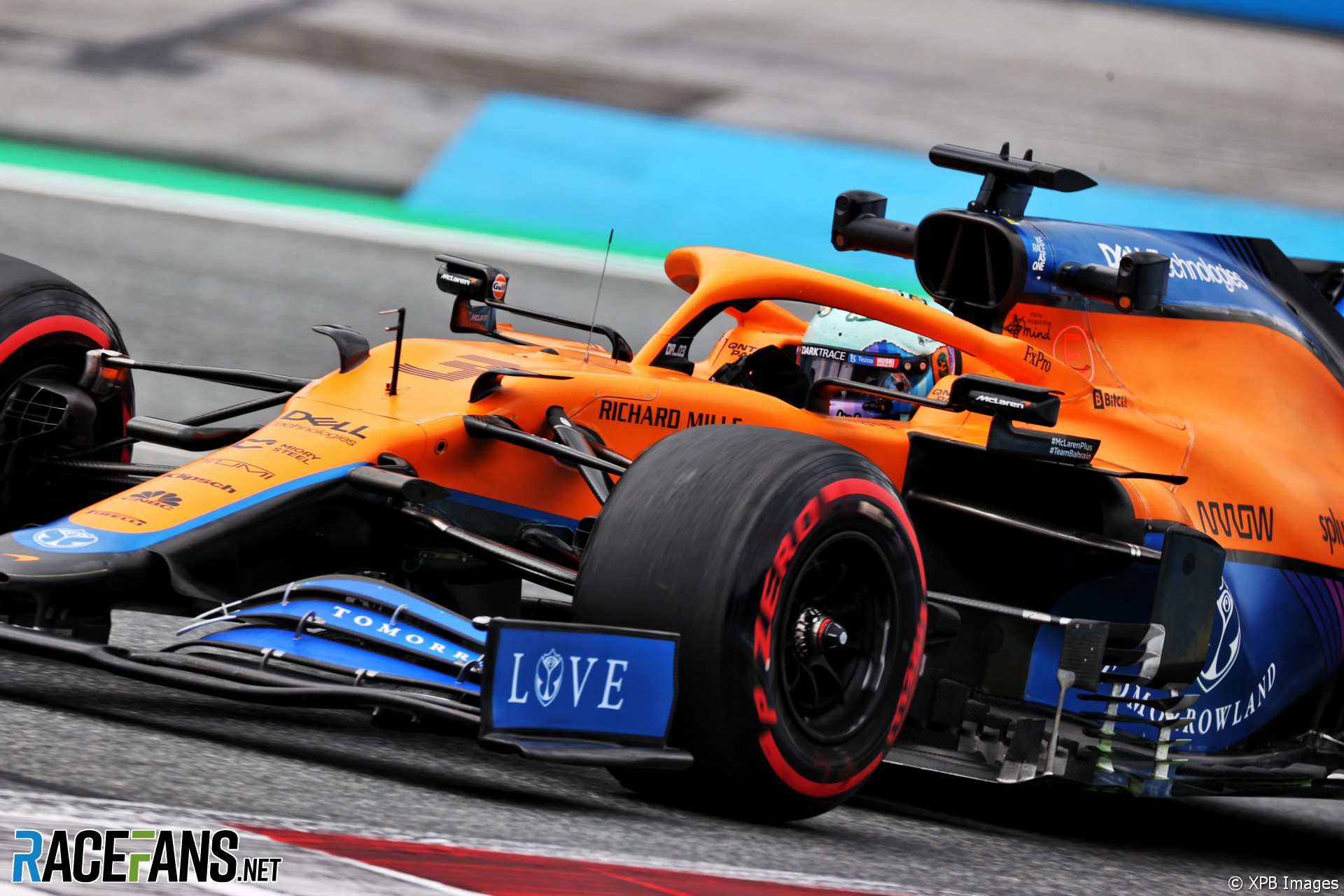 McLaren team principal Andreas Seidl says it is “important” to have both their cars in Q3 today, something they have only managed in half the races so far this year.

Lando Norris has reached the final round of qualifying in all eight races so far. But team mate Daniel Ricciardo has dropped out in Q2 three times – including at this track last weekend – and failed to progress beyond Q1 in Portugal.

“It will be important for us to get back into quali three with both cars,” said Seidl. “It would obviously be great if we could repeat Lando’s performance again like we have seen last weekend in qualifying and beat the Ferraris and battle one or the other Red Bull or Mercedes, which will be difficult.”

Ricciardo ended practice yesterday 15th fastest, though only two-tenths of a second slower than his team mate.

Seidl believes his new driver is making progress with the team’s car. “He made some good steps forward for some of the races like in Barcelona and Paul Ricard,” he said.

“But he’s still not fully at home with our car, not fully comfortable, especially when you have to push this car to the limit in qualifying. That’s why we still see these ups and downs.

“We simply have to stay calm, together with him, work on the challenges he’s having with our car and then to simply pull off this performance that we have seen from him already more often.”

Following practice, where McLaren conducted development work on a floor upgrade, Ricciardo said he felt confident he could find time ahead of qualifying.

“We’re just lacking a little bit,” he said. “There’s nothing which feels out of place with balance in the car.

“I assume it’s probably just a little bit everywhere. I know there’s not many corners here but maybe we’re just missing half a tenth everywhere and obviously that adds up to maybe half a second or something and maybe that’s what we need.”