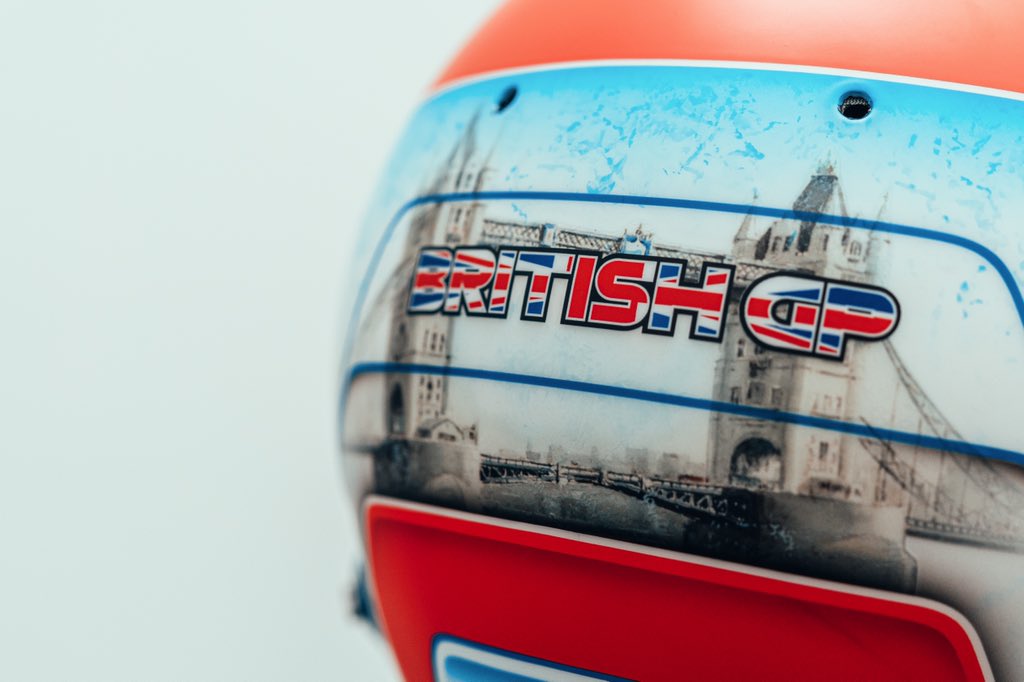 The British drivers are sporting special helmet designs for this weekend’s British Grand Prix, while Charles Leclerc is celebrating the 70th anniversary of Ferrari’s first win.

Hamilton commissioned artist Mad Dog Jones to create his latest design. It incorporates many of his familiar slogans and personal causes, including the upraised fist signifying the Black Lives Matter movement, a recycling logo, his timing screen acryonym ‘HAM’ and ‘Still I Rise’ slogan.

It also includes the names of track features at Silverstone, which includes the recently renamed start/finish straight, now known as the Hamilton straight.

Lando Norris invited his fans to contribute to his helmet design which is a gesture of thanks to the key workers which have helped the country through the pandemic.

George Russell’s helmet has a strongly patriotic theme and images of many famous British landmark.

Leclerc’s helmet marks the 70th anniversary of Ferrari’s first victory in a round of the world championship. It was scored by Jose Froilan Gonzalez in the 1951 British Grand Prix at Silverstone.