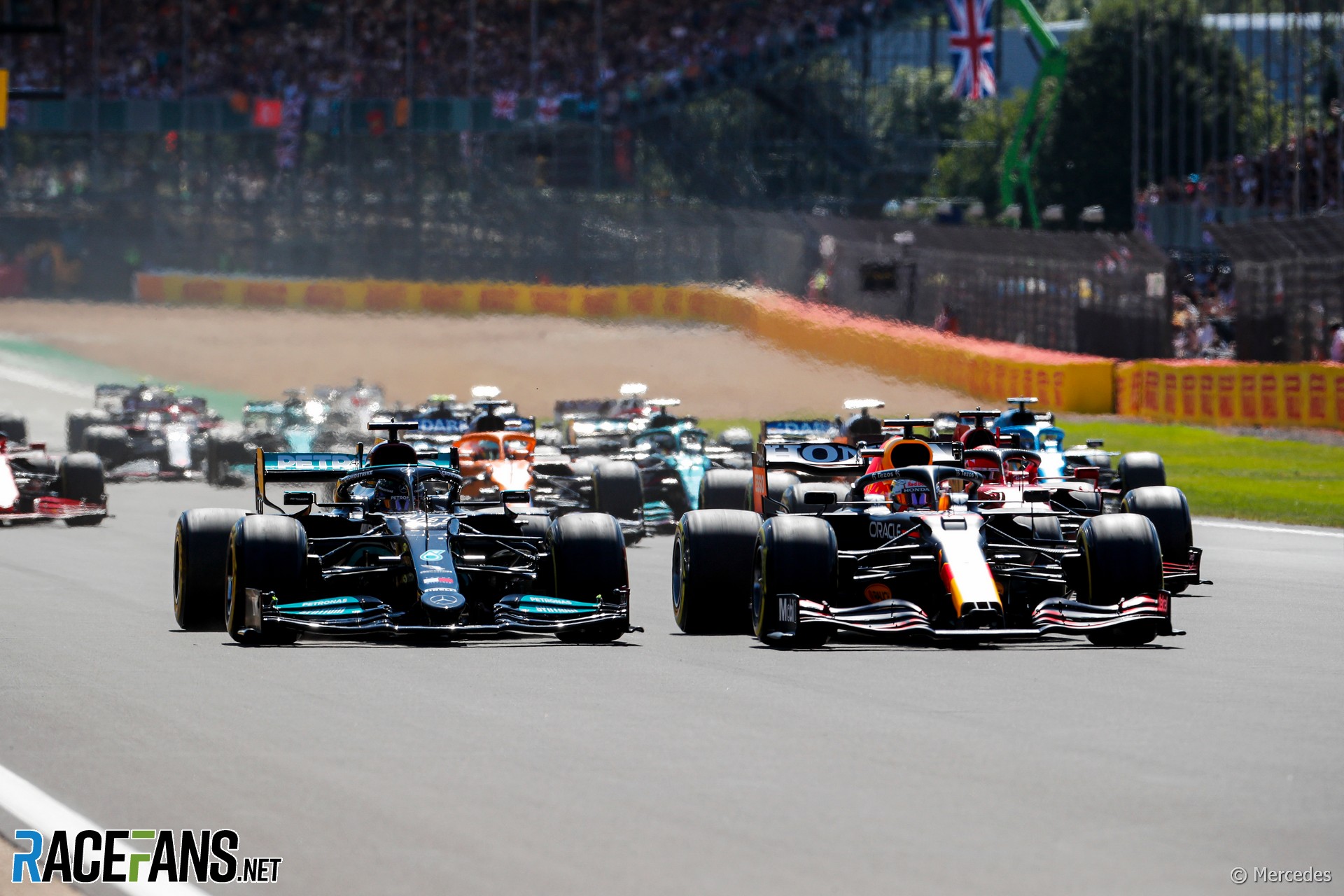 Hamilton was issued a 10-second time penalty and two penalty points on his super license after colliding with Verstappen on lap one of the British Grand Prix. Verstappen crashed out of the race, suffering an impact of more than 50G with the barrier at Copse. The race was red-flagged and stewards deliberated on who was to blame for the accident until shortly after the restart.

During the red flag period, team principal Toto Wolff was heard contacting F1 race director Michael Masi saying that he had sent him an email with information Mercedes thought was important to the stewards’ investigation into the incident.

Allison revealed more of what Mercedes wanted to draw attention to in a video issued by the team. “We were concerned after the incident and prior to the restart to make sure that the stewards had read and were following the FIA’s internal guidance to stewards on the rights and wrongs of overtaking because as far as we are concerned, the manoeuvre that took place, the manoeuvre that Lewis did was absolutely in line with the FIA’s overtaking guide,” he said.

“Lewis definitely was substantially alongside – he had his front axle well beyond the midpoint of Verstappen’s car,” Allison added.

The FIA’s guidance also stipulates that any car making such a manoeuvre should be on a line whereby they would be safely able to get around a corner, without a collision, Allison explained.

“What that means is not that you have to emerge in the lead, what it means is that you do not have to cede your position, you do not have to back off and the other car has a duty to avoid hitting you,” he continued. “So, if you follow the notes that are provided to the FIA stewards and you look frame by frame at what happened with Lewis, he was substantially alongside, he absolutely would have made the corner and indeed, did make the corner and therefore there was no need for him to cede any ground.”

Allison has previously praised Hamilton’s driving as exceptionally clean, saying before the start of last season he has an “utterly unblemished record” in terms of incidents. He disagreed with the stewards’ decision to penalise him on Sunday.

“I did feel that it was harsh to get the penalty. I realise not everyone agrees with that, but I still believe that to be the case and I certainly think that whether Copse is a fast corner or a slow corner makes no difference.

“This is about what are the rules to do with overtaking and I didn’t see that Lewis did anything wrong with respect to those rules. Indeed, later in the race, Lewis made two further overtakes at Copse using exactly the same guidance and there wasn’t a contact in either of those cases.”

“I personally feel it was a harsh decision,” he emphasised. “In the end, for our outcome, it didn’t make any difference but I can understand people who maybe don’t understand there is no obligation on you to hit the apex of the corner, that you don’t have to have your whole car in front of the other car, I can understand that if you are seeing it from that perspective you might think that the car coming from behind has some sort of obligation to make sure that no crashes take place, but if you look at the stewarding document then I think that Lewis did nothing wrong.”