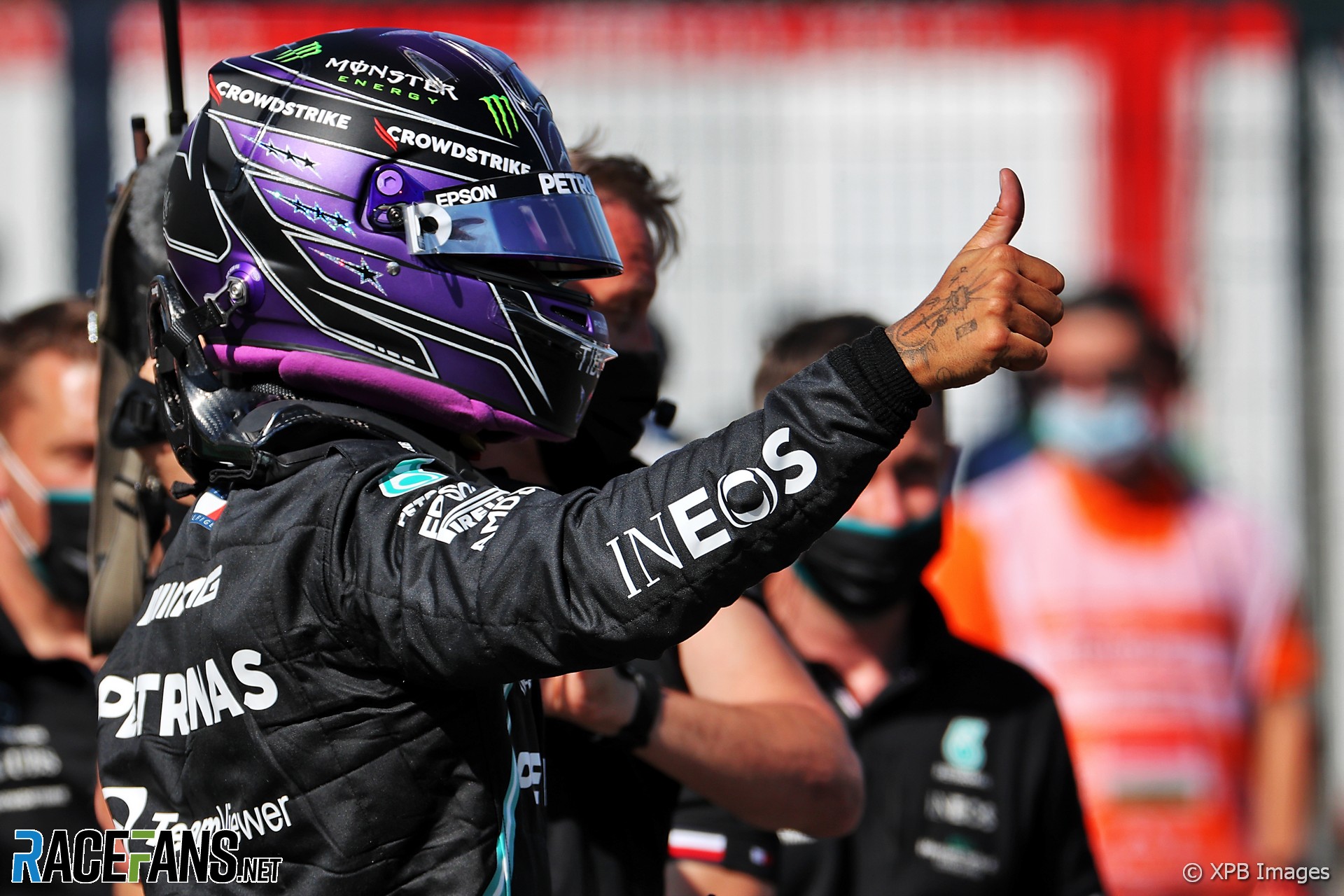 Lewis Hamilton led team mate Valtteri Bottas to a Mercedes front-row lock out at the Hungaroring but was greeted by boos from some in the crowd at the end of the session.

The Mercedes driver set an early Q3 time which wasn’t beaten after the drivers’ final runs. The Mercedes drivers ran in front of the Red Bull pair at the end of the session and Hamilton began his final lap so late only one of their rivals – Max Verstappen – was able to begin their final lap before the chequered flag was shown.

“It was an amazing qualifying lap, that last one,” Hamilton said. “I think it’s been amazing teamwork from everyone this weekend, Valtteri included

“[We’re] just trying to push the car forwards, developing constantly, the guys back at the factory just [have] not left any stone unturned. So it’s been amazing to see everyone coming together and rallying up and pushing forward.”

Hamilton said he was not concerned by the negative reaction from some in the crowd. “I appreciate the great support I’ve had here,” he said. “I’ve never actually felt so great with the booing. If anything, it just fuels me. So I don’t really mind.”

Both Mercedes drivers were able to go through to Q3 on medium tyres, while both Red Bull chose to start the race on softs. Hamilton said the difference in strategy at the race start would create a tactically interesting scenario.

“I think the soft tyre is worth something like five metres down into turn one, obviously it’s a long way down to turn one,” he said. “So it’s surprising to see the guys behind us, everyone in the top 10, on the soft except for us. We’ll see.

“It’s definitely great having a lock-out for our team, it’s the first time in a long time. So thank you to everyone back at the factory.”