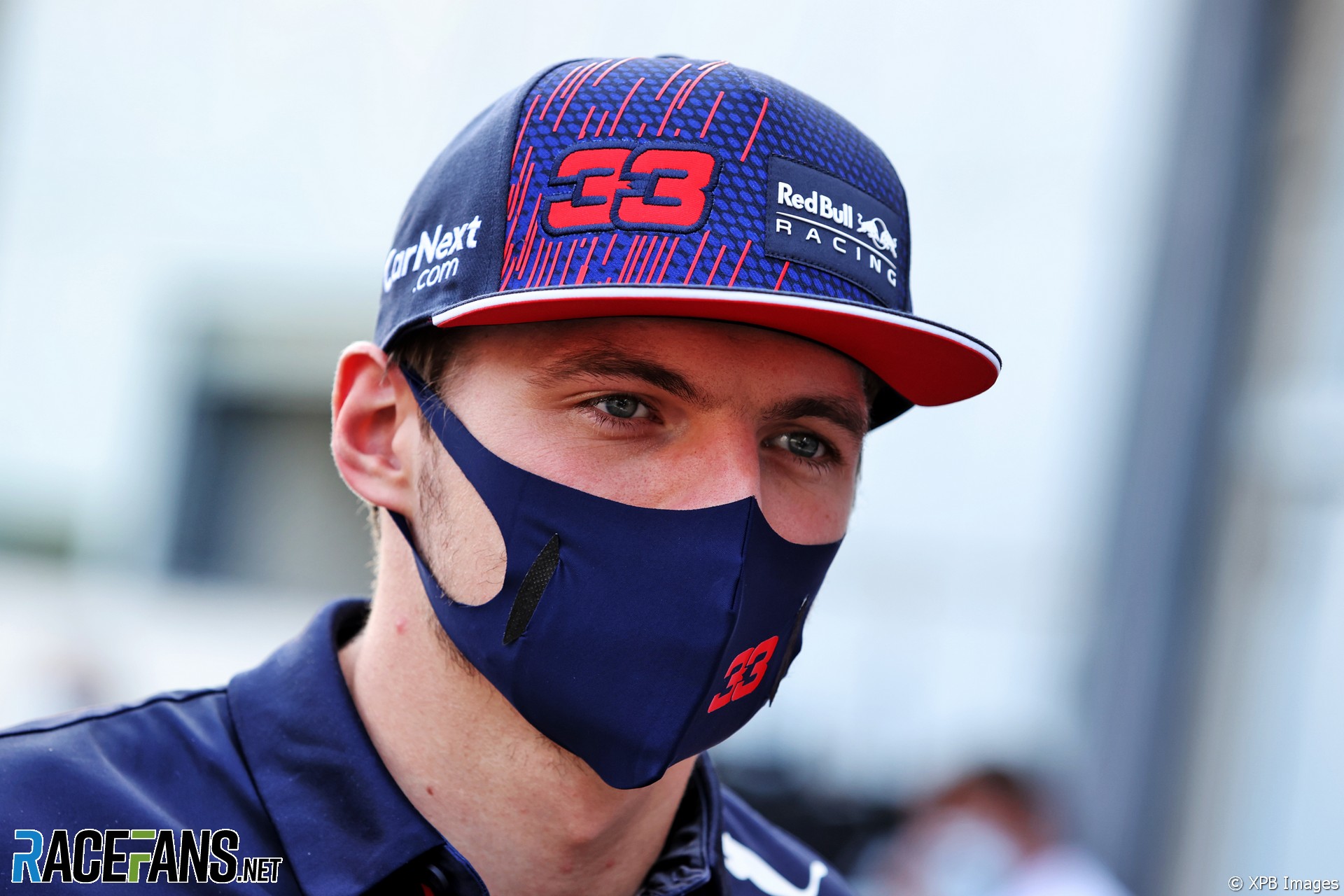 The Red Bull driver’s second power unit was taken out of service early due to damage resulting from his high-speed crash during the British Grand Prix. He is therefore likely to need a fourth power unit before the end of the season, which will result in a penalty, though Honda is hopeful some parts of the damaged engine can still be salvaged.

Verstappen said that if the team does change his engine, it is unlikely to be at this weekend’s race.

“We haven’t really decided yet,” he said. “We’ll see. It’s definitely not the plan to have to take it here.”

Although Red Bull have been more competitive this year than in previous seasons, Verstappen said he isn’t sure “if it’s going to going to be enough to fight” with Mercedes this weekend.

“But nevertheless, this weekend, with sprint qualifying stuff, it’s going to be very different. So I just hope that we did our homework before getting here and we can be very competitive.

“It’s a bit difficult to say where we will stand. I definitely don’t expect it to be like Zandvoort.”