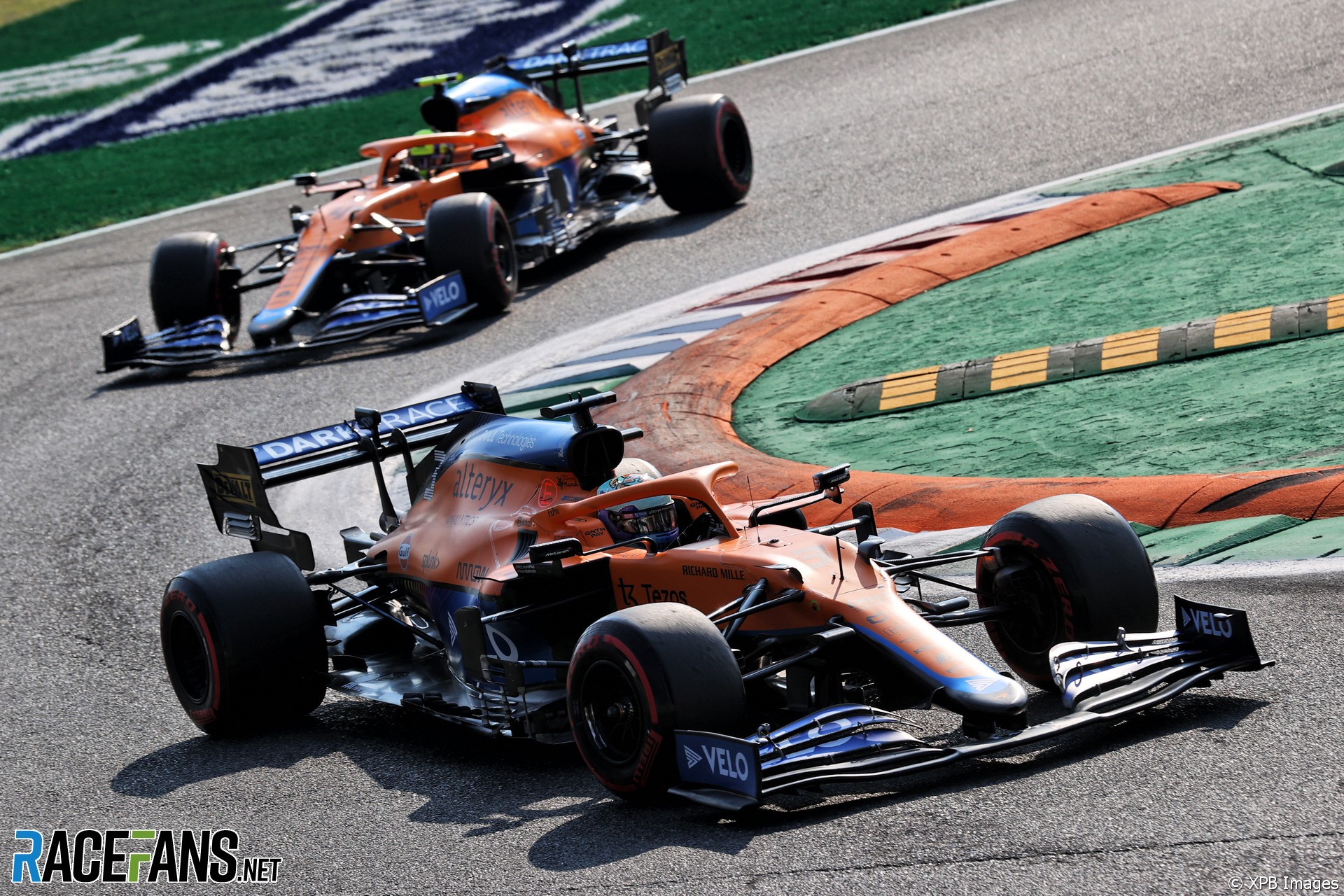 Daniel Ricciardo says McLaren need to have luck on their side in order to win the Italian Grand Prix after the team took second and third place on the grid.

The team gambled on soft tyres at the start of the sprint qualifying race which helped Ricciardo and team mate Lando Norris gain a place each from Lewis Hamilton at the start. Ricciardo finished third and will start tomorrow’s race second, alongside pole-winner Max Verstappen, following Valtteri Bottas’ grid penalty.

Ricciardo said he’ll “dream a little bit” about the possibility of winning the race tonight, “but I’m ready to make that a reality for sure.”

He has endured a difficult season since moving from Renault to McLaren and is yet to finish on the podium. Ricciardo is looking for his first win since 2018, while McLaren’s victory drought stretches back to 2012.

“We’re close and I know a few things might have to swing in our favour tomorrow, but we’ve certainly put ourself in the fight, in the hunt. So I’m very excited to get going with that and try to make some good stuff happen.”

Monza has been a strong circuit for McLaren in recent seasons. “Obviously they were second here last year so we’re there or thereabouts,” said Ricciardo. “I’m hungry. I think anyone that saw me after qualifying yesterday, I think they’re not surprised about this outcome today.”

Ricciardo said his strong getaway from fifth on the grid was key to his third-placed finish. “It was a good start,” he said. “I knew I had a good launch. As soon as you drop the clutch, you kind of know.”

“I had a good tow and I had also a clear line braking for turn one. So I was able to go quite deep and I thought maybe I could get Max for a second.

“But then he had the inside for one and I think if I stayed there and tried to keep the inside for two, I don’t think there was enough room for two cars.”