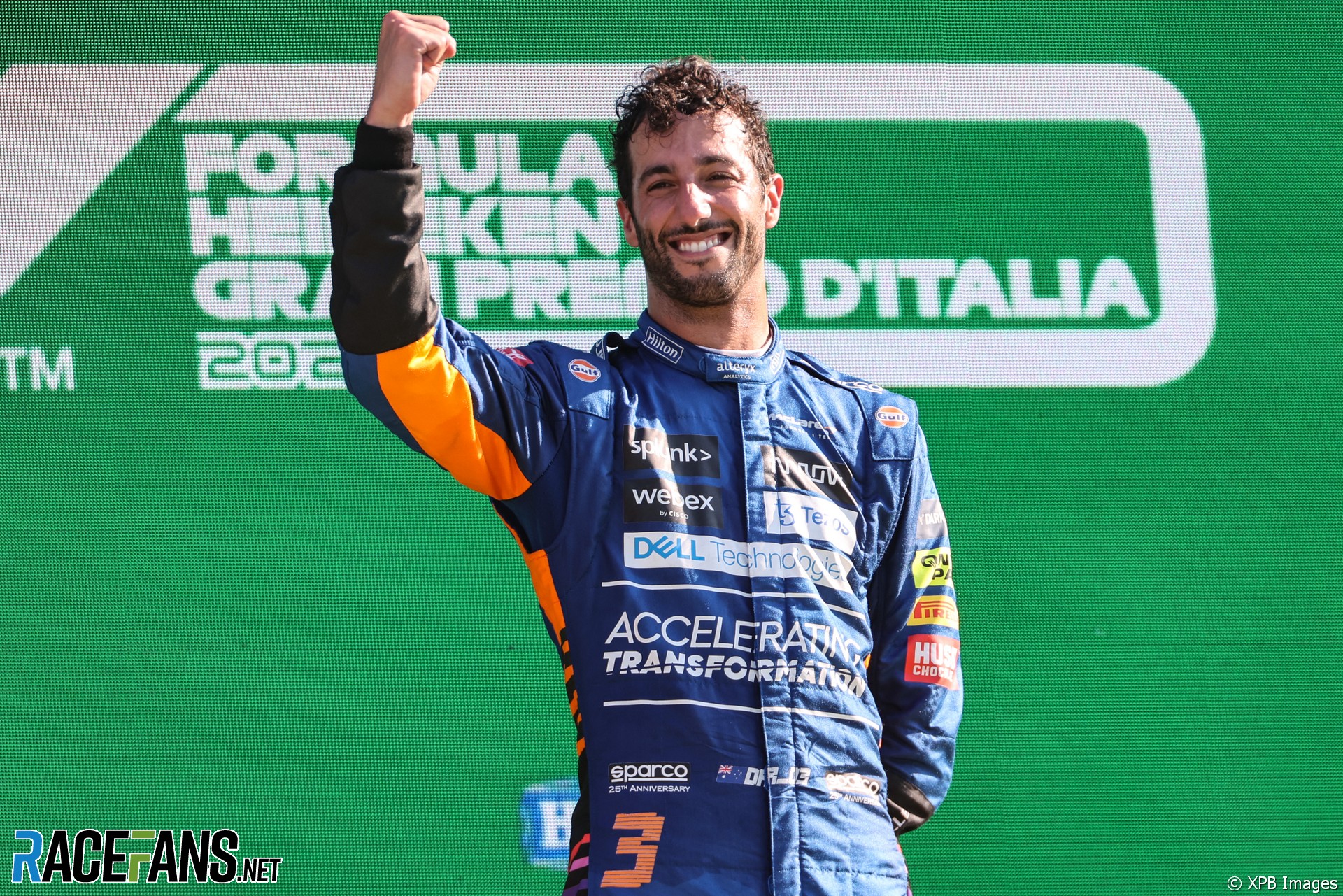 Daniel Ricciardo believes his breakthrough victory for McLaren at Monza has given everyone added confidence in him following a difficult start to his first season with the team.

He said his first win for three years last weekend was motivated by his frustration after qualifying on Friday.

Ricciardo admitted he’d “been playing catch-up because it’s started a bit on the back foot” in the first half of the season. “That’s through no fault of anyone’s, it’s just me trying to adapt to the car and team.

“They’ve been really supportive throughout and I think that’s been some of the internal frustration, that everything around me feels great it’s just the results weren’t there to kind of complete the picture.

“So then August break, just getting away from it, I think was a chance to just like also decompress, switch off and reset. And coming into Belgium I just already felt like personally more kind of game for it. And with that I kind of drew some confidence.

“Then at Monza I felt like from first practice the car felt pretty good. I thought we could be on here. And then again, drew more confidence from that.”

However he was disappointed to end Friday’s qualifying session in fifth place, three-hundredths of a second away from third on the grid.

“On Friday evening I was pretty dark after the qualifying,” said Ricciardo. “It was like just something in me. I was like, I just don’t want to be here anymore in terms of I want to win, I want to be the guy. Being close just fuelled me more than anything.

“But that’s when the competitor in me just really came out. I can’t even explain it, but it was just like something like a burning feeling inside of me. And I was just like, no, it’s not good enough. I was like ‘blinkers on’ for the rest of the weekend.

“It’s easy to say now because I won but honestly there was something that came over me, particularly after Friday evening. I was just a man on a mission.”

Ricciardo said he felt a new “intensity” in his approach from then on. “I’ve definitely carried confidence through race weekends and it has been there at moments for sure, but not to that level.”

He is confident he will be able to continue operating at the level of competitiveness he showed at Monza.

“After the weekend I don’t think it’s like I need to tap into that place all the time to get it out of myself,” said Ricciardo. “I think I drew a lot of confidence from that weekend.

“Also the team a lot of them have supported me and believed in me from the start but the weekend kind of just reassured everyone. So I think as a team moving forward, we can be quietly confident.”