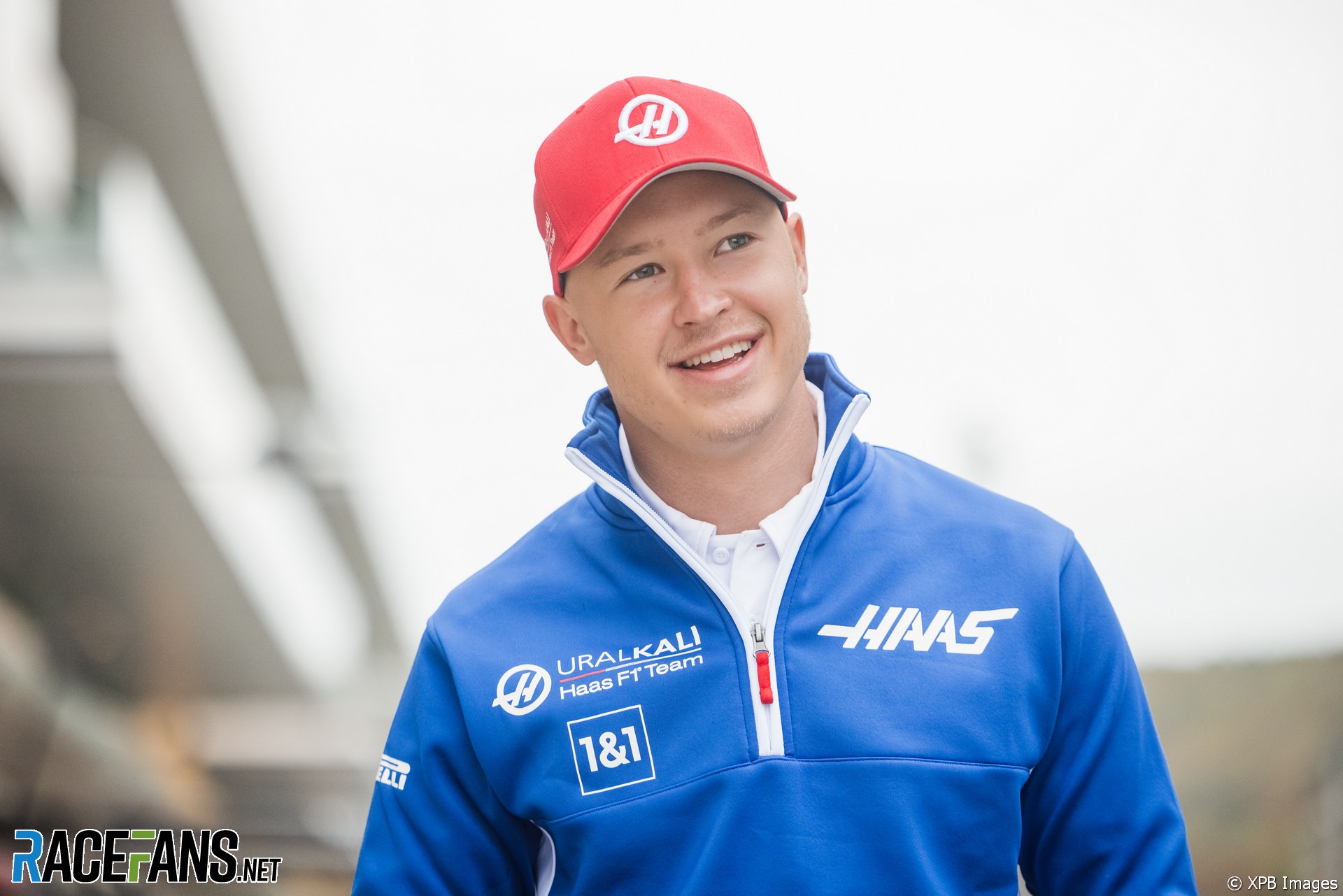 Nikita Mazepin is convinced his change of chassis since the summer break has improved his pace.

The Haas driver, whose deal to continue driving at the team next year was confirmed yesterday, says he is approaching the remainder of his first season with greater optimism.

Mazepin was given a replacement for his chassis at Spa. He said the previous example was heavier than that used by team mate Mick Schumacher. According to Haas, Schumacher had also driven Mazepin’s chassis for a time earlier in the season.

But despite feeling he was at a competitive disadvantage prior to the replacement, Mazepin said the first half of his rookie season had given him valuable seat time.

“Time’s never wasted in these cars, you can’t get any time to drive them outside of a race weekend,” he said. “So, doing the things I was doing was still important: FP1, FP2, FP3 and races.

“Obviously I don’t come here to learn and to just do laps. I come here to beat people and to try and be in front and maybe one time it will pay off. Maybe it’s even this weekend, who knows that the magic is going to happen.

“But I definitely know I had a pace disadvantage before I started a lap because of the weight.”

Mazepin said the limitation meant he wasn’t able to build as much momentum in developing his own driving. “It just took me more work and less positive feedback – if you are satisfied with your results, it’s easier to keep going because you feel like it’s paying off.

He feels he has made “a fresh start” since his chassis was replaced. “If you look at FP1 in Belgium, it was clear that the pace of both drivers and the set-up is all of a sudden quite similar.

“We ask the same things and the feedback is is quite alike. So I think, in that respect, it’s very important that we figured it out before 2022 because it’s important to set it up, set up a car that works for both drivers. But I don’t look back. I only look forward.”

2 comments on “Mazepin ‘definitely had pace disadvantage’ with old chassis”