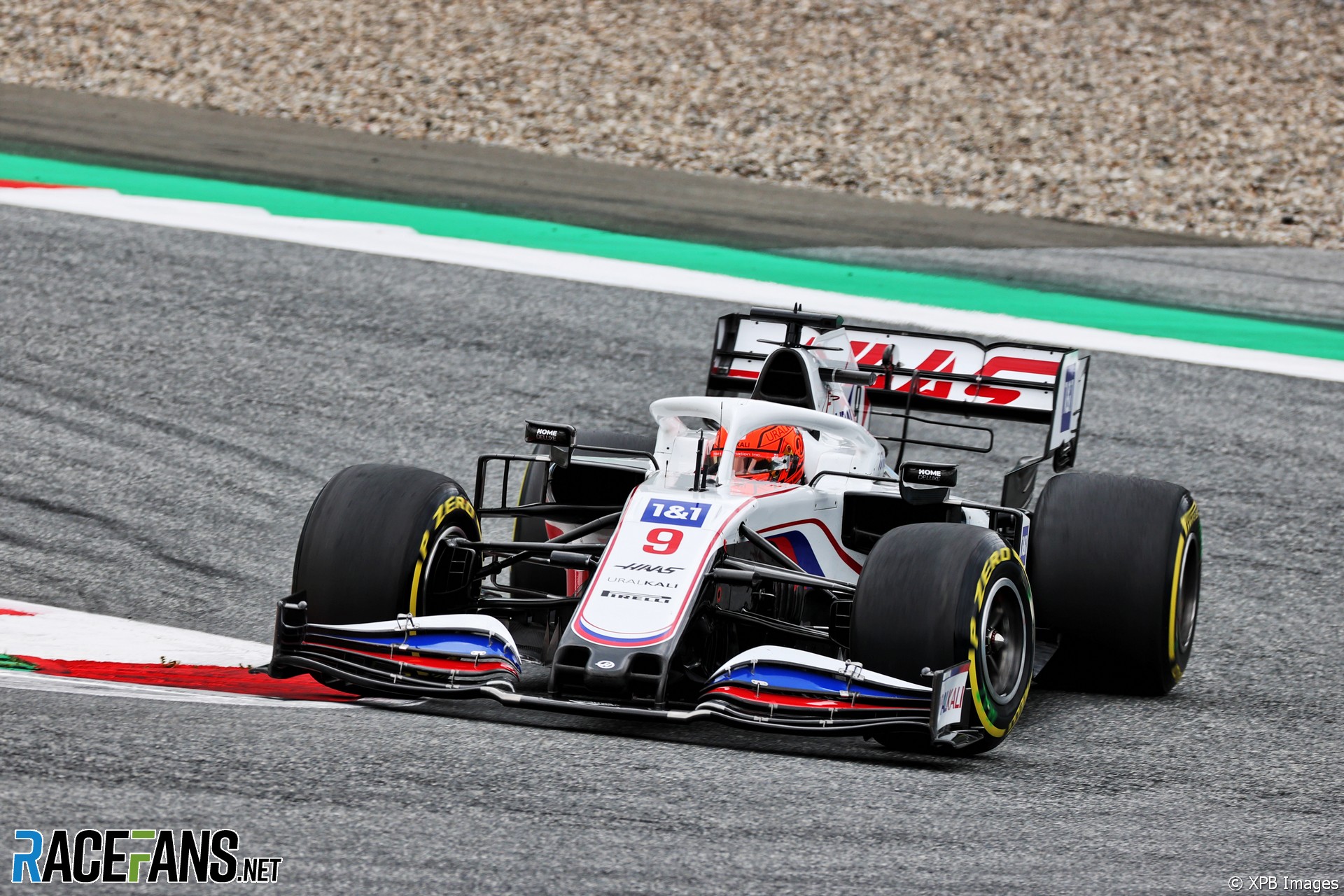 Nikita Mazepin, who said earlier in the season his Haas chassis was heavier than team mate Mick Schumacher’s, will have a new one for this weekend’s race.

Following the Styrian Grand Prix Mazepin said he was “pretty certain” that his heavier car had put him at a disadvantage compared to his team mate. Schumacher has also driven the heavier chassis at some races.

Team principal Guenther Steiner confirmed Mazepin will have a new chassis from this weekend’s race, but said it wasn’t clear whether it would feel significantly different to the previous one.

“He got a new one,” said Steiner. “The chassis are, I don’t know the exact stiffness data, but you cannot change the stiffness of a chassis without changing the homologation. It’s a homologated chassis, so it will be very similar. There is always a tolerance in it but I don’t know off the top of my head the tolerance.”

Steiner previously warned his drivers have caused too much crash damage this year, increasing the team’s costs. However he indicated the expense of preparing a new chassis had been budgeted for and there was “no financial impact” as a result.

As with their rivals, Haas used chassis from the previous season as the basis for their 2021 cars. However one of last year’s chassis was written off in Romain Grosjean’s Bahrain Grand Prix crash and subsequent fire.

The team won’t be able to judge any differences between the cars until practice begins at Spa on Friday. “Performance-wise, we will see tomorrow if there is a difference,” said Steiner. “I don’t know if Nikita feels any different, that is more down to him than to me.

“But otherwise as I say, it’s homologated chassis. We had two old ones, because one obviously we destroyed last year, we burnt it. We’ll see tomorrow.”

2 comments on “Mazepin gets new chassis for Belgian Grand Prix”