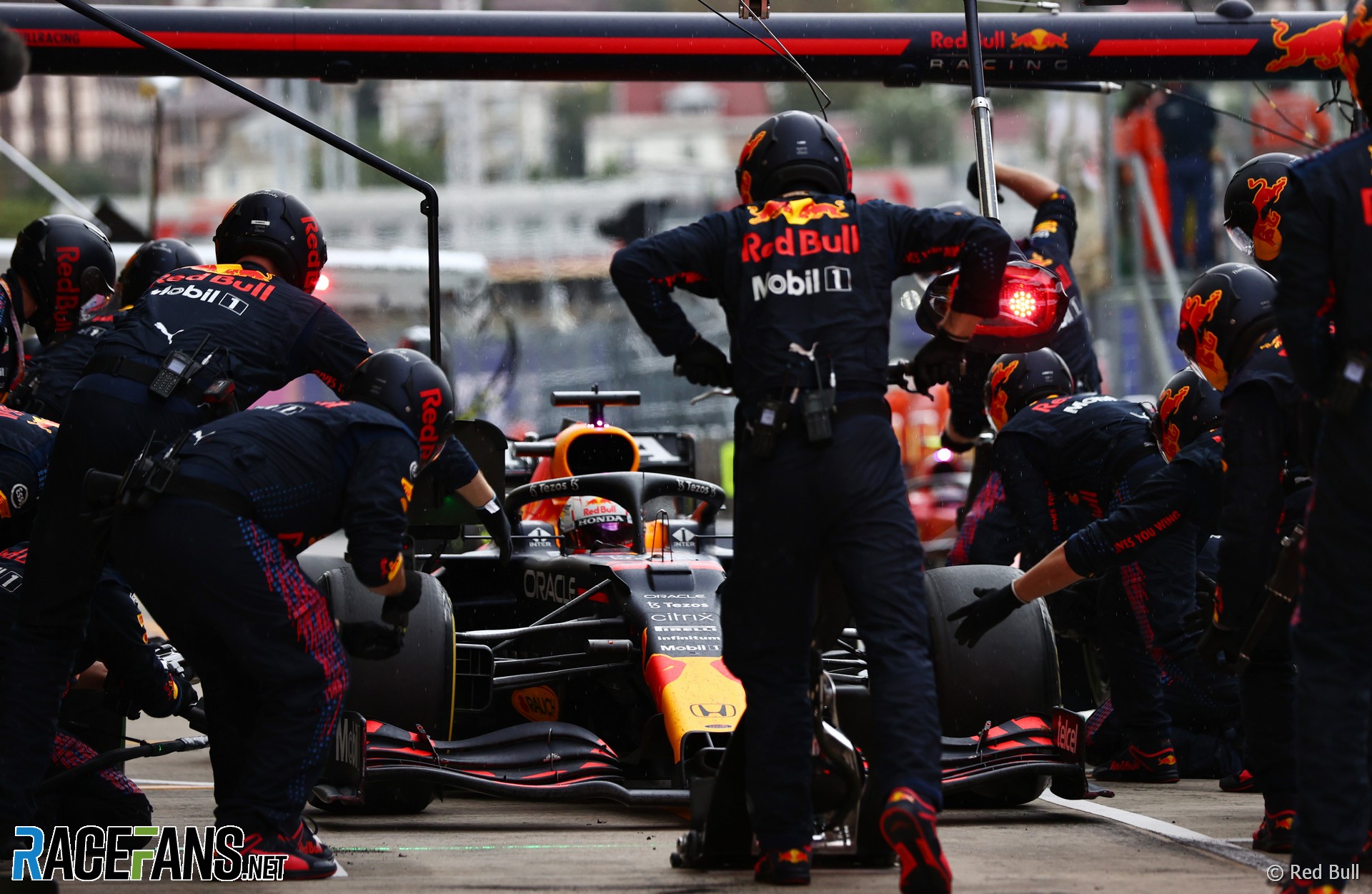 After climbing from 20th to second in the Russian Grand Prix, Max Verstappen said the timing of his pit stop for intermediate tyres was “crucial” to his result.

Verstappen started the race last, following penalties both for a power unit replacement and a three-place grid drop from his collision with Lewis Hamilton in Monza.

He said making the decision to pit for intermediate tyres during sudden wet conditions in the last 10 laps of the race had been difficult.

“It was pretty tricky on the in-lap to make the call to go to inters,” Verstappen said. “But at one point it was really, really slippery. I think we decided at the right time to pit because if we would have gone one lap earlier, you would have probably destroyed the inters in the last sector.”

“But of course, to come from last to second is very, very good,” said Verstappen. Although he lost his championship lead to Hamilton, the pair are separated by just two points.

Verstappen was on course to finish around seventh place and lose considerably more points until the rain hit.

“The race itself was not very easy because it was very difficult to pass,” he explained. “Once you got stuck it was very easy to also damage your tyres. But luckily with the rain that helped us to make that that last jump.”

In light of his penalties, Verstappen said he had expected to end the race with a bigger points gap to Hamilton. “With the penalty we had, to lose only one spot basically is definitely not too bad. When I woke up this morning, I definitely didn’t expect this result.”

“A lot of things happen in the first lap and even in the first stint, with other cars also fighting each other,” he added. “You just have to stay out of trouble and stay clean. And I think we managed all of that very well.

“Then the crucial call to to go to the inters, things worked out well.”