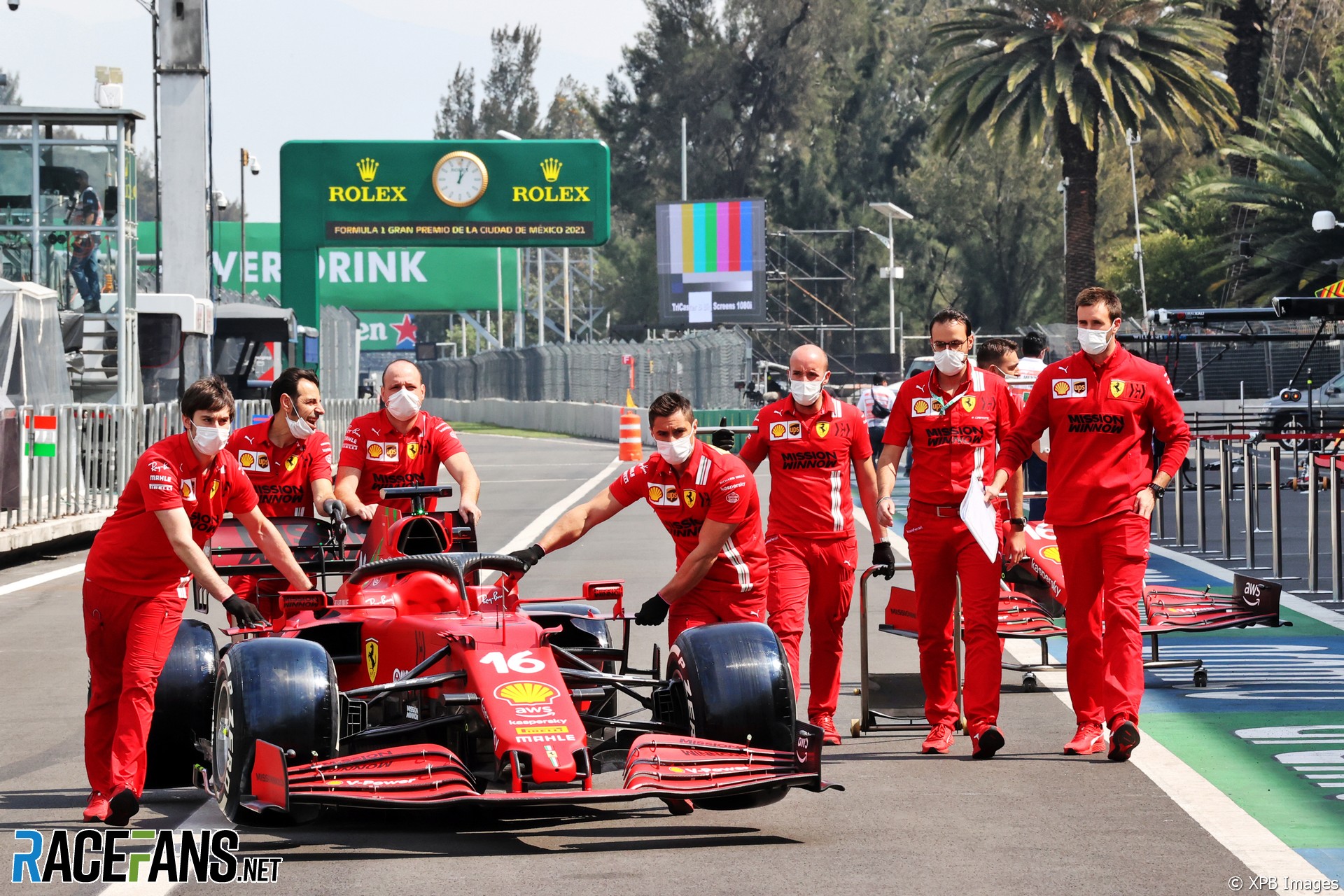 Ferrari, who are poised to overtake McLaren for third place in the championship, expect to be even stronger in Mexico than they were at the last race.

Charles Leclerc finished almost 25 seconds ahead of the first McLaren in the United States Grand prix. That left the two teams separated by just three-and-a-half points in their season-long fight over third in the standings.

Leclerc said the team were more competitive than expected at the Circuit of the Americas. “We’ve had a few good races now, especially Austin was a pretty strong race for us,” he said. “It’s good to see that, it’s not a track where we expected to be strong or at least not stronger than McLaren, our main competitors this year, and we were.”

The Ferrari drivers out-qualified both McLarens in Austin and Leclerc believes they could be even stronger this weekend.

“On paper it should be a better track for us compared to Austin,” he said. “But it’s also true to say that sometimes we’ve had good and bad surprises compared to what we expected on paper.

“So let’s not get carried away too much and again focus on our job. But it should be quite a strong race for us if we compare ourselves to the other midfield teams.”

Although Leclerc has had two pole positions this year, and started the last race in Mexico from the front after Max Verstappen was penalised, he doesn’t expect Ferrari to be quite as competitive this weekend: “2019 was a was a good year for us,” he said, “we started on pole even though we did second in qualifying, but we aren’t fighting for the same things this year.”

McLaren’s Lando Norris has slipped from third to fifth in the championship since the summer break and is now only 21 points ahead of Leclerc. He admitted Ferrari’s recent performance gains make it difficult to assess which of the two teams is likely to be more competitive at each race.

“It’s tough, it’s hard to know where you’re going to be every weekend because it’s always generally been very close,” said Norris, “even since the beginning of the season, it’s not like we’ve run away with it at any point, it’s always been close.

“It’s tense. We’re working hard, everyone back at the factory is working hard to try and find these last little things we need for the rest of the season.

“But Ferrari are strong, you’ve got to give it to them. They’ve come on very strong the second half of the season and especially the last few weekends. So we’re putting up a fight and we can definitely bring it to them until the end, so that’s the plan.”

The straight-line speed advantage McLaren enjoyed earlier in the year has diminished since Ferrari introduced an upgrade to its power unit at the Russian Grand Prix. Norris alluded to that, and pointed out the strong performance of its chassis in slow corners, which there are plenty of in Mexico.

“But of course, then you have some which are just more suited to Ferrari like Baku was with the slow speed or Monaco as well. So I think we both have quite evidently our strengths and weaknesses. Of course, for Ferrari one of their weaknesses is now not so much of a weakness as well.”