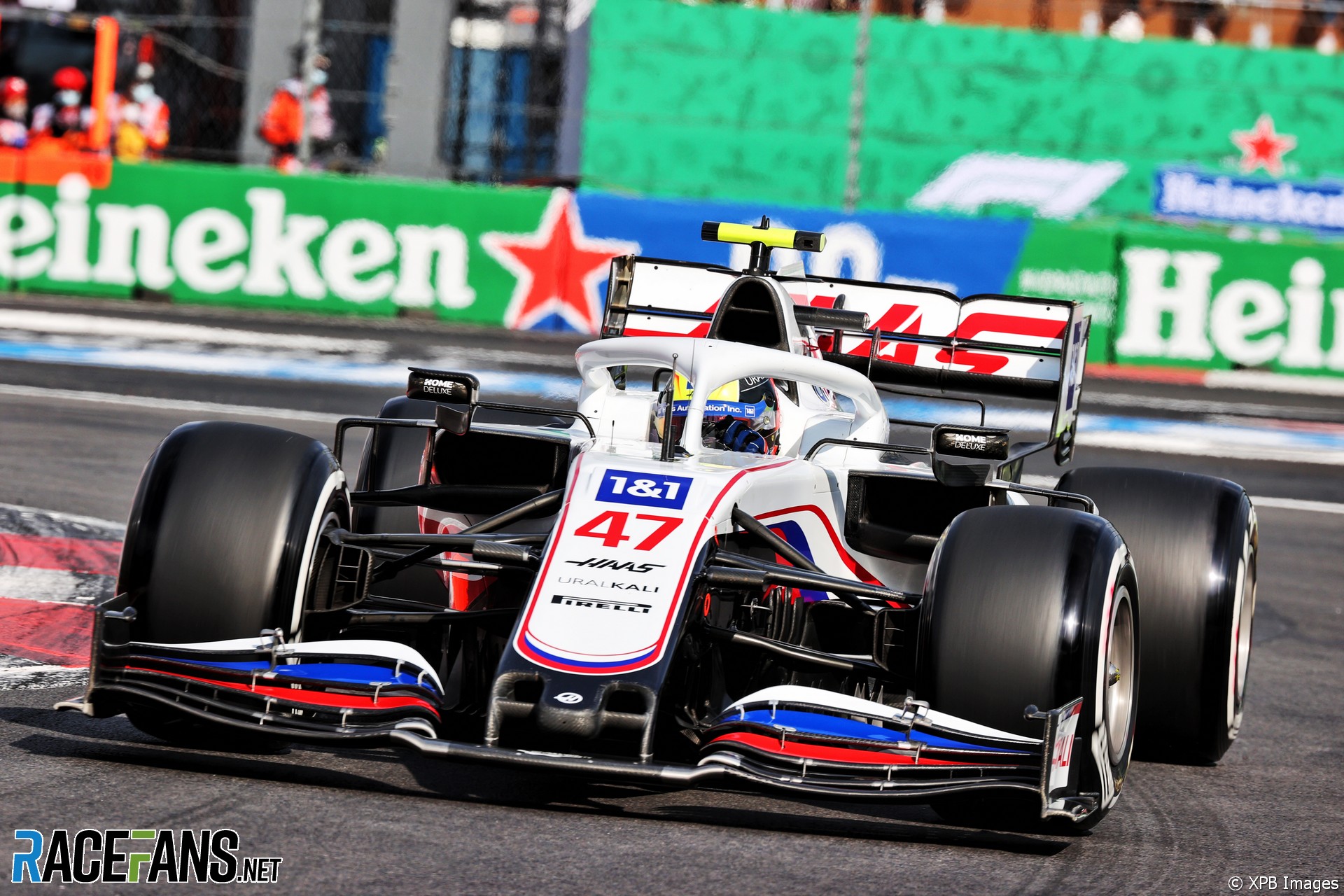 The working relationship between Haas F1 Team drivers Mick Schumacher and Nikita Mazepin came back into focus after the restart of Q1 at the Mexico City Grand Prix.

“Okay, I need to overtake Mick, because he’s going too slow.” Mazepin commented on the radio. “Negative. Stay behind, stay behind, please,” said Haines in response – to which Mazepin replied, “Are you having a laugh?”

The drivers and Haas team principal Guenther Steiner were asked about the incident after qualifying.

“From our side, everything happened as normal and as planned,” said Schumacher. “Obviously, the Williams were there, but they were doing a faster out-lap than we were planning on. We just did our normal out-lap, really.”

Asked if he understood Mazepin’s frustration Schumacher said: “I think that the team set out clear instructions and I think those instructions were held in from both sides, from my side.

“So I think there’s no real reason to be upset in any ways.”

The pair were involved in a similar incident two weeks earlier during qualifying for the Dutch Grand Prix at Zandvoort.

“It’s a bit of an ongoing topic,” said Mazepin. “Last time we had this was in Zandvoort, where it was said that there is a circumstance that might overrule the rule, which the other side of the team decided to use at that time. And at that time, I felt that it screwed my qualifying.

“So I felt like today, in a rushed case like it was, a team mate of mine had a free space in front and wasn’t going as quick as he could have, so I felt that maybe that’s what he needs for the tyres.

“I needed to go quicker in order to bring my tyres in and tried to get ahead but got a ‘no’. I respect the orders that the team gives me and stayed behind, so it’s not a big deal, it just seems like the rules are different on the sides of the team.”

Steiner said Mazepin ended up in a better position to start his lap. “He had no traffic on his lap and his tyres were back up to temperature anyway,” he explained.

“So I think in the end, he asked the question, but they don’t see what is in front, because he maybe can go past Mick and then he’s stuck again, you know? So why would we do it?

“Because the risk is always that they race between them again, like we had in Zandvoort. So we stopped it before it goes to that one.”

Schumacher and Mazepin will start 14th and 15th, respectively, in Sunday’s race. It is the 16th time that Schumacher has out-qualified Mazepin this season when both drivers have set representative lap times.