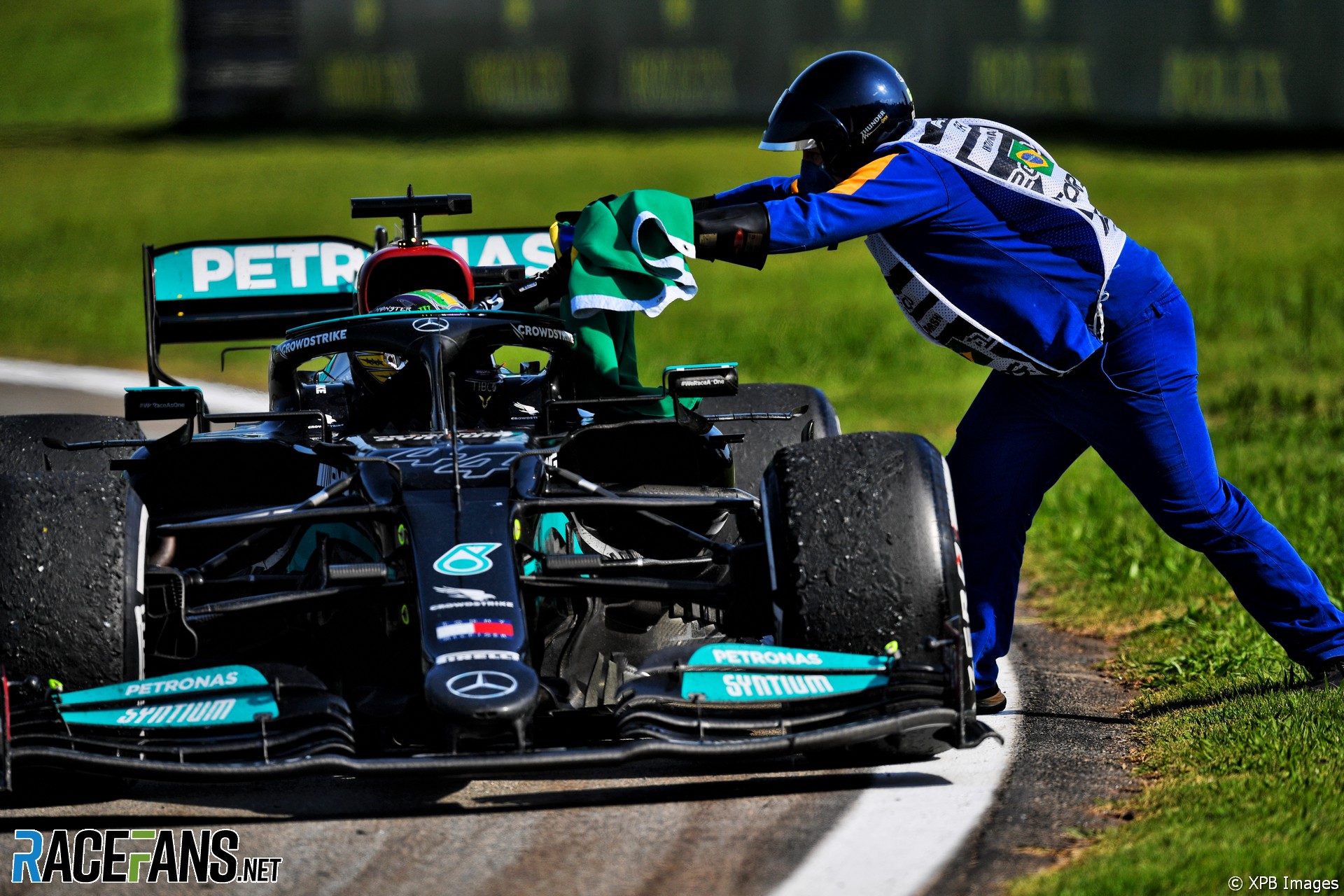 In the round-up: Max Verstappen called attention to championship rival Lewis Hamilton’s fine for a safety rules breach after the Sao Paulo Grand Prix, pointing out it was less than he received for a parc ferme violation.

Hamilton was fined €5,000 – with a further €20,000 fine suspended until the end of the 2022 F1 season – for disconnecting his seatbelts after his victory in Brazil before stopping in the pits.

The previous day Verstappen was fined 10 times as much after video footage showed him inspecting and touching the rear wing on Hamilton’s car in parc ferme. The rear wing subsequently failed a technical inspection, though the stewards ruled that was not a consequence of Verstappen touching it.

“It’s not allowed to touch the rear wing any more, that’s for sure, otherwise you have a very expensive fine,” Verstappen observed in an interview for DAZN. “But apparently you can drive with your seatbelts loose. It’s cheaper, I might think about that.”

"'The first half of the season was one of the toughest that I’ve had,' he said, before confirming the underlying symptoms have now passed. 'I feel better than I’ve felt in a long time. So somehow I’ve managed to push through it.'"

"Now we’re going back to the same build that we’ve had, from a configuration point of view, in previous years, but we’re making the capacity of those grandstands, as a result of the initial demand, we’ve got to make them bigger."

"I have learned a lot, I could have never imagined that this was so hard. Sometimes, I was looking at my father and he was quite relaxed, it looked like everything was quite easy, but it is not even close to that."

"Even if I was going to be fully truthful and transparent, it’d be hard for me to put exact odds on anything today just because there’s still a lot of moving pieces. But we want to be ready to go testing soon in the new year, so getting everything buttoned up so we can do that is the priority."

"For Indonesia, the 2022 E-Prix is more than just a racing event, but also a message to the whole world that Indonesia is recovering after the Covid-19 pandemic. We are ready to welcome tourists and investors back in the country, and this will support the government's post-pandemic economic restoration plan."

Examples from other sports show F1 doesn’t need to replace its rotating stewards with permanent ones.

I am against the idea. Permanent stewards opens greater room for corruption. I think the permanence of the stewards is a bit of a red herring. In many sports the officials are rotated and it’s not a problem. If anything the whole process should be more transparent or publicised. Why not have the panel of stewards decisions highlighted in the broadcasts, that way the inconsistencies can be more easily recognised. A post race press conference with the stewards would be amazing.

Whiting was starting to be more transparent about why certain decisions were made towards the end of his time, you could agree or disagree but the reasoning was clear. Despite opening up things like message broadcasts to the race director, the behind the scenes decision making is very opaque.
Tristan (@Skipgamer)