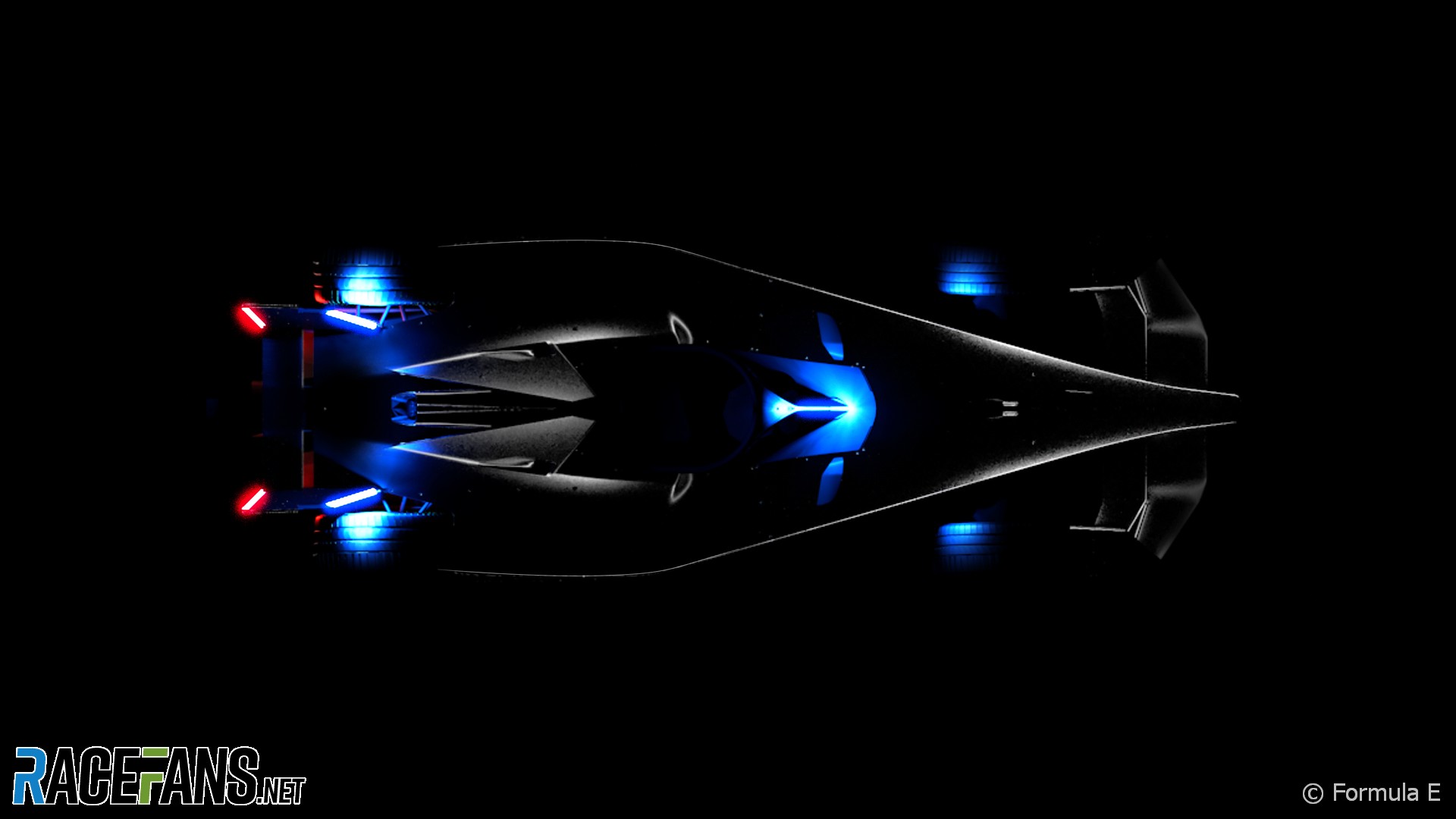 Formula E has presented the first images of its third generation car which will be introduced for the ninth running of the all-electric championship in 2023.

The series presented its ‘Gen3’ machine to manufacturers, teams, drivers and others at Valencia today, where testing for the final season with the current ‘Gen2’ machine is underway. Formula E says its new model will be lighter than the current design, which tips the scales at 903 kilograms including driver, but has not indicated the scale of the reduction.

The external dimensions of the new machine have also been reduced compared to the one it replaces, which measures 5.16m long, 1.77m wide and 1.05m tall.

A major change at the front of the car will see the addition of a second powertrain. According to Formula E the new car will have more than double the energy regenerating capability of its predecessor, and its 350kW (470bhp) motor will push the car to a top speed over more than 320kph (200mph).

The addition of the motor at the front will also allow the car to run without rear hydraulic brakes.

Formula E says the scaled down yet more powerful car will be better suited to racing on the compact city street courses the series favours.

The championship has taken further steps to ensure the cars and parts associated with them will be produced and disposed of in a sustainable manner. The car will be a net-zero contributor to carbon emissions and all suppliers must achieve the FIA’s three-star environmental accreditation certificate before the 2023 season begins.

Formula E also plans to recycle damaged carbon fibre parts from its cars. Its tyres will be made from 26% sustainable materials.

The championship “set out to demonstrate that high performance, efficiency and sustainability can co-exist without compromise” with its new car, said CEO Jamie Reigle.

“Together with the FIA, we have built the world’s most efficient and sustainable high performance race car.

“The Gen3 is our fastest, lightest, most powerful and efficient racing car yet. It is a creature designed for its habitat: racing on city streets in wheel-to-wheel combat. We look forward to witnessing it inspire and excite the next generation of motorsport fans in cities around the world from season nine of the ABB FIA Formula E world championship.”