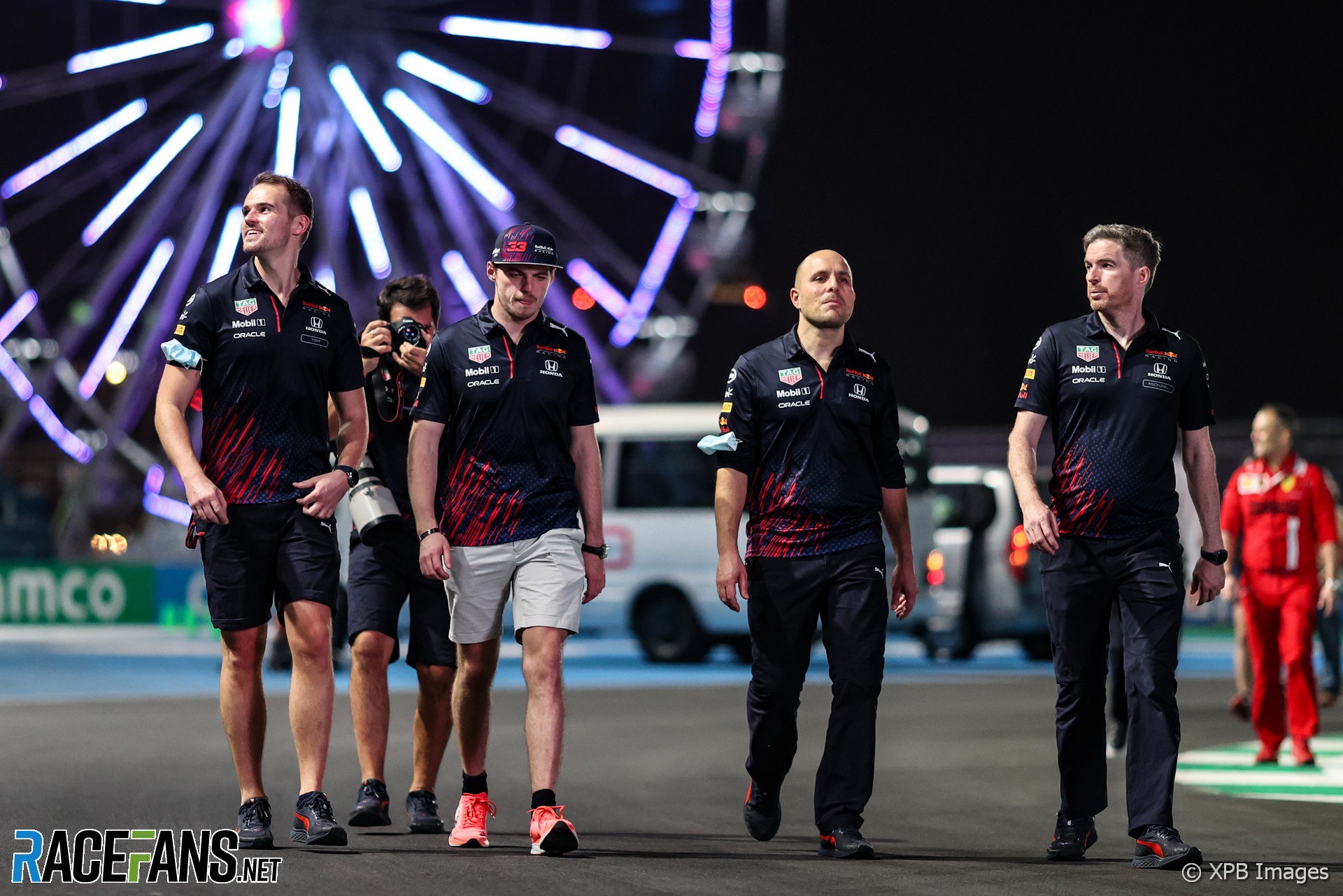 In the round-up: Pierre Gasly believes Max Verstappen should be the favourite to win the 2021 title, especially if he leaves Jeddah with a points lead.

Gasly: Verstappen has the championship advantage

“Max has the point advantage,” Gasly said. “I see him winning in the end, and he’s got two races. It’s only two races, he’s got eight points advantage, so he’s clearly in the better position.”

However, Gasly added, “I don’t think it’s going to be an easy one” for Verstappen this weekend. “I think Mercedes is going to be very strong here.

“But if he arrives in Abu Dhabi with the points advantage, I think he’s going to get the championship.”

Gasly said he was pleased to see an “entertaining” fight for the championship this year.. “Obviously we don’t see all the action, racing with them but seeing everything that happened through the season it’s a pretty good year.

“We’ll see who wins in the end but obviously that’s what we want to see more and more in the future, and hopefully with even more cars fighting for the championship.”

Ferrari are yet to fully get to the bottom of the problems he experienced with a cracked chassis during qualifying for the Qatar Grand Prix. The problem was discovered after qualifying, which meant his mechanics had to work swiftly to switch his chassis before the race.

“The car felt weird,” explained Leclerc. “We haven’t gone through all the checks yet of this chassis.

“How much did it affect the performance? I don’t know. But I just didn’t have the right feeling for qualifying.”

Sergio Perez said that concerns about Red Bull’s limitations on a medium downforce setup should not be a factor at the Saudi Arabian Grand Prix. The team switched to its maximum downforce rear wing in Qatar after encountering further problems with a slimmer wing flapping at speed.

“I think it’s all under control and [we have] no issues with it,” said Perez. He confirmed that “we have available every single rear wing on our car” for the Jeddah race.

Lap times were significantly slower than at the previous year’s testing, when Max Günther set the best lap of 1’11.760, as this year Formula E was using the adjusted layout, with added chicanes, that it did for the Valencia Eprix. In the previous season, even the chicane used in prior years on the start/finish straight was removed in an effort to save bodywork while FE scrambled for spares during the pandemic.

A change of colour for the Aston Martin Safety Car and Medical Car this weekend – British racing green is out, the colours of the Saudi Arabian flag are in.#F1 #SaudiArabianGP pic.twitter.com/VeVz9Nh3Ej

I’ve just given Seb Vettel his pre-race media briefing. He was wearing these again. What a guy! What an #LGBTQ+ ally! #WeRaceAsOne pic.twitter.com/95uLJIiSp6

"To live up to its human rights commitments and avoid contributing to laundering the Saudi government’s reputation, the Formula One Group and participating artists should use this occasion to publicly urge Saudi authorities to free unjustly detained Saudi dissidents and human rights activists, including those detained or placed under restrictions for advocating the right to drive, or refuse to participate in Formula 1 events."

"Hamilton: 'Last night it was the British Fashion Awards and I was supposed to be on a really nice table and sitting with Anna and I was like, ‘I have got to be up training, I have got to be focused, I cannot risk getting Covid.’ I have made every sacrifice.'"

Clear words from Bernie Ecclestone: Hamilton should have resigned for Schumi (RTL)

"Ecclestone: 'In fact, I'm surprised that Lewis didn't say at the beginning of the year: I'm resigning, I don't want to win more races or world championships than Michael.'"

Racing for Sir Frank and remembering his legacy (Nicholas Latifi)

"He basically lived at the factory. When I was having a quick break during sim sessions I’d often see him outside taking a breath of fresh air, surveying the surroundings, and chatting to employees as they passed by."

"There will be a few variables. Yellow flags will be a big one because it’s a street circuit and the margin for error on a circuit like this is basically zero. There are a few more un-controllables, but in terms of what I can control, I’m confident that we can be quick."

Ahead of the first Saudi Arabian Grand Prix at Jeddah, F1 Frog is unhappy about the race for more than one reason:

To be honest, I am not at all impressed with the running of the Saudi Arabian GP this weekend. Obviously the first reason for this is the human rights problems that Hamilton and others have spoken up against. It is very disappointing to hear Domenicali claiming that F1 going there will improve the situation, when not going would be far better as the leaders of the country would see that they have to improve human rights if they want large events like a Grand Prix. Clearly it is just about the money.

The second reason to be concerned about the race is that I am just not very confident about the safety of the track. Having seen computer simulated laps of it, it looks extremely fast, but with walls so close the likelihood of a high-speed crash, and another car colliding with the crashed car, seems too high.

And the fact that it has only been approved the day before practice is considerably more worrying. Had it been approved months ago, preferably before the race was confirmed on the calendar, that would be convincing that it had been properly checked, but leaving it so late makes it seem like a close call, and with the financial loss of cancelling the race now F1 may be more inclined to give the race the go-ahead in a situation like this.

Obviously, the counter to this is that they didn’t try to race in Spa, but that was very clearly too dangerous. Given that the track isn’t even exciting anyway, I think it is very obvious that money is the only motivation for this grand prix, and it saddens me that Liberty’s intentions have turned out to be no different to Bernie Ecclestone’s, when they initially seemed to be such an improvement. Hopefully I will be wrong and the track will be fine, but I would prefer for this race not to be taking place.
@f1frog