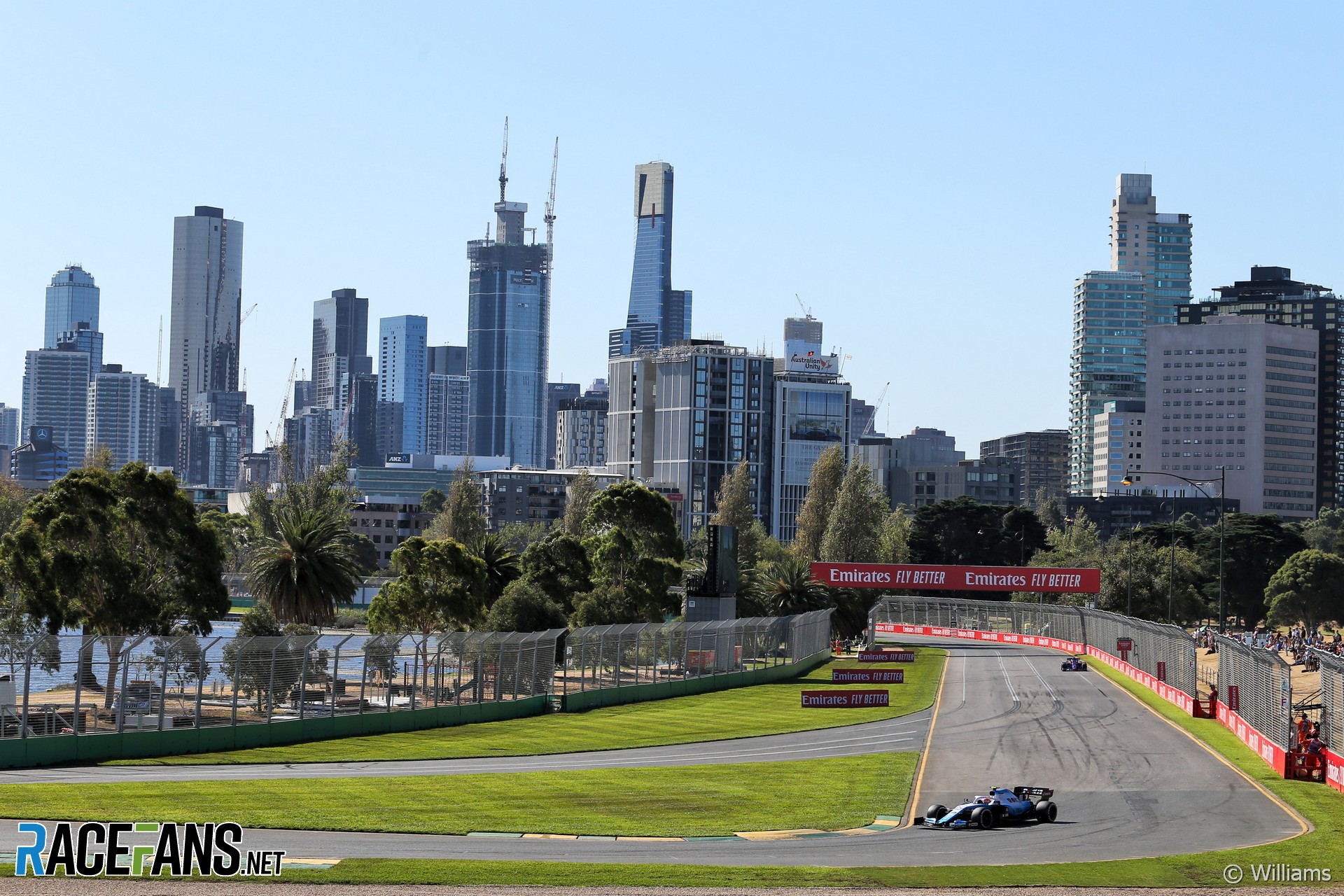 In the round-up: The Victorian State Government has given assurances the Australian Grand Prix will take place as planned on April 10th this year following its cancellations in 2020 and 2021.

The Australian Grand Prix will not be postponed to a later date after a commitment by the Victorian state government to hold the race in April.

There has been no race around Melbourne’s Albert Park circuit over the last two F1 seasons due to the impact of the pandemic. The 2020 event was called off on Friday morning after McLaren team members tested positive for Covid-19 during the initial spread of the virus. The Australian Grand Prix was intended to take place in 2021, but was delayed multiple times before being cancelled.

Speaking to Speedcafe, the Australian Grand Prix Corporation’s Andrew Westacott said that the government of Victoria had assured them the race would go ahead on April 10th.

“We’ve got a commitment from the Victorian Government, that the event’s going ahead,” said Westacott. “We’ve got a commitment from Formula 1 that they’re coming here for round three. We’re selling tickets like hot cakes, and we’re 80 days away from the event. So everything is happening, everything is getting ready, and (I) can’t wait to host the best drivers in the world, in new cars, on a new track.”

Melbourne’s Albert Park circuit is due to host the third race of the season on a heavily revised layout. The Formula 1 season begins in Bahrain on March 20th.

IndyCar driver Tony Kanaan says he hopes he will get the opportunity to run the Indy 500 for the 25th time in his career next year.

Chip Ganassi recently confirmed that the 47-year-old would race for them in May’s 106th edition of the race – the only IndyCar event he will compete in this season.

Kanaan, who won the race back in 2013, said he was able and willing to race in next year’s running of the famous race, which will mark his 25th year in the series.

“Look at what happened to Helio [Castroneves]. I mean, my question will be, what about if we go win number two? Are we coming back or not? So I’m not announcing anything because I actually don’t know. I can tell you my intentions are not [for this] to be the last one. Next year will be my 25th year in IndyCar, and I think it would be pretty cool if I could do that.”

Smolyar moves to MP for third year in F3

After two years at ART, Alexander Smolyar has moved to MP for a third season in the FIA Formula 3 championship. The 20-year-old placed sixth in the category last year, winning two partial-reverse-grid races including the season-opener at Circuit de Catalunya. MP are yet to announce who his two team mates will be.

Super excited to represent Team GB 🇬🇧 in the @RaceOfChampions this year alongside @therealdcf1 🙌🏻 Looking forward to making my #ROC debut on February 5-6 in Sweden 🇸🇪❄️ #ROCSweden pic.twitter.com/qb2bg8opvI

That's right, ya boy's doing his 2nd 24 hour race in 7 days (pain), this time with some names ya might recognise.

"The addition of 'F1 Team' to the name is a particular badge of honour for Alfa Romeo F1 Team ORLEN: it represents inclusion in one of the most exclusive clubs in the world, one of just ten outfits in the world entitled to use this prestigious moniker."

The story of Alex Albon so far (Williams)

"Alex’s journey started at the age of eight, getting behind the wheel of Honda Cadet class karts before quickly rising through the ranks. His elevation and success came hand in hand, never finishing outside the top three in any championship in which he competed between 2006 and 2011."

"Fans of the ABB FIA Formula E World Championship in France will once again be able to tune in to La Chaine L'Equipe and L'Equipe.fr to get their fix, with every race in Season 8 set to be shown live and free-to-air."

Formula One's Sebastian Vettel on staying off Zwift to avoid letting his 'competitive edge' take over, and future career as a bike courier (Cycling Weekly)

"I’ve never tried any of these apps, such as Zwift or Sufferfest (now Wahoo Systm). I’m really competitive and I think if I start getting involved in them then my competitive edge will take over and I’ll forget the reason why I’m training, it’s not to be fastest on these apps but to be fit enough to drive an F1 car."

"I'm probably going to do some endurance races so maybe one day I'll do Le Mans with Praga and an e-sports driver next to me, because I believe we can find some e-sports drivers who can compete to the highest level. But then we'd need to go to the LMDh category because that's what I want to do - I would like to win Le Mans 24 Hours one day..."

With superlicence rules set by the FIA limiting how inexperienced drivers entering Formula 1 can be, @sjaakfoo questions whether the sport even needs it:

There is no benefit to this system at all. It’s preventing nothing, it’s helping nobody.

Like none of the drivers that got into F1 with “too little experience in motor racing” are worse off for it. Kimi won a WDC, Max won a WDC, Button won a WDC. Yes, these drivers were “fast tracked” into Formula 1, but not because of money or having a good manager, it was because they were stellar drivers that teams saw something in that made them want to sign them.

On the opposite end, you have the pay drivers like Stroll who were also fast-tracked, but then you still ended up getting Nikita Mazepin (who’s not as good as Stroll by quite a margin, but that’s besides the point) that still ended up in F1 anyways.

So again, who or what is this system for? F1 isn’t any better or worse off with this system in place. Everything’s the same except now there’s arbitrary rules that would prevent Max Verstappen from coming into F1 if there was to ever be a Max Verstappen again. And 2015 with Verstappen was a much more entertaining season then 2015 without Verstappen, so I’m not convinced that’s a good thing.
@sjaakfoo