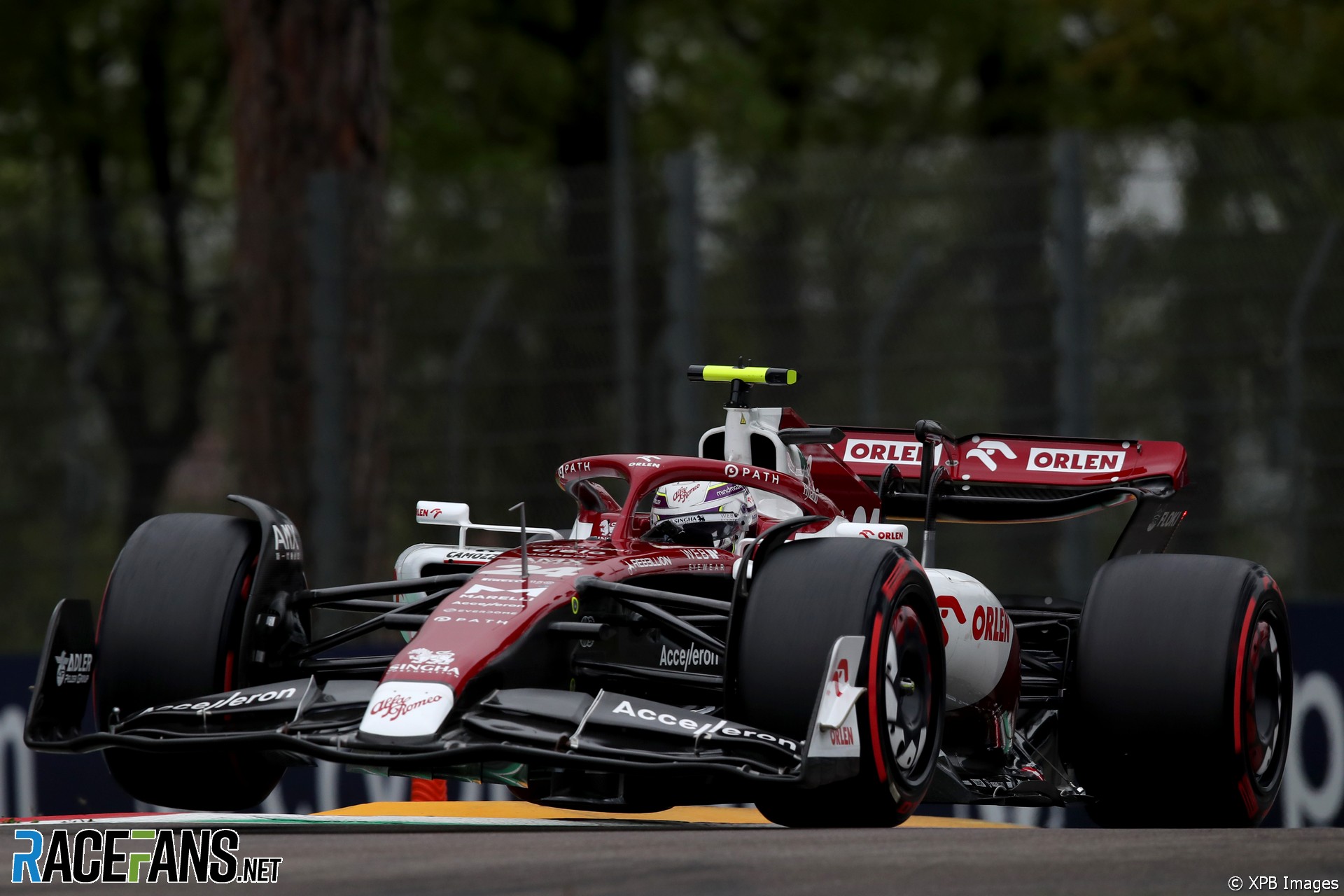 Zhou Guanyu has been ordered to start the Emilia-Romagna Grand Prix from the pit lane after his Alfa Romeo team was found to have broken parc ferme rules.

The stewards found the team committed two separate breaches of the regulations while working on Zhou’s car, which was damaged when he crashed out of today’s sprint race.

The car was required to be covered and fitted with FIA seals within two hours of the sprint race ending, which did not happen.

The team also continued to work on Zhou’s car without FIA supervision, another breach of the rules. The stewards noted “the competitor admitted that modifications were made to the car” during that time.

“In any event, given the lack of supervision the stewards would have been entitled to draw an inference that modifications were made to the car and/or changes were made to the set-up of the suspension while the car was to have been held under parc ferme conditions,” they added.

Zhou was previously due to start the grand prix from last place following his sprint race retirement.