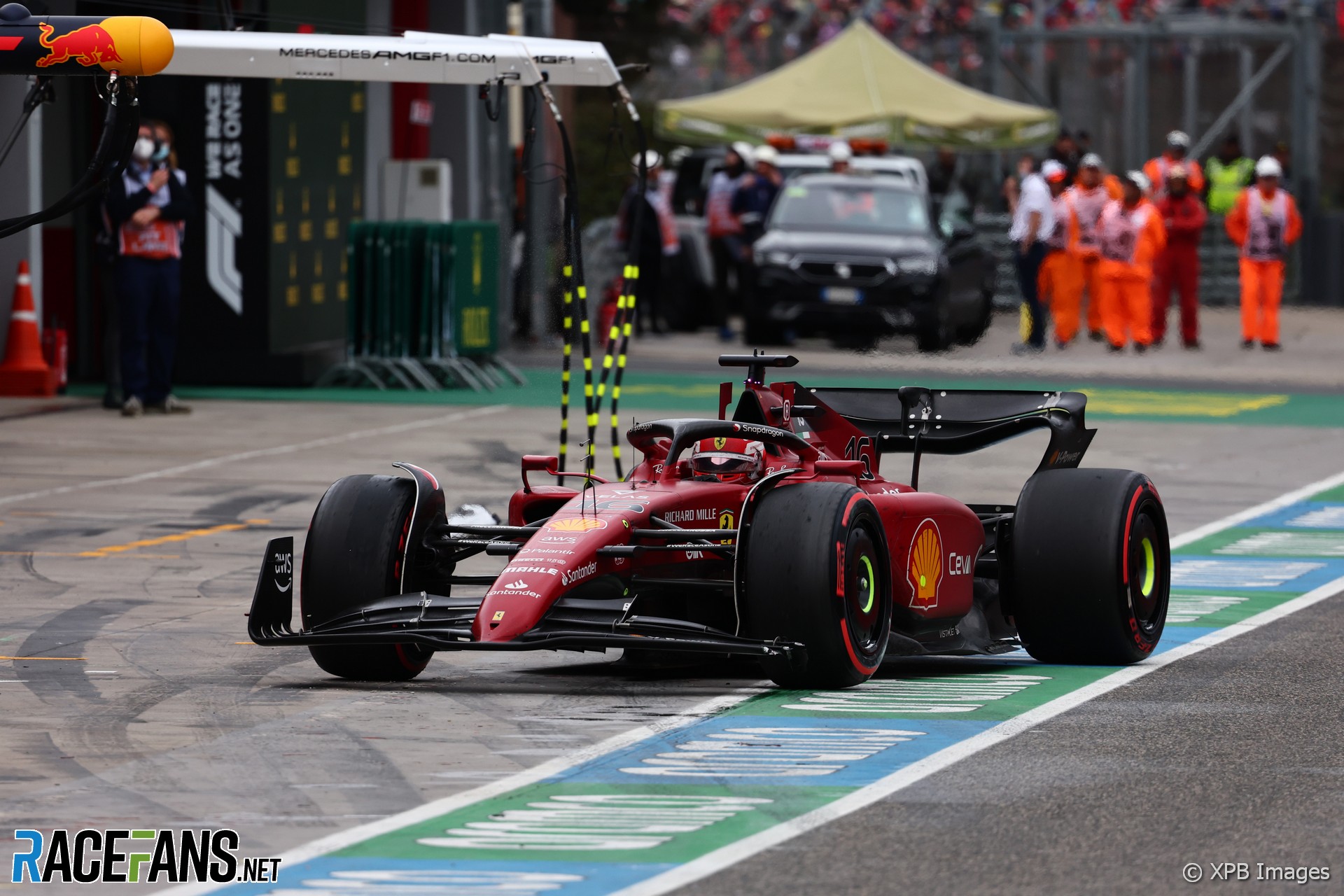 The Ferrari driver was trying to make a pass on Perez for second place when he spun into a barrier at the Variante Alta. He was able to continue, but having run third he finished the race in sixth place.

“He was pushing very hard all race, you could see at the top of the hill,” said Horner. “I think turn 14, at the chicane, that was the one part of the track that he was consistently quicker than Checo and it just looked like he got a little bit too greedy on that soft tyre.

“But mistakes can happen and he was actually lucky to finish the race and obviously still get six place points. It was a bonus for us that obviously we were able to take a few more points off them with him not finishing on the podium.”

Before the weekend began the DRS activation point was moved closer to the chicane where Leclerc spun. Horner believes he was “trying to get in the DRS zone of Checo” when he hit the kerb too hard and lost control of his car.

“To do that, you needed to be really quick over that chicane to get into the DRS detection zone before the last couple of corners. So that was obviously what he was trying to try to get within.”

Leclerc’s error removed the last threat to Red Bull, who scored a one-two finish in addition to their strong performance the day before in the sprint race. Horner said it was the perfect recovery after the disappointment of the previous race, where Verstappen retired while running second.

“It’s fantastic,” he said. “It’s one point off a maximum score over the whole weekend. A one-three yesterday, one-two today, fastest lap, it was just the rebound that we needed after the disappointment of Australia a couple of weeks ago.

“It was a phenomenal team performance because we took a bit of a risk going into the weekend with a couple of small parts we introduced the car, which is always tricky when you’ve only got one session. But we attacked the weekend from the word go.

“Both drivers have been unbelievable. Both Max and Checo have driven brilliantly this weekend. That one-two finish all credit to the team, brilliant pit stop strategy today, but also back in back in the factory in Milton Keynes.

“The hard effort and work and obviously picking ourselves up after the disappointment of Australia to come back with a result like that here in Imola was one of our best ever results.”