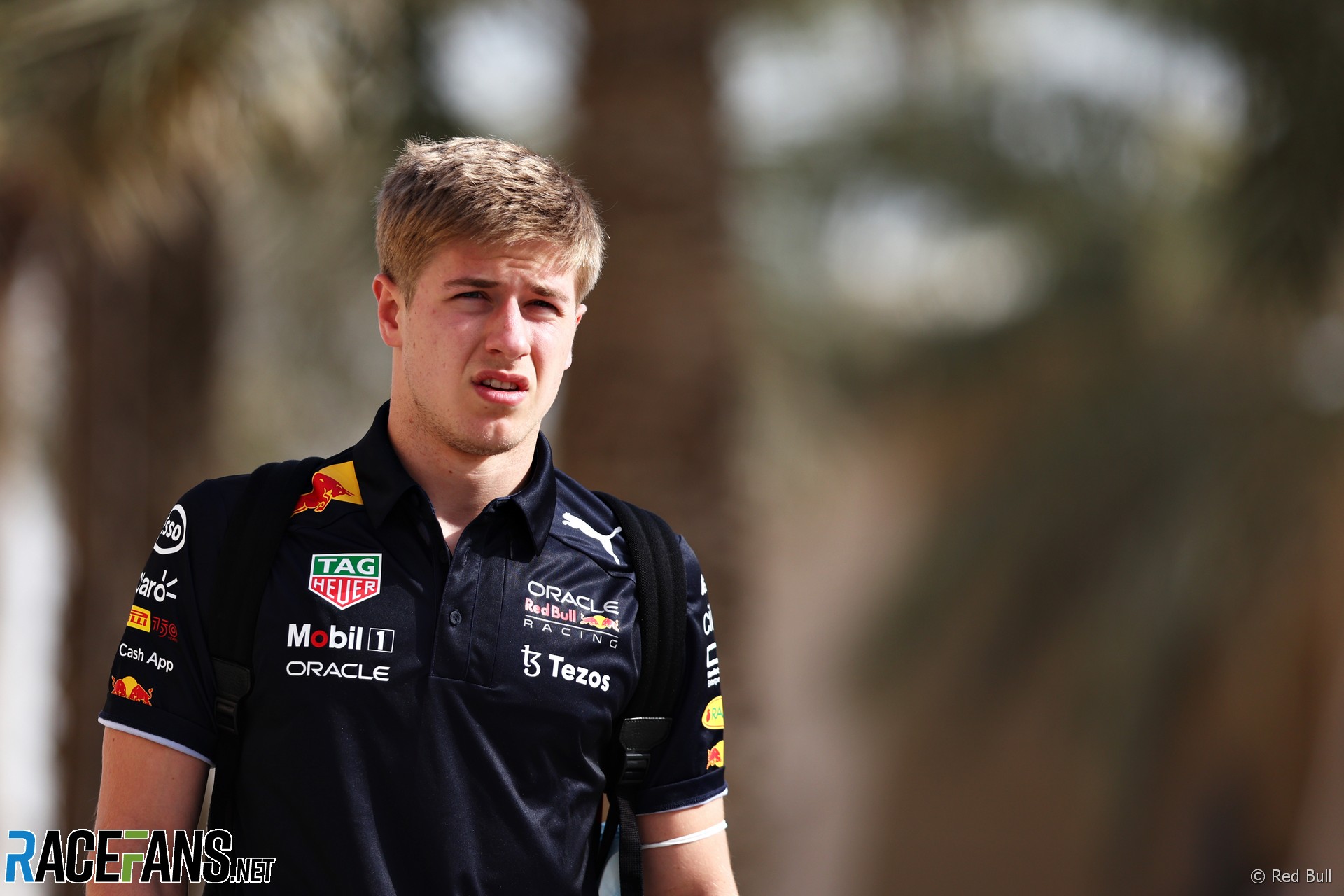 Red Bull junior team member Juri Vips will drive for the team in the opening practice session on Friday in Barcelona, while Robert Kubica will also return for Alfa Romeo.

Formula 2 driver Vips, currently in eighth place in the championship with Hitech, will have his first run in an official Formula 1 practice session on Friday, taking over Sergio Perez’s RB18 for the one hour session. He will take on double duties, competing in the Formula 2 sessions this weekend alongside his first practice opportunity.

Alfa Romeo reserve driver Kubica will step into Zhou Guanyu’s for first practice. It will be his first participation in a grand prix weekend since last year’s Italian Grand Prix, where he raced in place of Kimi Raikkonen, who missed two rounds after testing positive for Covid.

All 10 F1 teams must run ‘young drivers’ at least twice in practice sessions throughout the 2022 season. However, as Kubica has competed in more than two grands prix in his career, he does not satisfy this requirement. Therefore, Alfa Romeo will still be required to run young drivers in practice sessions twice throughout the remainder of the season.

Kubica has a wealth of experience in the Alfa Romeo C42 already in 2022, having participated in the opening pre-season test at the Circuit de Catalunya in February, though he was limited to just nine laps due to car problems. Most recently, the former grand prix winner took part in a Pirelli tyre test at the Imola circuit following the Emilia-Romagna Grand Prix.