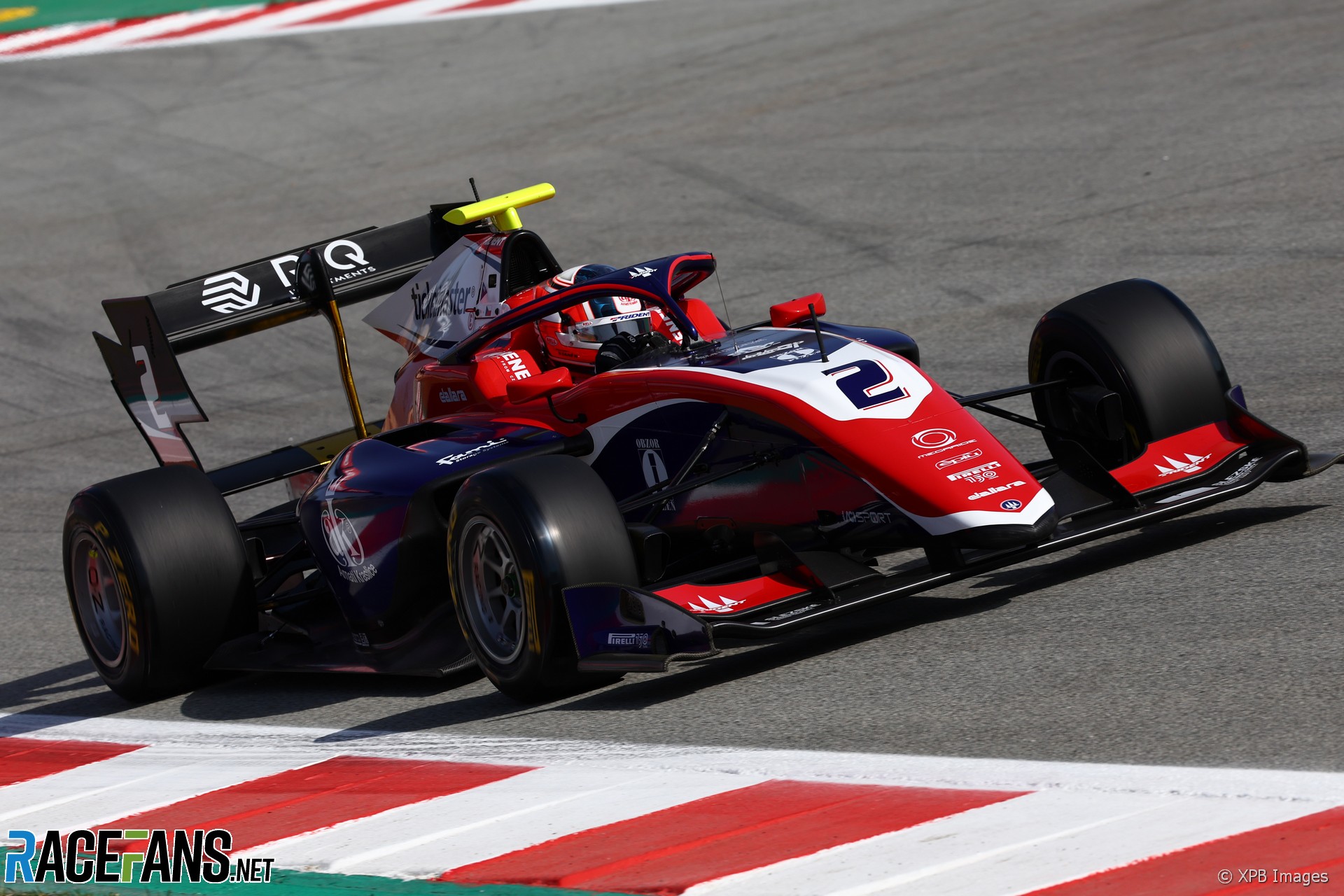 Roman Stanek has taken Formula 3 pole around Barcelona with a late run that saw him set the best time at the chequered flag.

F3’s practice session had been uninterrupted, with Victor Martins looking confidently ahead of the pack in the times. Arthur Leclerc and Stanek had been second and third fastest, respectively.

With 30 cars out on track for qualifying there were almost immediate queues at the final chicane, as soon as drivers started their flying laps.

Caio Collet held the fastest time for the first half of the session, after Martins’ initial run had been slightly interrupted by a pit lane incident that nearly saw him in an unsafe release. However, times began falling dramatically in the second half of the session and Martins claimed the top spot with a 1’33.568, Alexander Smolyar within half a tenth slower in second.

Drivers all went back into the pits with ten minutes to go or final adjustments before heading back out with six and a half minutes to go, Isack Hadjar leading the pack away.

The traffic situation got no better, cars going three wide on warm up laps while trying to find a gap. Enzo Trulli, in particular, took a risky outside line in the middle sector to put himself second in the queue, behind Leclerc.

Drivers finally got away with two minutes to go and despite the rapid evolution of the track for their second runs, none were able to best Martins’ time. At the chequered flag, however, Roman Stanek – who had been largely anonymous for most of the session – managed to beat Martins’ time to set a 1’33.516.

Alexander Smolyar was third fastest, with Hitech rookie Isack Hadjar set to start fourth on the grid. Leclerc was forced to settle for fifth, being at the head of the qualifying pack proving no advantage in the final runs. Oliver Bearman, Collet, Kaylen Frederick and Jak Crawford made up the lower half of the top ten, with Juan-Manuel Correa returning from missing the Imola round due to a foot fracture taking tenth and securing himself a second-row start for the partially-reversed sprint grid.

Zane Maloney, already in a bad situation after missing the weighbridge when called in early in the session and so facing a likely disqualification, went flying over kerbs on his final lap. He held the car on track but was unable to improve his time. He qualified 12th, putting him on pole for the sprint race, pending any penalty, with 11th-fastest Spanish driver David Vidales set for a sprint race front row start alongside him.