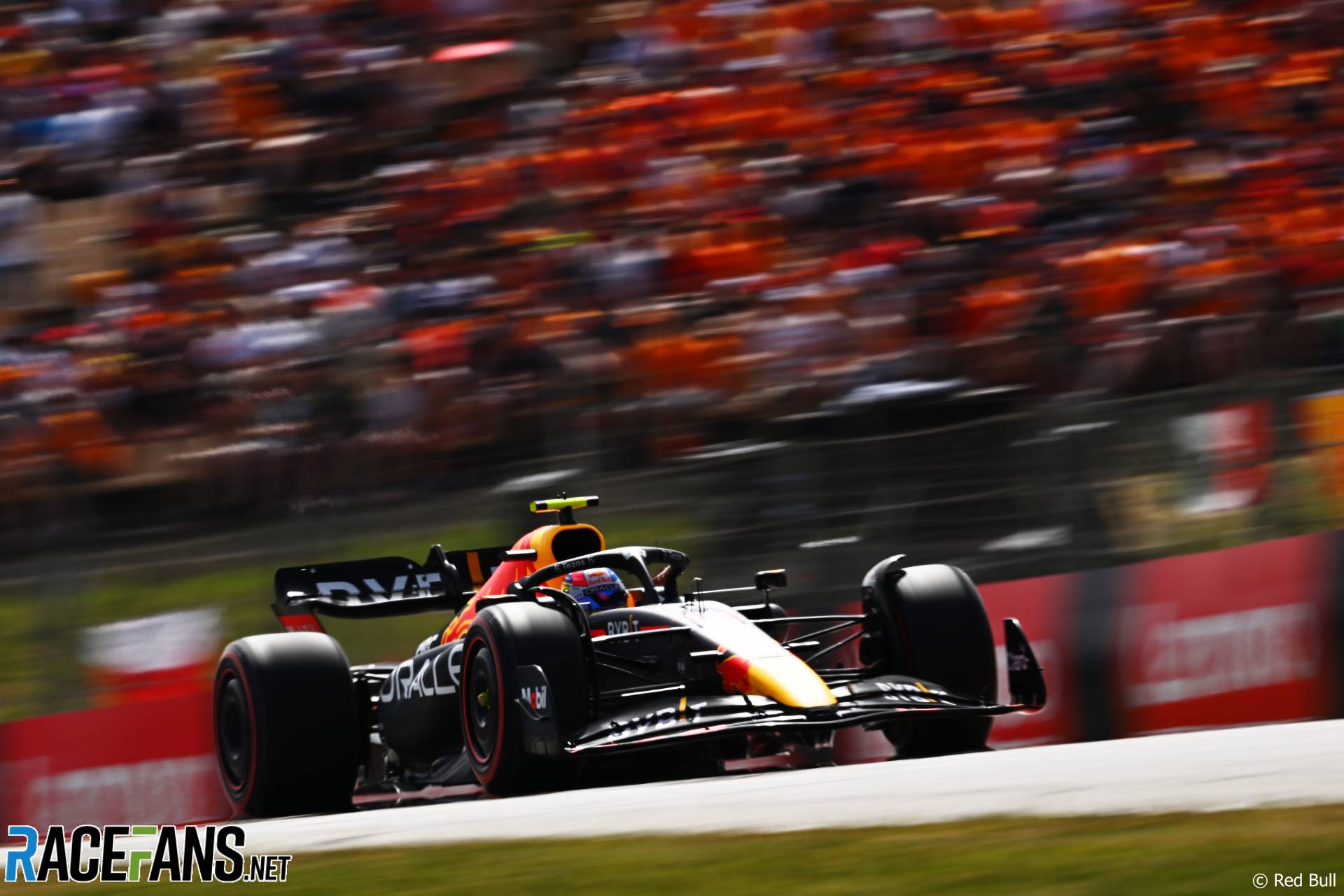 Sergio Perez says not participating in the first practice session for the Spanish Grand Prix left him on the back foot this weekend.

The Red Bull driver qualified fifth for tomorrow’s race, behind the two Ferraris, his team mate and George Russell. It was the first time one of the team’s cars has been beaten by a Mercedes in qualifying this year.

Perez did not take part in first practice yesterday as Red Bull fulfilled one of the two occasions when each team must run a junior driver. Juri Vips drove his car.

However Perez said that left him at a disadvantage because the soft tyres degrade so quickly. “I think it was very costly on our side to miss FP1 because of the way the tyres have been behaving this weekend,” he said.

“Basically it’s a single lap and it’s been really hard to catch up. I wasn’t entirely comfortable with the car, with the tyres. The car was just too much on the edge and it just didn’t come.”

The tyres are overheating quickly on the abrasive, high-speed circuit in high temperatures, said Perez. “I think it’s overheating. The energy we’re putting through sector one, sector two, we haven’t been in a track like this and with these track temperatures. That seems to be really difficult.”

He expects a “maximum push” race from fifth on the grid. “I’m only P5 so it’s a very long race ahead. The tyres are going to be doing very different things tomorrow.”