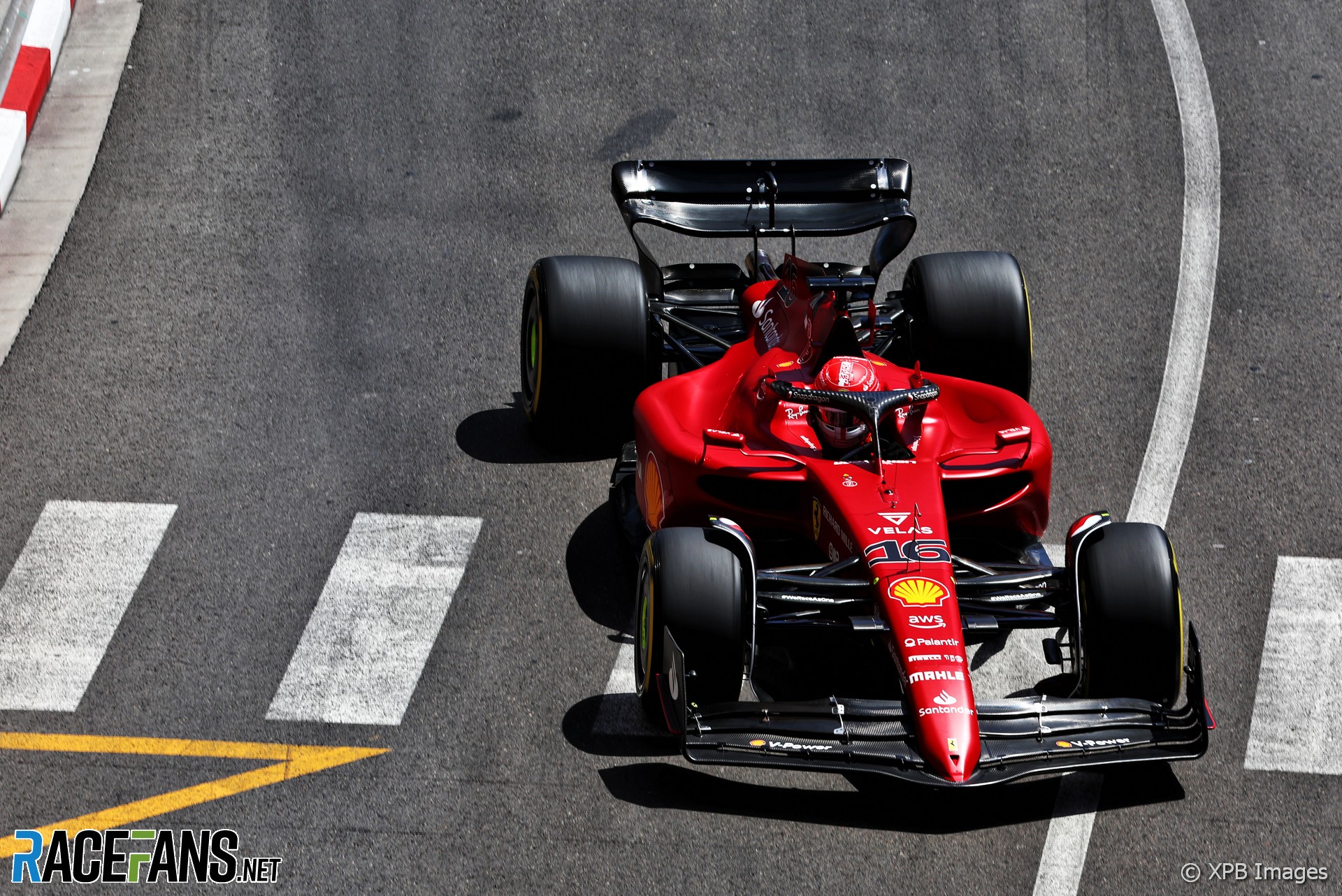 Leclerc’s best time of a 1’14.531 set the benchmark for the first hour of running around the famous street circuit. Carlos Sainz Jnr was just 0.07s off his team mate’s benchmark time in third, with championship leader Max Verstappen fourth fastest, just under two tenths slower than his rival Leclerc.

Clear, crystal blue skies and temperatures of just over 30C greeted drivers as they ventured out onto the Monte Carlo streets for the first time over the weekend. The field took to the track on a mixture of the hard and medium compound tyres as they looked to re-familiarise themselves with the circuit.

With many drivers having expressed concerns about how the stiff ground-effect cars for 2022 would handle the bumpy street circuit, drivers employed a heavy degree of caution. Sainz and Lewis Hamilton quickly reported severe bouncing on their respective cars. Meanwhile, George Russell advised his race engineer that he was being so careful not to crash in the early phase that he was not even running flat out through the tunnel.

Verstappen set the early pace ahead of the two Ferraris. Leclerc used the medium tyres to improve on his personal best time and go second quickest, but then a mistake into St. Devote caused him to take to the run-off and perform a 180 degree spin to rejoin the race track.

Mick Schumacher tried to return to the pits at the end of one of his early runs, but upon exiting the Rascasse his car suddenly lost drive. Schumacher tried to pull into the pit lane but ground to a halt just before the pit entry, blocking the entrance for any other car trying to return to the pit lane. Race director Eduardo Freitas initially ordered the pit entry to be closed, until the session was eventually red-flagged to allow the Haas to be recovered.

When the session resumed, the McLarens of Lando Norris and Daniel Ricciardo briefly jumped to the top of the times, before Verstappen and Sergio Perez improved to go quickest, breaking into the 1’14s for the first time. Hamilton returned to the pits after lightly tapping the wall on the exit of Tabac, but was able to rejoin back on track after the team checked over the car.

The braking zone for Sainte Devote was the one area of the circuit that caused drivers the most trouble through the opening hour. Aside from Leclerc’s early off, Kevin Magnussen ruined a set of mediums by locking up heavily under braking for the first turn and had to abandon a run. Verstappen briefly brought out the yellow flags with a similar error, before team mate Perez became the fourth driver to leave the track at the first corner and have to kick his car into a spin to rejoin.

Leclerc improved to go quickest of all on a 1’14.531, but both he and Ferrari team mate Sainz appeared to struggle under braking for the harbour chicane, both abandoning multiple laps after missing the chicane.

Despite his braking troubles, Leclerc’s best time was not beaten and the local driver ended first free practice quickest of all for the fourth consecutive practice session. Perez was second quickest, almost four hundredths of a second behind, with Sainz seven hundredths off his team mate in third.

Verstappen was fourth quickest, ahead of Norris, Pierre Gasly, Ricciardo, Russell and Sebastian Vettel in ninth. After complaining of severe bouncing throughout the hour, Hamilton was tenth fastest in the second Mercedes.

8 comments on “Leclerc, Perez and Sainz covered by less than a tenth as Monaco practice begins”