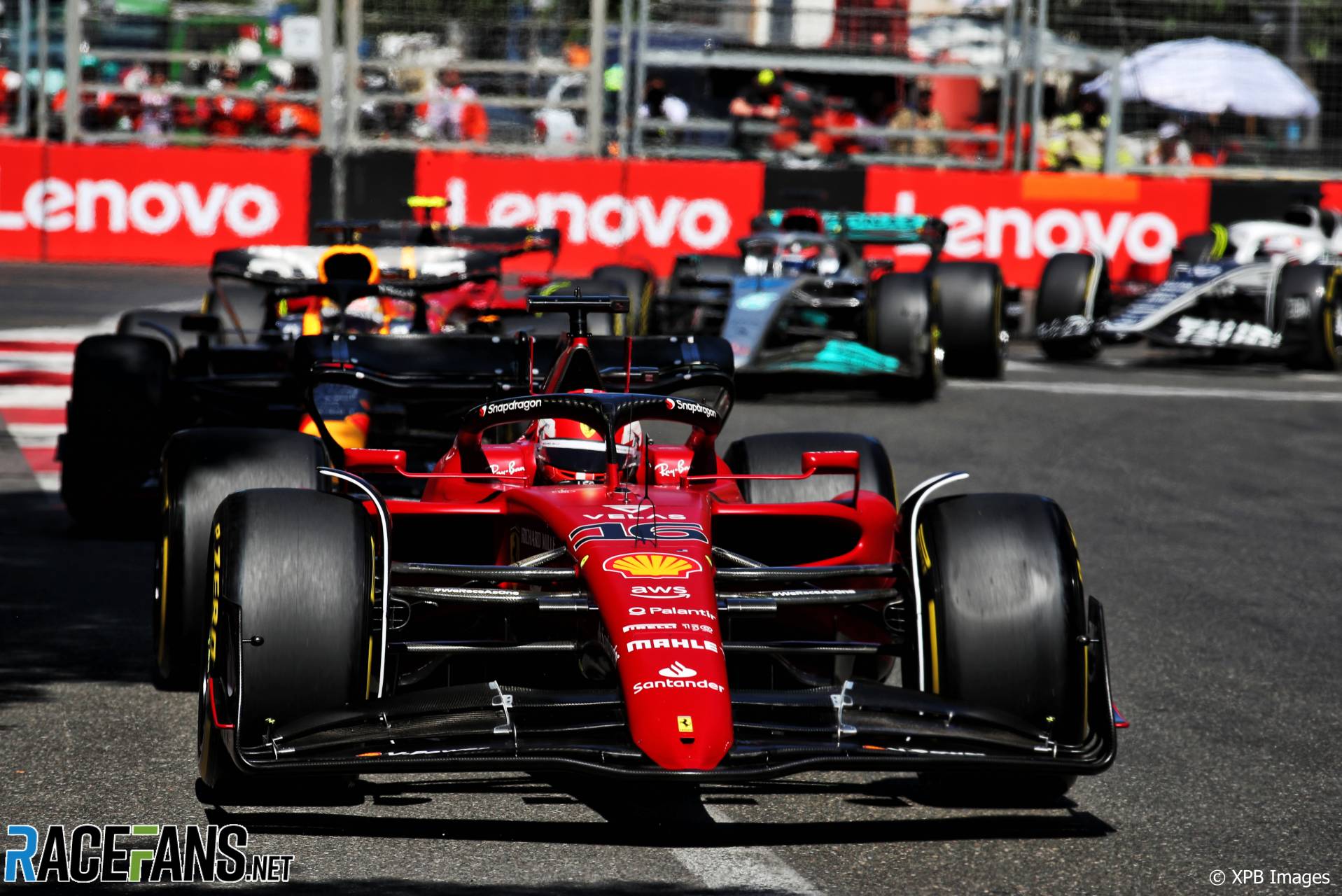 Charles Leclerc admitted it “hurts” to retire from a race while leading for the second time in three rounds.

The Ferrari driver pulled into the pits with smoke billowing from the rear of his car on the 20th lap of the race. Ferrari confirmed he had suffered a power unit failure while leading, as he also had in the Spanish Grand Prix three weeks ago.

“It hurts,” Leclerc told Sky. “We really need to look into that for it to not happen again.

“I [can’t] really find the right words to describe. Obviously it’s very, very disappointing. We really need to look into it.”

Ferrari suffered a double blow in the Azerbaijan Grand Prix as Carlos Sainz Jnr also retired earlier on due to a suspected hydraulic problem. Leclerc was at a loss to explain why they had suffered three failures in as many races.

“We’ve been fast and we didn’t have particularly big problems in the first part of the season,” he said. “Now it seems that we have a bit more compared to the beginning of the season.

“But we didn’t change massive things, if anything we made the thing better. So it’s difficult to understand for now but we will have to analyse. Obviously I don’t have the full picture of what happened today, just personally again it hurts.”

Several Ferrari engine customers have encountered problems as well. Zhou Guanyu also retired from the race, his third such problem in the last four rounds. Kevin Magnussen also pulled off the circuit with smoke coming out of his Ferrari-powered Haas.