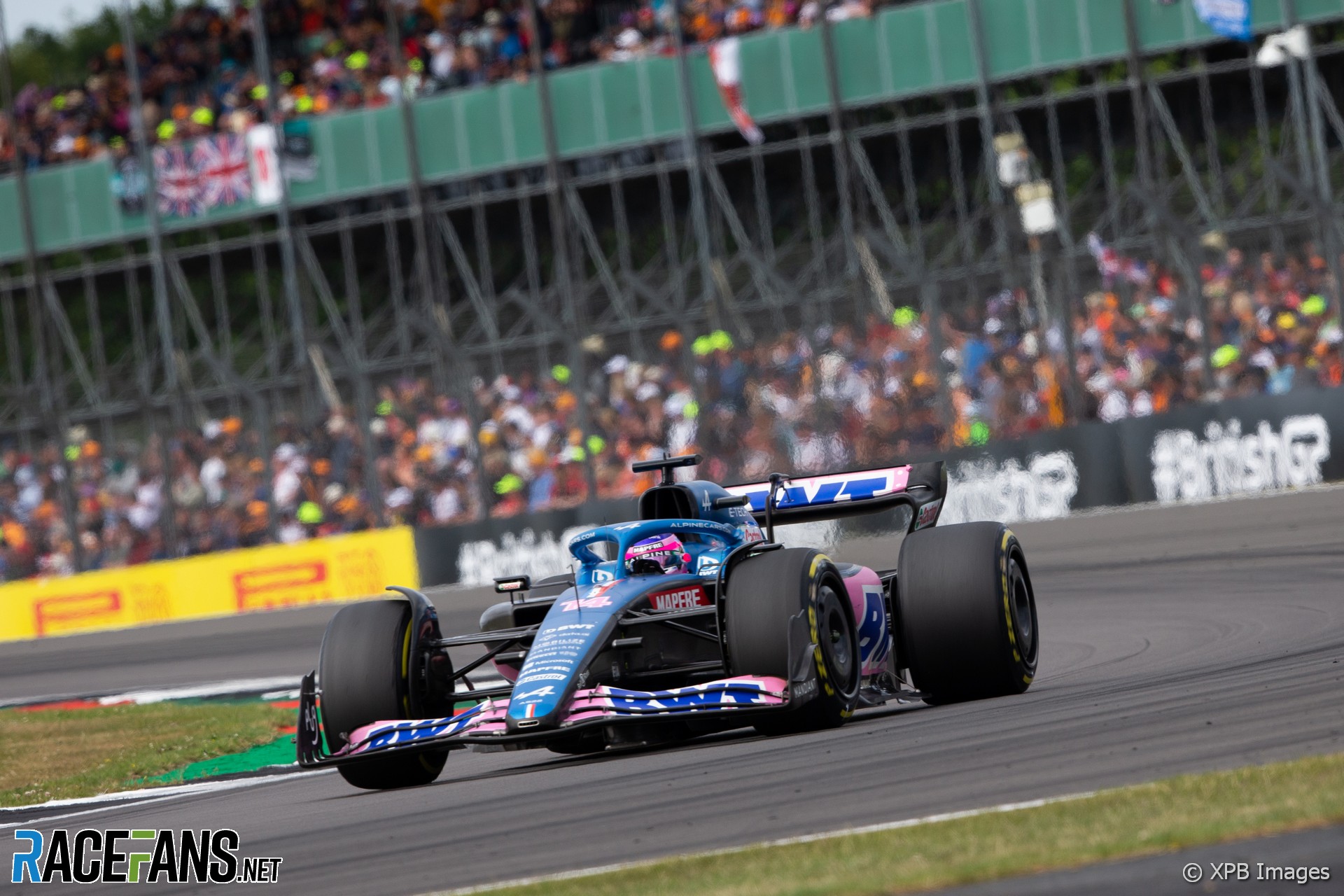 Fernando Alonso expected to be promoted to fourth place in the classification for the British Grand Prix because he thought Charles Leclerc would be given a penalty.

Leclerc was involved in a dramatic three-way scrap with Lewis Hamilton and Sergio Perez in the closing stages of the British Grand Prix. Alonso, who was given a five-second time penalty for weaving in the previous race at Montreal, claimed Leclerc broke the same rule he was penalised for two weeks ago.

“P5 is mega,” he told media including RaceFans after the race, “even though I have to say that I guess it’s going to be P4 because I saw Charles moving three changes of direction on the back straight defending from Lewis.

“I did once in Canada and I had five seconds [penalty] on the last lap. So I guess three movements are not allowed.”

The stewards also noted a possible infringement involving Sergio Perez, who finished ahead of Alonso. The Alpine driver expected he would end up “for sure fourth, maybe third.

“After the race, there is always action. I guess today I am not in the stewards, so I will have fun from the outside I hope.”

But although Alonso was convinced “they will look” at the incidents, the stewards did not issue any post-race penalties. Alonso therefore remained fifth behind Leclerc, with Perez second ahead of Hamilton.

The Alpine driver enjoyed his brief participation in the multi-car scrap over the final laps. “It was really, really fun at the end,” he said.

“Obviously we weren’t in the fight, we were just behind and we saw all the action in front. We were P5. So I was hoping that two cars, maybe they’d touch each other and the podium was there for us.

“But at the end they raced very hard, but with a lot of respect. So still fun to watch from from behind.”